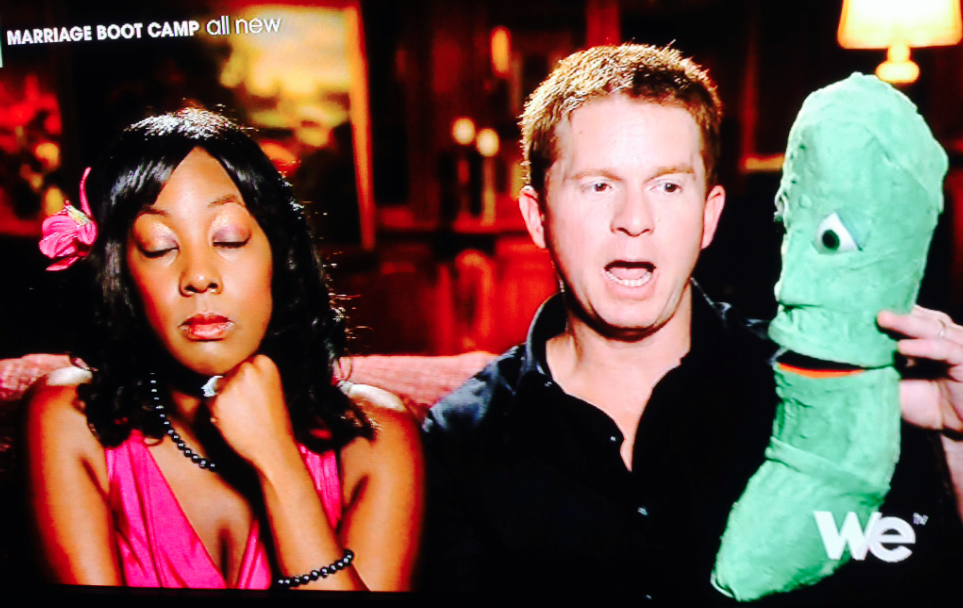 When you have a son pushing four, you may very well watch a lot of Bob the Builder and Jake and the Neverland Pirates and the like. What I’m worried about is the Bootcampeteers talking sex via puppets. And that those puppets will resemble, in any fashion, and of the Octonauts.

If these people sully Tunip‘s reputation, like this, all bets are off. I mean this.

And they’re all talking sex, or lack thereof, or standing off in the corner of the kitchen without puppets. And then the sergeants are talking. Can’t even focus on it, so worried about this puppet show.

The cast is announced:

They fucking call the hot dog “Mr. Weenie,” so this is a picture of Mr. Weenie getting told by a pink doughnut with jimmies on top that “a man needs to earn sex” … 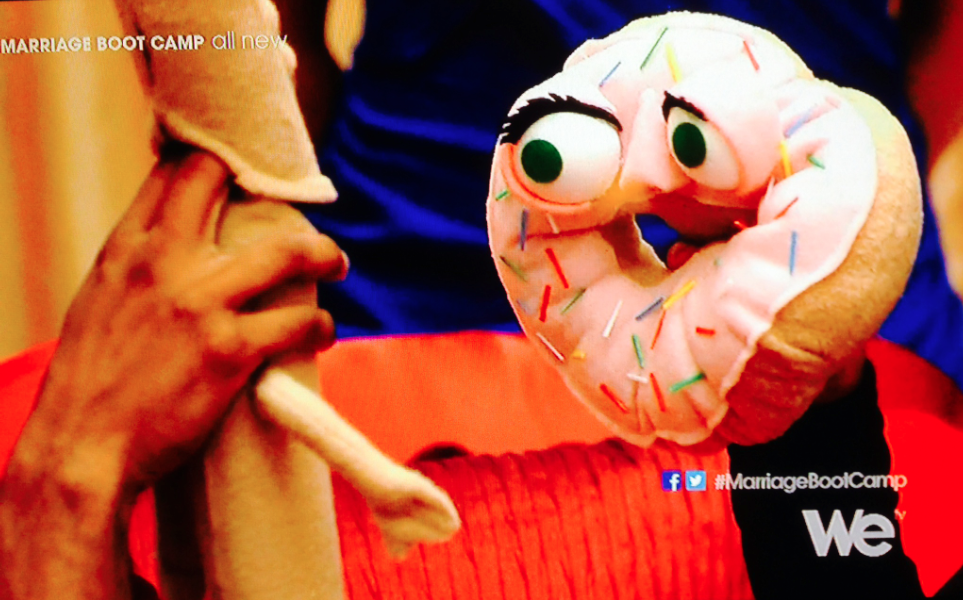 Taco wants its hair pulled by the Pickle; the Pickle wants the lights on.

Doughnut II and MWII. Something something.

Bumblebee and Flower are goofy. Awkward.

Oh, there’s a commercial for the Marriage Boot Camp with reality “stars.” Won’t be watching that.

And then the bumblebee, it’s said by Flower, doesn’t want to have sex ever. Awkwarder. Look …

Right? Gets even -erer.

They take the bros off for lapdance training. (Instructors below) 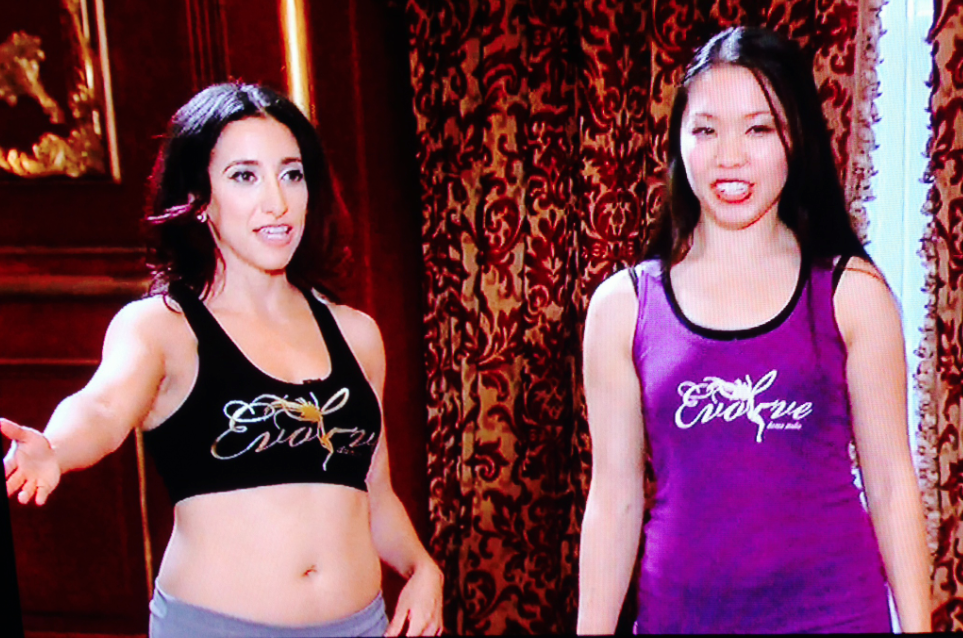 They take the gals off for makeovers. How empowering.

They make the dudes give each other lap dances. How empowering.

They’re sounding like they’re going to try to make MW bend to the will of a PDJoT, a horrible puppet. They bought in. Cred dent.

Anyway, they parade the ladies down the stairs in the least stereotypical segment in American reality-television history. Then, the flower said this about Jersey Shore …

← Our Day At The ‘Turkey Hill Experience’
Tale Of The Tape: Jocelyn ‘Bonnie’ Kirsch vs. Shayna ‘#TitsyCarThief’ Sykes →