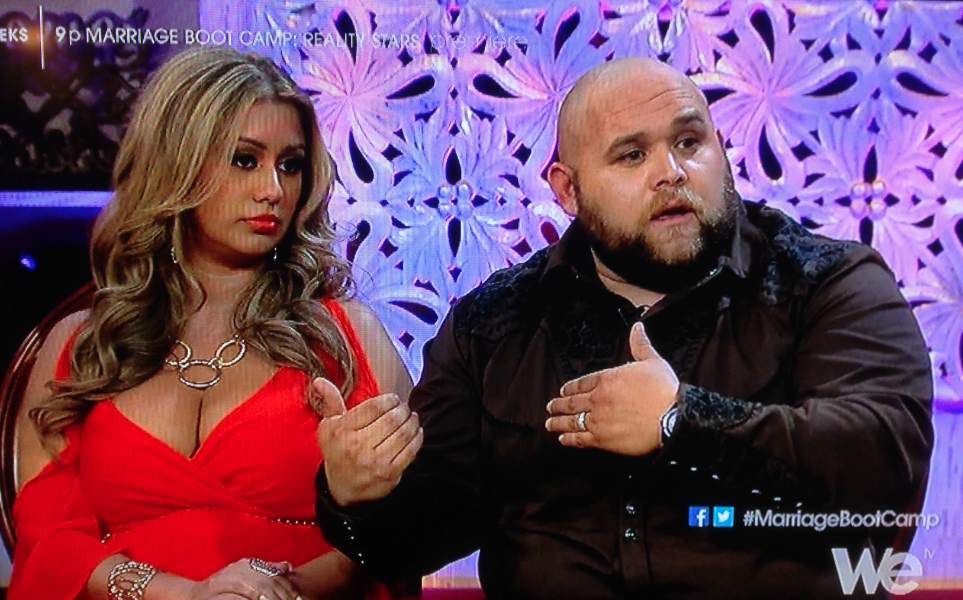 They call this Marriage Boot Camp episode “The Aftermath.” It was filmed six months after the show ended.

1. I mean, you knew there was going to be a brawl in the last episode.

2. Not sure I’m going to be able to watch this whole show, but Rob and Remy from Phillyish are supposed to be on, so there’s that.

4. I totally missed a whole riff on the “what’s in the box” from Se7en, and how it related to last week’s “ring ceremony” or whatever they called it.

5. The horrible person’s talking now, so I’m going to get that Vine for 3 to embed here.

6. Mark re-enlisted with her.

7. Then, she stepped to someone and went too far, is how I interpreted the explanation. 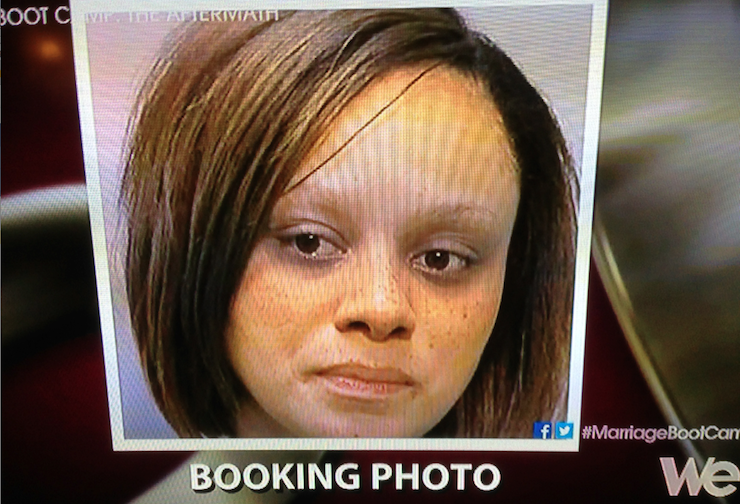 8. Aw, Tasha and Jeff broke up. Divorce’s final in a few weeks or is it?

10. Audience questions will be asked by Rob and Remy. But not yet.

11. I’m’a fast forward through all this gay-porn stuff.

12. Blanca edges right on up to the is-Shaun-gay whispers line, doesn’t cross.

13. Blanca gets grilled on cheating. Depends on what your definition of is is. She doesn’t have time to cheat. She squirms in her seat. Trying to poker-table read her. And she just don’t want to hear it no more. When accused of waiting to say shit in front of the cameras, Julian says “it’s never too late sweetheart” and rolls up his sleeves. The audience was his. Hadouken. And then, humility and forgiveness.

14. Julian took the shot out the girl’s cleavage and stepped back, Blanca. Truth.

15. Showing the brawl again. The conversation winds its way to the point where Sofia says “you people” to that lady and the dude who re-enlisted. Quick deflection toward class and lack thereof. But c’mon girl. 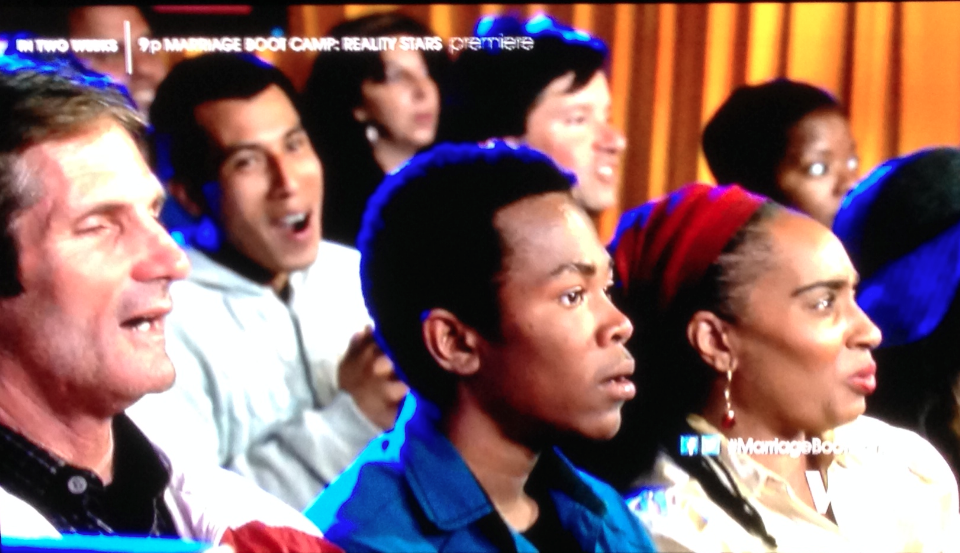 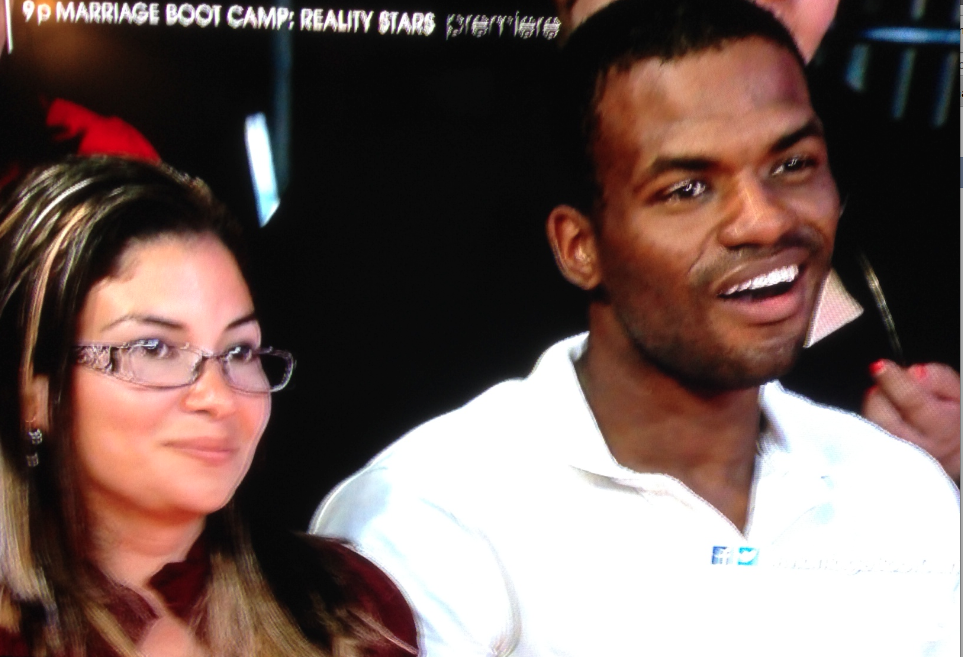 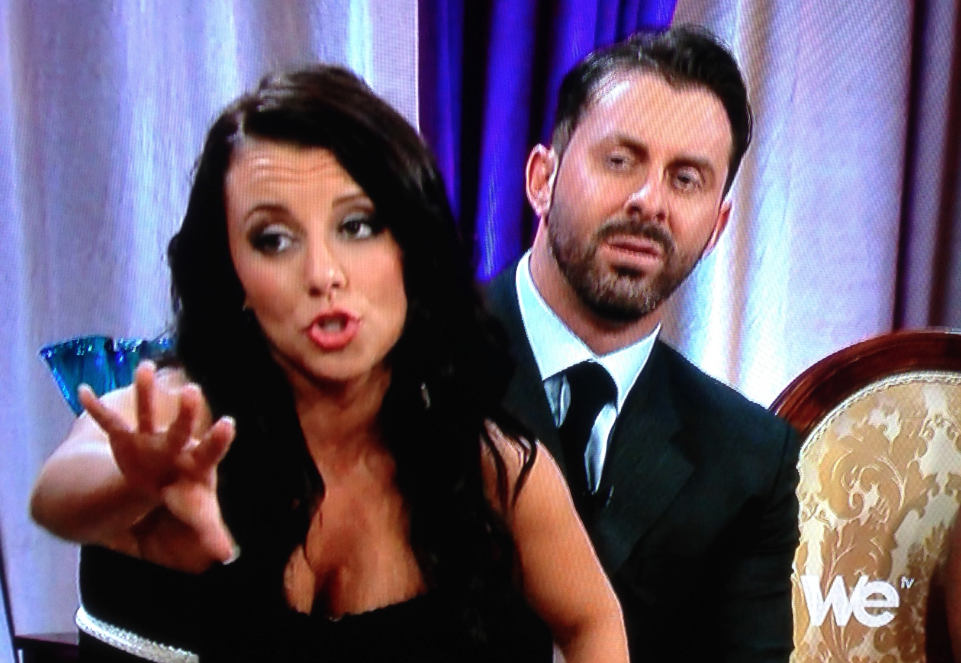 (L-R) You two people, not you people and your entire race. Back you and your girl off, bro.

19. Apparently Remy pissed all them girls off. They launch. Mai-Lee’s pretty amped. But that horrible lady gets loud. Imagine that. Rob brokers a peace. A tenuous peace at best. For as much as that horrible lady wields religion as a deflector shield (and insulator), peace will never be permitted an extended stay.

20. Question from audience (or email; not really sure): Diane from Jersey is all, like, Mai-Lee you bagged on every drill; why’d you even show up? She just ain’t about drills.

21. Regina from Atlanta wanted to know if Tomas really shot for horrible lady’s face in paintball. Damn right he did. Damn right he felt bad about it.

… They love each other. They know it’s time to walk away. They’re holding hands.

23. I may watch Marriage Boot Camp: Reality Stars sparingly, but only out of habit, and not for posting about. Maybe some Vines of Tanisha. She’s the best. But that’s it. Get. The fuck. Up. I’ll get something louder. Pop off.