Full disclosure: I’m gonna flip back and forth between #marriagebootcamp episode trois and the Tarheels game for a while..

Oh, so I saw these boot-camp sergeants were consulting the people on that Bachelor show last week. These are the thoughts I use to block out Blanca’s early-morning shower-screeching. I mean, I don’t know the first thing about that show, but somehow, I learned this over the course of the week.

Maybe that means we’re all too plugged in. Or maybe it’s just me. But whatever. Back to the show.

So they dress em all up in paintball gear. This will surely be a test of some urgent nuptial bond. Looks like a mix of sideshow-Cirque and major motion-picture garage-worker casting call. 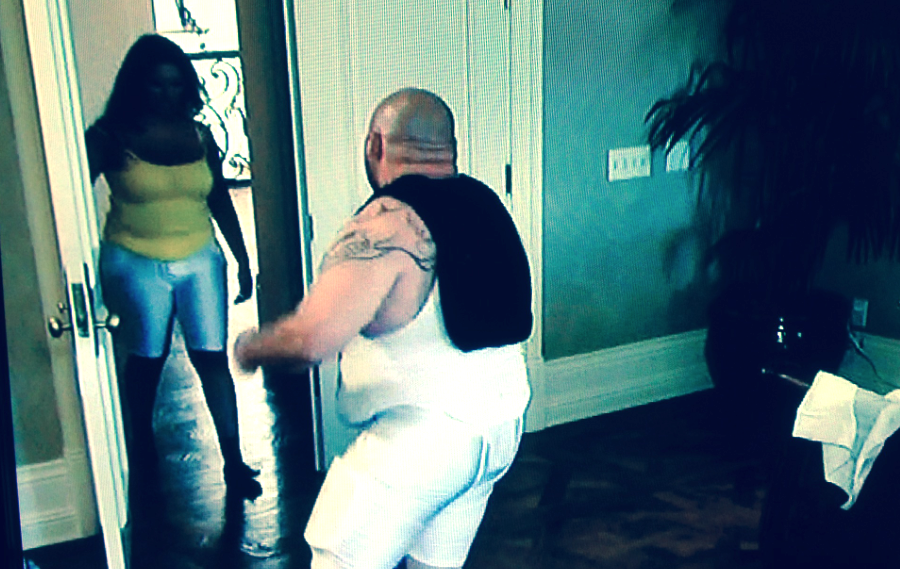 Bahahahaha. They’re going the zombie-ish route. Virus! Limited resources! WHO WILL LIVE AND WHO WILL DIE!!! But the paintballs are the votes and whatever. They did this last year I think. Shaun’s really contemplating an end-of-world scenario, like what would it be like if he faced life-or-death decisions (delivered with a remedial God-complex sensibility).

Back to Carolina game for a few (damn, Heels are down 2 with 7 minutes left).

Rewind to see they’re going paintballesvly-aggressively tell one another what they REALLY THINK ABOUT THEM!

Oh, they get to pitch themselves.

Shaun gets lit the fuck up. Eight. A couple in the nuts. Those came from Gloria. Says it’s the quickest way to bring a man to his knees. Still don’t like ‘er. Never will. Constantly on edge.

O AND THEN TASHA GETS RIDDLED. Good. Ain’t nobody would say they didn’t see it coming if she snapped one day. Real talk.*

Then she shoots her man. Train wreck.

Mai-Lee wants zero part of getting shot. This is translated as the equivalent of giving up on her marriage by some Fremont Street illusionist angle. Gloria and Mai-Lee start yelling at each other. Again.

Gloria’s looking forward to the chance to “light her ass up.” Because I guess there’s some Stockholm shit going on where this show becomes a perfect stage upon which to flex muscles best used in masking marrow-level insecurities at fleeting moments when non-diva admissions find the light of clarity, but are never spoken.

Bam. Shots to the face. Wah. Cot damn. This was a shut-up horsehead message.

They all want Julian to step the fuck up and stand his ground. Prolly three quarters right.

Blanca writes the criticisms off to haterade. Prolly about half right.

(Back to Carolina. Tied 77-77, 2.8 seconds left. Carolina at the line. James Michael McAdoo. Bump the clock back up to 3.5. Makes the first. Misses. Rebounds his own miss. Fouled with 1.7 seconds. One and one. Swoosh. Miss. Thru the hands of Providence. Good guys’ ball game. Hell yes, Carolina with the comeback. Down eight with 4 1/2 minutes left. Hell. Yes. TAR. HEELS. TAR. HEELS.)

Now Blanca’s talking smack on Julian. Those conniving hive-minders set this up. Oh, and he knew 10 fucking years ago that she didn’t like to cook. “Let’s use our adult voice,” he says. Baaaaaaaahaaaaaaaa.

Oh, they’re supposed to heed paintball lessons and get all talky about their character flaws during the obligatory sergeantory sessons. Look deep within yourself, Blanca Whateverlastnameling. Go seek out Miss Mofet, an old bootcamper of ours. M-o-f-e-t. Go now, I don’t think Shaun could manage to brawl again quite so soon.

Story sessions about victimhood are exchanged. 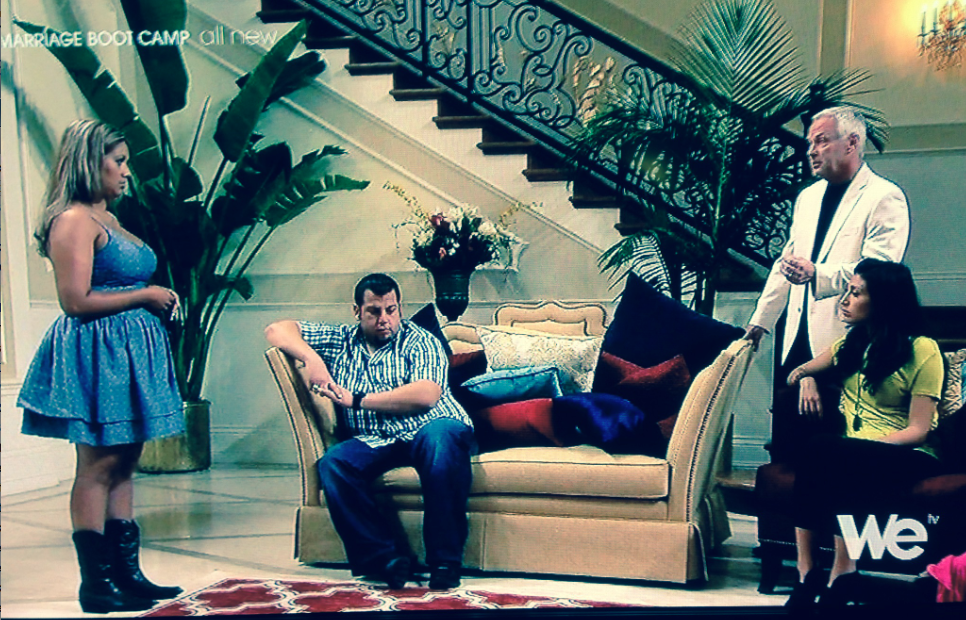 Jeff’s getting pep-talked during the commercial clip. He’s white-chocolate bunny interior, there. Then, he’s crying about a special-needs girl when he worked in some law-enforcement capacity. Her parents locked the kid in a closet. Diaper. Sounds like Danieal Kelly. Found string in her stomach when she died. Came from eating a mop in the closet. This is sickeningly horrible.

But now the boot camp guy is talking about basically hypnotizing him into a young child. Or maybe he just talks like a young child. This is just absurd. When people see horrible things, it sticks with them. Even if it ends up being a life parallel in narrative, that’s just happenstance. No causal connection imho. But this is what that all looked like:

I also mean, this is the perfect place for this episode to be bumping up against the end of its hour

Look ahead: Shaun gets called out for the drinking and for treating his ex better than Sofia and Gloria’s man gets pissed ’cause someone’s washing her feet in the pool.

(*as presented by a reality-TV show, but still)

← Hey Look, A Video Of Every Goal That Lionel Messi Scored For Barcelona
Rooney’s 58-Yard Goal Was Nice, But Tettey’s Volley (And Mine, By Proxy) Was Better →