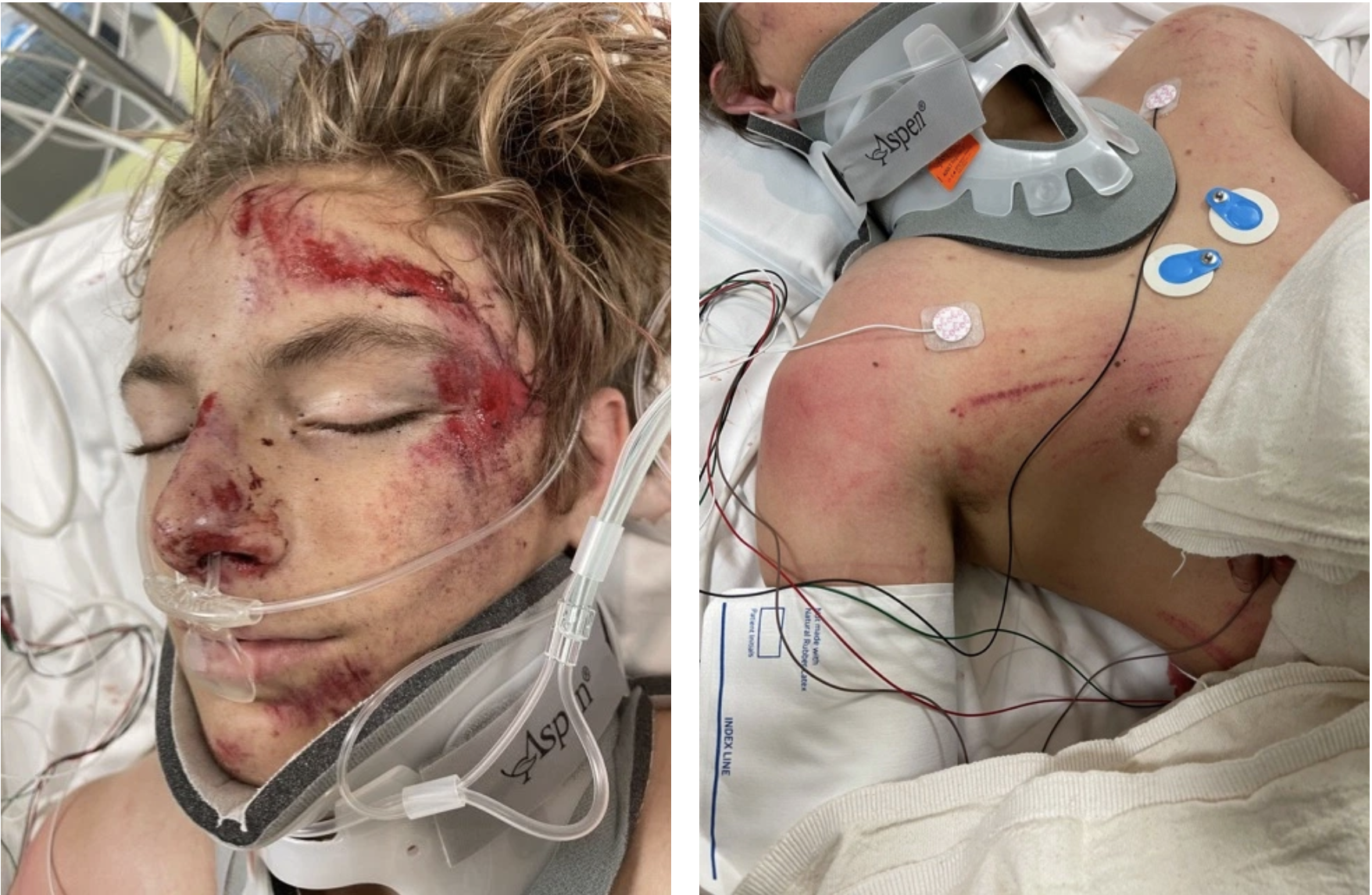 11525. COLUMBUS, Ohio (WSYX) — The Columbus Division of Police has identified a suspect’s vehicle that was involved in a hit and run on July 2 in east Columbus that left a 16-year-old girl in critical condition.

11526. “She will be greatly missed by her children, grandchildren and family that she leaves behind,” Vo’s family added.

11527. “I would rather you guys [hear] this from me than a news article. Mat was killed in a hit and run last night,” Okland tweeted. “I don’t really have any other words right now. I wish I could contact everybody who knows him personally but the news is already out and I just can’t do it right now.”

11528. A 6-year-old girl was taken to a hospital Sunday night after a hit-and-run in Fitchburg.

11529. A dirt bike driver struck a 4-year-old boy, critically injuring him, and then drove off in Queens on Sunday night, police said.

11531. Police on Monday identified a man killed when he was struck by a hit-and-run vehicle while trying to cross Halls Ferry Road in his motorized wheelchair.

11532. Bath police are still searching for a driver who they say struck a pedestrian and killed her dog in a hit-and-run on Washington Street last week, but a lack of witnesses and shortage of details have hindered the investigation.

11533. A tip to the Bakersfield Police Department’s crash investigation team helped identify the suspect in a hit-and-run that seriously injured a 3-year-old and a woman, according to a court document.

11534. “I was heartbroken. I thought that he was dead on that table at the hospital,” said Dirling. “I didn’t think he was alive.”

11535. “It was just devastating. Someone sent me the message last week telling me about her and…” Jaynes trailed off, holding back tears (with) one message to whoever hit Stewart and sped away. “You took a life. It was not an insignificant occurrence. So, you know, do what’s right.”

11536. “She was a great person. She’s only been in my family for a few years but she was just like she was my granddaughter and she doesn’t deserve this,” said Ratliff.

11537. A suspected hit-and-run driver accused of killing a pedestrian in Philadelphia’s Port Richmond last month turned himself in to police on Thursday.

11538. “Usually when you get hit that hard, at that [many] miles per hour, and the way his body fell and was limp, I thought he was dead,” Brooks said.

11539. “It’s just a matter of time before we find him, and you know, that was a real cowardly thing to do,” Luis Villanueva said. “You never know, we could have saved Jose’s life if he would have stopped, and you know, checked up on him. Make sure he was OK.”

11540. Police are looking for a sedan that hit a mother and her child, causing non-life-threatening injuries to the woman on Wednesday night.

11541. The woman who was killed in a series of hit-and-run crashes in Philadelphia and Montgomery County early Wednesday has been identified. Police said Adriana Moreno-Sanchez, 31, of Philadelphia, was hit and killed while walking home with a coworker near 15th and South streets in Center City.

11542. HBPD spokeswoman Jennifer Carey said officers were called to the scene on Edinger east of Springdale Street shortly before 3:45 a.m. about a possible hit-and-run incident involving a single vehicle and a pedestrian. At the location, they discovered the body of a woman, whose age and housing status could not immediately be determined.

11543. “Clearly this helmet saved my life and the car took off after that,” he said. “It was an extremely scary experience.”

11544. Police are searching for a speeding driver who fled after killing a pedestrian who had been hit by another car and was lying on a busy Charlotte road.

11545. An elderly woman was struck and killed in a hit-and-run in Fresno on Thursday, according to Fresno Police, as she was crossing the street while using a walker.

11545. Police have identified the woman killed in a hit-and-run outside of a local bar Thursday night in Middletown. Kelly McKinney, 39, was found dead on North Verity Parkway near Access 3 Road at about 10:30 p.m.

11546. Troopers have recovered a vehicle and identified a person of interest Friday in connection to a hit-and-run that left a 14-year-old bicyclist critically injured at the side of a Haddam road Thursday night, state police said.

11547. “I feel very destroyed over everything. I can’t understand it, can’t make sense of it,” said Augustine Del Rosario, a witness who escaped injury.

11548. “I think I’m more angry than sad, cause someone just hit and ran, you know?” said Sham. “What kind of person just does that…that’s my question, what if it was their dad?”

11549. A 76-year-old bicyclist who was hit by a suspected DUI hit-and-run driver almost a month ago has died, according to the Sacramento County Coroner’s Office.

11550. Police in Fremont are on the hunt for a hit-and-run driver who killed an elderly man out of Livermore on June 30th, leaving his family heartbroken.

11551. Police said a 19-year-old was walking along Alabama Highway after midnight when a car drove into the teen. The teen laid on the road for several minutes before anyone recognized that he was injured.

11552. “When the driver struck my mother, she would’ve gone up through the hood of the vehicle and hit the windshield, so they would’ve definitely known they struck her,” said Munger. “Didn’t think that they hit an animal and kept driving.”