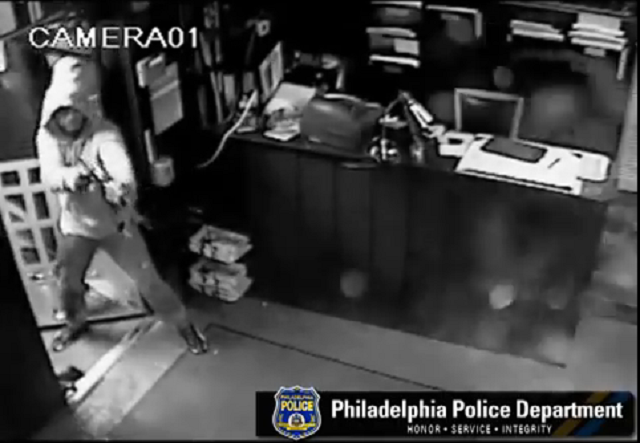 So, it seems that two guys got thrown out of the Purple Orchid strip club in Southwest Philly earlier this month. “A dispute with the management and bouncers” is how the police explained it.

What happened next? Happy you asked:

When the suspects were removed from the club, suspect #1 returned minutes later armed with an AK-47 rifle and fired numerous shots into a vehicle parked in the lot. The suspect then entered the club and fired several more shots inside. The suspect then fled the club entering a light colored sedan possibly a Hyundai or Mitsubishi driven by suspect #2. One person was struck by gunfire but is not life threatening.

You can read more about it via the Philly Police’s YouTube page. Then again, you can just watch the video here. Pretty much tells the story: