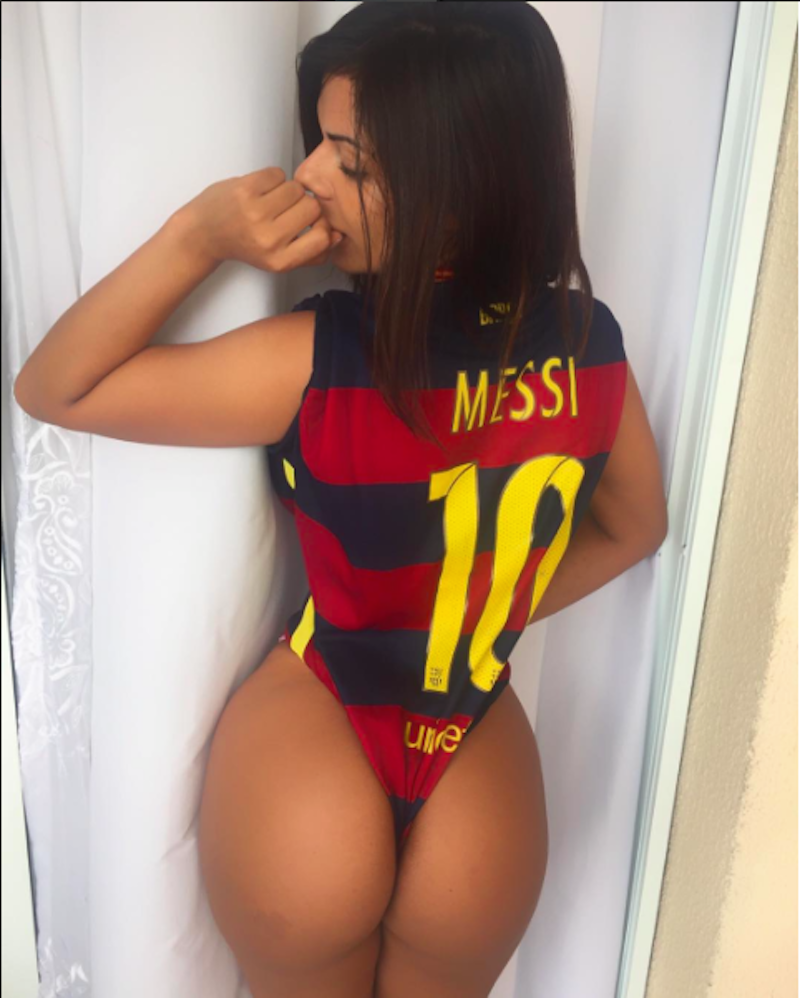 I don’t read Spanish or Portuguese or whatever as well as I used to, but I think ass-shots are pretty much the universal language of “If Miss BumBum Brazil posts pictures congratulating Messi for winning his 5th Ballon D’Or trophy, Philly Blunt is required to share them with its audience.”

She vowed to stop hooking up with footballers in 2016 but Suzy Cortez, the recently crowned Miss BumBum, is still showing her support for the athletes.

Wearing the sporting ace’s shirt pulled into a thong-like garment, the owner of the world’s most famous bottom showed her support for Messi with the photo.

Granted, I’d never heard of Miss BumBum Brazil until Google Alerts notified me of that thong-based Messi honor. But perusing her IG feed, it seems as if she rather enjoys posing pictures of her ass and licking popsicles.

← Check Out Tonight’s Sunset At The End Of My Block
Hit-and-Run America, Vol. DCLXXVI →