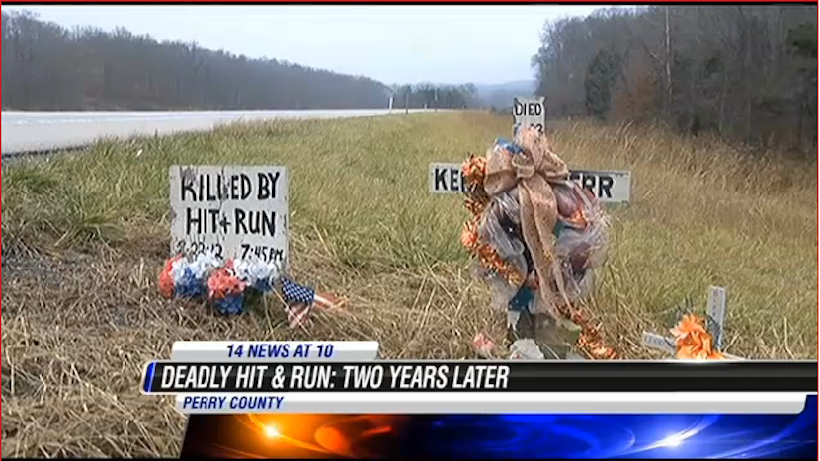 5986. Kinston, NC. Dec. 6. Woman injured when struck by an unidentified vehicle which fled the scene.

5987. Hialeah, Fla. Dec. 6. Man in his 20s injured when struck by an unidentified vehicle which fled the scene.

5990. Oakland, Pa. Dec. 7. Pedestrian injured when struck by an unidentified vehicle which fled the scene.

5991. McKeesport, Pa. Dec. 6. Pedestrian injured when struck by a gold Volvo which fled the scene.

5996. Tallahassee, Fla. Dec. 7. Pedestrian injured when struck by a dark-colored four-door sedan which fled the scene.

5998. Bethlehem, Pa. Dec. 9. 23-year-old man injured when struck by a silver or gray full-sized Chevrolet or GMC pickup truck, likely a model from the mid-2000s which fled the scene. 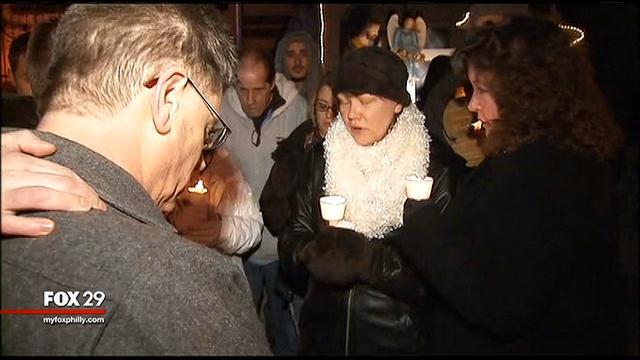 MONTGOMERY COUNTY, Pa. – A community turned out to show a wife and her children support after her husband was killed in a hit-and run. Police say he was struck by not one, but two drivers.

On Monday night, more than a hundred people gathered at a vigil in Bridgeport to lend support to the widow of Tom Daley

“Please continue to pray for us and my husband, Tom,” said Eileen Daley.

Many were wrapped in blankets, holding candles on the cold December night.

“He was so special. He is going to be really missed. We are so sad about this,” said Marcy Anderson.

Pennsylvania State Police in Northampton County are still searching for the driver who hit Richard L. Smith Jr., 44, of Blairsville, Pa., late last month. But that didn’t stop cops from citing the hit-and-run victim for jaywalking.

Friends of the mom who was severely injured in a hit-and-run crash last week while walking her 4-year-old son to preschool have set up a fundraising campaign to help support the family during her recovery.

More than a dozen people had already contributed more than $1,150 of the campaign’s $50,000 goal as of Monday afternoon to help pay for childcare, medical bills and other expenses.

KANSAS CITY, Kan. —Police said they are now looking for the father of a 2-year-old boy who was run over in an apartment complex parking lot last month as a person of interest in the case.

Eduardo Lopez, 2, was critically injured when someone hit him at the Kensington Park Plaza apartments on Nov. 24 and left the scene.

Police said they want to question the boy’s father, also named Eduardo Lopez, in the case.

“We just want to speak to him in reference to the accident,” said Officer Amber Hickerson of the Kansas City, Kansas, Police Department. “To see what he knows.”

The whiskey bottle was found inside Lininger’s Subaru Outback and had the palm prints of the victim, Haley Marie Nancarrow. Nancarrow was recorded on a surveillance camera at a nearby liquor store buying the whiskey a short time before the crash.

Two teenage girls suspected in a hit-and-run accident that critically injured a 15-year-old boy at a Lincoln McDonald’s were taken to jail Tuesday evening, police said.

SAN LEANDRO — A 16-year-old Oakland girl who is accused of running over a San Leandro police officer with a stolen vehicle, prompting police to open fire Dec. 4, has been charged in juvenile court, authorities said.

The girl, whose name was not released, was charged Tuesday with assault with a deadly weapon against a police officer causing great bodily injury, felony hit and run resulting in great bodily injury and auto theft in connection to the hit and run that seriously injured the officer. The 18-year veteran officer captured the incident on a body camera he was wearing, San Leandro police Lt. Robert McManus said Wednesday.

PERRY CO., IN (WFIE) – It’s been more than two years since a Boonville man died in a hit and run crash, and his family is still searching for his killer.

The crash happened on August 22, 2012 when Kenny Derr was changing a tire with his brother along Interstate 64 in Perry County.

Someone ran over him, killing him, and the driver never stopped the car.

Police have been following hundreds of leads since the hit and run crash, but none have led them to the person responsible.

Regardless, Derr’s family says they’re not giving up.

SOUTH BRUNSWICK — A case involving a 2011 hit-and-run accident has been settled for $3.25 million after laboratory analysis matched the victim’s belt to the suspect’s vehicle.

Reynaldo Torres Pena was 18 years old in August 2011 when he was struck by a box truck on the shoulder of the New Jersey Turnpike in South Brunswick, according to his East Brunswick-based attorney, Brian Goldenfarb.

Torres Pena, of Philadelphia, Pa., had pulled his vehicle onto the shoulder of the highway with a flat tire. He was preparing to change the tire when he was struck, Goldenfarb said.

Margaret Mayer, 35, arrives to the 230th State District Court at the Harris County Criminal Courthouse where she was found guilty of failing to stop and render aid to victim Chelsea Norman who was riding her bicycle home on December, 2013. Wednesday, Dec. 10, 2014, in Houston.

SCITUATE, R.I. — Matthew Fellela, 28, of Johnston, the son of state Rep. Deborah A. Fellela, a Democrat who represents Johnston, was arrested Wednesday and charged with leaving the scene of a Nov. 22 accident and obstructing officers, the state police said.