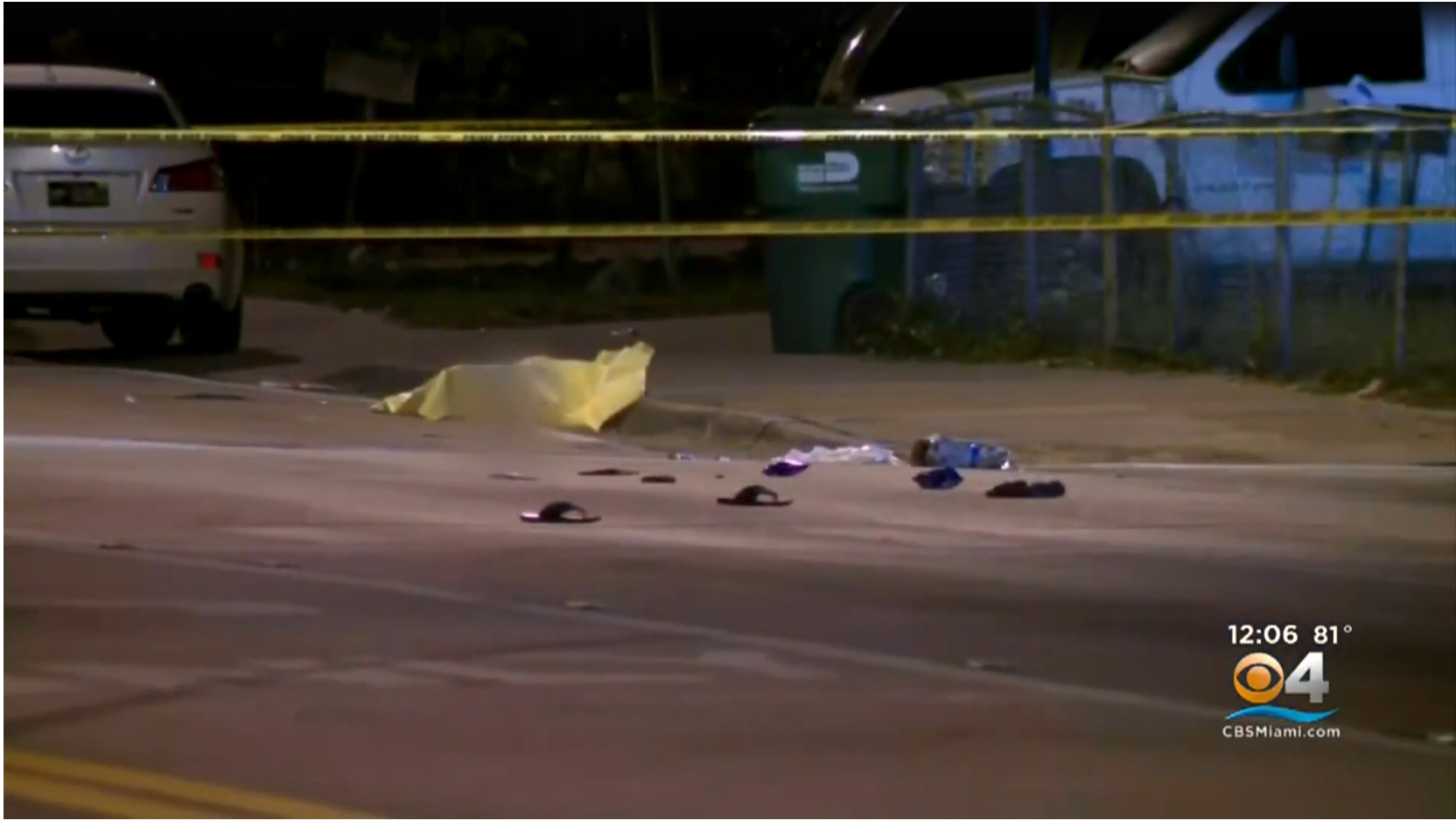 10742. “She was special, she loved to sing, friendly. Would do anything for her friends. She had a lot of friends, they all love her,” Gatling said.

10744. “I just wish we could have helped her, or something, you know?” said Christine before she broke down in tears.

10745. “He did those things out of the kindness of his heart,” said Scott. “He was just a nice person. He really was, and he didn’t expect any reward for the things he was doing.”

10746. Just before 1:30 a.m., police said a woman was crossing the street at 13th Street and Cass when she was hit by a vehicle driving westbound. Police said a 33-year-old man then went to help the woman when another vehicle driving eastbound hit both of them.

10747. Deirdre Ingersoll, Richard’s co-worker, says, “We just hope that this corner here has a little more safety, and a little more lighting, because then maybe it wouldn’t have happened.”

10748. A GoFundMe account has been set up for the family of a man who was struck and killed by a hit-and-run driver while changing a tire along the shoulder of the New Jersey Turnpike.

10749. A second high schooler has died as a result of a hit-and-run that struck six students near a school in Moore, Oklahoma, officials said Tuesday. Sophomore Yuridia Martinez died Tuesday from her injuries, officials announced at a news conference. Senior Rachel Freeman died at the scene of the Monday afternoon accident. The suspect, identified as 57-year-old Max Leroy Townsend, was driving a red pickup truck when he crashed into six students. Townsend did not stop after hitting the students but was apprehended about three blocks away, police said.

10750. Philadelphia Police say 21-year-old Todd Burton of Northeast Philadelphia was behind the wheel shortly before 4 a.m. on Jan. 12, when he struck 27-year-old Tiffany Reed with his car as she was crossing North Broad Street at Lehigh Avenue.

10751. ANN ARBOR, MI – An 80-year-old Troy resident is in critical condition after a hit and run on the University of Michigan campus, police said.

10753. “We need the support,” Willis-Rodgers said. “My daddy fighting for his life right now. He’s in critical condition. He’s fighting.”

10755. LANSDOWNE, Pa. (CBS) — Authorities want the public’s help in a deadly hit-and-run. They’re searching for the driver who struck and killed an 80-year-old man on a bicycle.

10756. Ealy told officers he thought he “might have struck a dog” when he hit the man, and he didn’t see anything so he drove to the liquor store and then home.

10757. “All I know is she was coming out the store, coming to that light right there and the light turned for them to cross, but that the car that was coming from this way, he kept going, so she pulled her son back. If she wouldn’t have pulled her son back both of them probably would have gotten killed. But she spared her son,” said Brown.

10758. “There’s a crosswalk there, but people just treat it like it’s not even there,” he said. “Cars honking at pedestrians walking in the crosswalk, and it’s like: ‘Dude, it’s a crosswalk. Wait for the people to cross.'”

10759. “He was here wedged between the wall and the bushes,” he said. “He was hidden in there. You could barely see him. If it wasn’t for the light on my phone, I wouldn’t have been able to see him.”

10760. Simultaneously, a pedestrian identified as Marilyn McKillian, 64, was riding in her motorized wheelchair. She crossed Arrowhead in a westerly direction, north of the crosswalk. The tractor-trailer collided with her and the driver fled the area, police said. McKillian was pronounced deceased at the scene.

10761. Police arrested an 85-year-old man in connection with a hit-and-run collision that left an Eastvale woman dead. The suspect was taken into custody after the victim’s husband found the vehicle believed to have been involved and notified authorities.

10763. “I know the justice system takes its time and I will be patient. I would just love to ask him why he didn’t come forward?” Garrity said. “I would like to think that something good comes out of Tom’s death and that maybe this person responsible will never do it to another family. Might be the good thing.”

10764. When the stroller was hit, the baby was thrown and suffered facial injuries.

10765. Richmond police on Saturday called on the public to help them in the search for a driver who fatally struck a 4-year-old boy and sped away from the scene of the collision. Marianne Favro reports.

10766. ARDMORE, Pa. (CBS) — It was a sea of light in Ardmore on Saturday night in memory of a man who was killed in a hit-and-run. Ardmore Avenue looked very different on Thursday night after Carter Wilson was struck at the intersection with School Lane.

← Hit-and-Run America, Vol. DCCXCI
Here’s A Gif Of A Slick Goal By Louden →