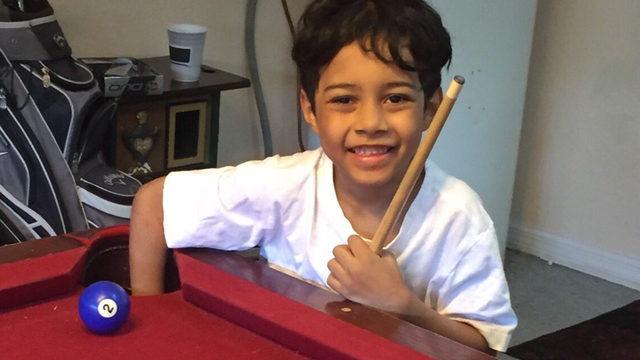 10405.  State Police in Armstrong County say a woman was struck and severely injured in a hit-and-run crash while “searching for ghosts” in Kittanning Township.

10406. “If anybody out there wants to help out we really appreciate it…I would love if (the driver) admit it. Then I want them to turn themselves in…iif it’s an accident, I know its hard, but I’ll forgive him,” Amor said.

10407. Myrtle Beach man arrested for hit-and-run after asking officer for a ride.

10408. Two adult brothers were killed and two people were being sought after a violent hit-and-run in a residential neighborhood that was captured on surveillance video early on May 5, authorities said.

10409. “The last time I talked to my father was last Sunday,” she said, “We talked a couple [of] times on the phone because he knew I was flying back home to Buffalo to come see the family, and he’s like, ‘Okay, when you get there call me.'”

10410. Road rage might have led to a deadly hit-and-run in Southeast Austin, police said.

10411. A woman in a wheelchair who was struck by a hit-and-run driver has been gifted a new wheelchair by the police officers who responded to the scene of the incident.

10412. A Cobb County second grader hit by a car as he crossed the street last week is now out of a coma, his family said.

The grandmother of 8-year-old Eesah Johnson said he is doing better, but still unconscious and hooked up to breathing machines.

“He’s still fighting for his life,” Raquel Young told AJC.com. “He’s not strong enough yet to breathe on his own, but we’re happy that he’s out of a coma. That’s the main thing.”

10413. A 21-year-old woman has been accused of taking matters into her own hands after witnessing a hit-and-run crash in Clayton County. Her attorney calls her a good Samaritan. Police are calling her a murderer.

10414. “I would like for them too explain why they did it, what was the reasoning why didn’t they stop,” said Machutta.

10416. A fight outside a New Jersey strip club ended in a hit-and-run, leaving two men in critical condition, police said. It happened just after 3 a.m. in front of the Cheeques Gentlemen’s Club on E. Linden Avenue, police said.

10417. A 23-year-old woman was killed and her brother was critically injured while on their way to celebrate Mother’s Day when the car they were in was struck by a hit-and-run driver who police say might have been street racing in Willowbrook.

10418. “We got the call that he was taken to the emergency room and he was hit– and we were just so stunned. By the events that occurred, because, to me, it was just a senseless act– to hit somebody and just to drive off without no care or concern, and because of that, we are here today having to deal with his loss and try to come to some kind of absolution about this situation,” said Harkless.

10419. Cops on Friday busted a hit-and-run driver in the March 2018 death of a Bronx dad celebrating his 27th birthday.

10421. “We were riding at a safe distance in a straight line,” said Willy Aladro, who was riding third behind two women cyclists. “He honked and swerved and attacked with his car … it was very aggressive … this was intentional, this was not an accident.”

10422. A woman who’s in town visiting from Akron, Ohio is recovering from serious injuries after she was run over while sun bathing near the Sadler Road access point in Fernandina Beach. Action News Jax obtained surveillance video from Sliders Seaside Grill which shows the moment a silver Jeep Cherokee hit a sunbather.

10423. Police said they were called to the intersection of California Avenue and Osage Street at around 7 p.m. When they got there, they found a 3-year-old child conscious and breathing after being hit by a car.

10424. CLEVELAND, Ohio – “The memories of her walking around here, hearing her voice, you know, she would come and give me a hug, I’d give her a hug,” says Annette Hill about her 14-year-old daughter, Chelsea. But an accident on Memorial Day 2015 took Chelsea’s life and Annette will never get another hug from her daughter.

10425. The family of a woman killed by a taxi near her home in Queens plans to sue the city for $25 million — and hopes the case leads to changes in street design, cabbie licensing rules, and taxi insurance requirements.

10426. Two Philadelphia medics and a police officer were injured in a hit-and-run overnight. Cellphone video from Michael Toth shows the scene at Griscom and Pratt Streets in Frankford, just before 11 p.m. Tuesday. Police say a red car slammed head-on into a rescue squad. The driver then got out and started running, police say. An officer chased down that suspect but suffered a minor injury while making the arrest.

10427. Philadelphia police are searching for a hit-and-run driver accused of critically injuring a 73-year-old man in the city’s Kensington section. The incident happened on the 3200 block of G Street, around 3:25 p.m. on Wednesday.