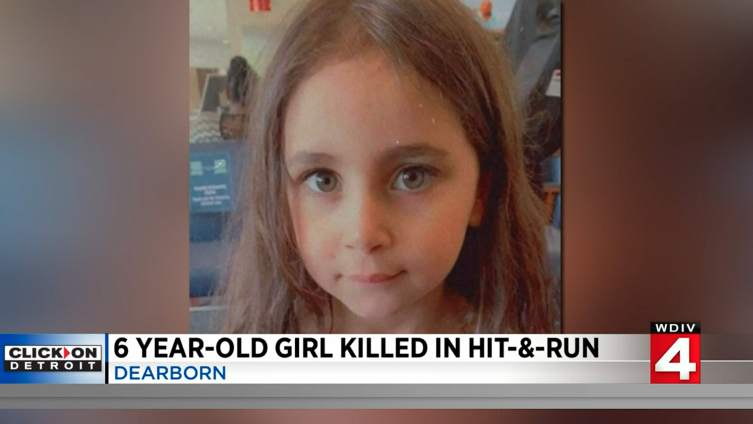 11726. “You may hear every excuse in the book – that they’re late for work, they didn’t have time, they didn’t think the damage was that bad. We get a lot of that,” Sadowski explained.

11727. “They saw the post and they called,” Brown said. “They did the right thing. They did the responsible thing. There are some good people left in the world.

11728. The number of hit-and-run crashes in Chicago has skyrocketed over the past year, according to an NBC 5 Investigates’ analysis of the city’s own data that shows the past 12 months have seen the highest number of crashes, deaths and incapacitating injuries of the past four years.

11729. “My heart is aching tonight for the tragic loss of this beautiful 6 year old girl,” Wayne County Commissioner Sam Baydoun wrote in a Facebook post.

11732. Police are asking for the public’s help as they search for a hit-and-run driver who struck and seriously injured a pedestrian in Atlantic City on Sunday. The 68-year-old Galloway woman was hit by two vehicles around 1:15 a.m. near the corner of Arkansas and Pacific avenues, Atlantic City police said Wednesday.

11733. A man wanted in connection with a stabbing stole two cars and killed two people in separate hit-and-run crashes Wednesday afternoon while trying to elude officers, police say. Fort Worth SWAT officers eventually used gas to force the man’s surrender at the end of a police chase.

11734. Deptford Township officers responded to Delsea Drive, between Kohler and Lexington avenues, on Saturday night around 6:30 for a report of a struck pedestrian and found a 33-year-old township man lying in the roadway.

11735. Benedicto’s family said the fiercely independent former Navy man was making a grocery run at the time. He had recently finished chemotherapy and his family said he was in the process of recovering.

11736. The pedestrian, identified by her boyfriend as 26-year-old Jordan Moore of Marina del Rey, suffered “serious bodily injury,” but the driver of the vehicle fled the scene, which could result in a felony charge for hit-and-run, police added.

11737. A Friday morning fight at Bomber O’Brien’s Sports Bar and Grill turned into a hit-and-run — killing the bar’s owner and leaving another man injured.

11739. He “cared for generations of children in Lancaster County over his three-decade career,” his obituary reads.

11740. A vehicle struck the 9-year-old Milwaukee girl as she was crossing the street. The suspect drove off.

11741. The Lansing Police Department says the victim of the Lansing hit and run over the weekend was a 13-year-old boy. When authorities arrived at the intersection of West Jolly Road and Kensington the victim succumbed to his injuries.

11742. A motorist who got out of his car at a major highway intersection in Prince George’s County was struck and killed early Sunday in a hit-and-run incident, the Maryland state police said.

11743. Orlando police are still searching for the hit-and-run driver responsible for hitting and killing a pedestrian last week in downtown Orlando.

11744. A 59-year-old man riding a bicycle was killed in a hit-and-run crash in Chicago’s Back of the Yards neighborhood Monday morning, police said.