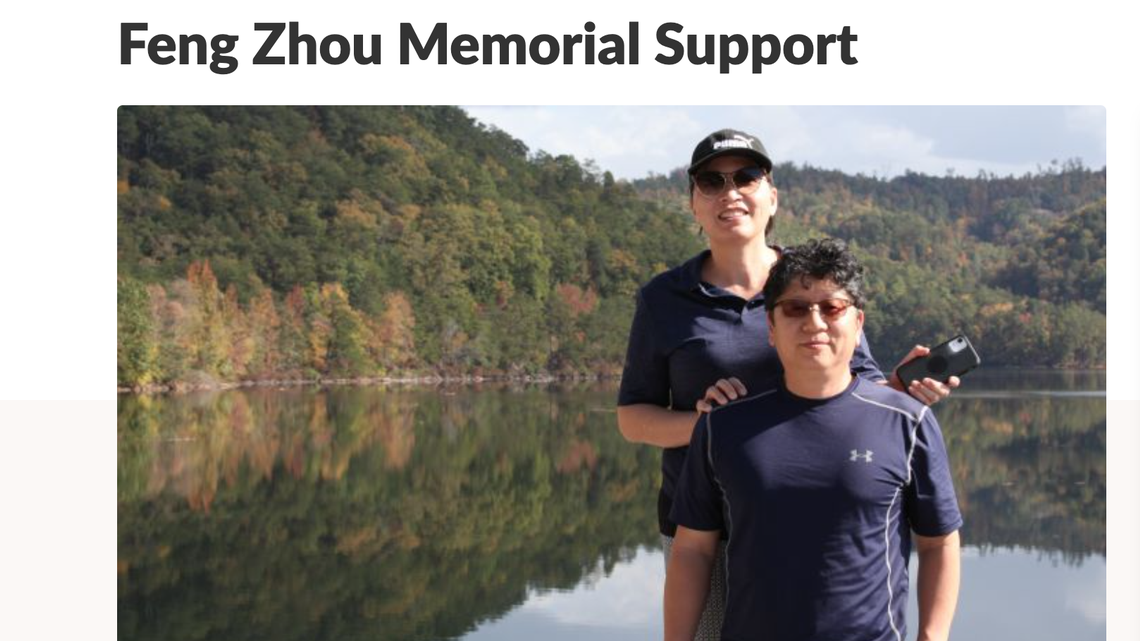 11301. Nicki Minaj’s mother has filed a civil suit in the death of the rapper’s father, Robert Maraj, who died last month in a fatal hit-and-run accident.

11302. “He was a great father, and he just had an awesome personality. That’s what everybody always remembered about Oscar. He was one of a kind. His personality was amazing,” she said.

11303. Police are searching for a suspect in a fatal hit-and-run that killed a University of Georgia student on Sunday, according to an Athens-Clarke County Police Department spokesperson.

11304. “My dad loved unconditionally,” his son wrote on the GoFundMe. “He loved God, his family and his neighbors — even more than he loved himself. He had a heart of compassion overflowing with love, and he loved to help those in need.”

11305. “I was able to get an update this morning and they removed his breathing tube and he’s awake from sedation and in a lot of pain obviously. But he’s alive so that’s all that really matters right now,” said Hohmann.

11306. A funeral was held for Maze last weekend, paid for by the Miami Heat. The team also posted messages to social media asking for help in finding the person responsible for Maze’s death.

11307. “It’s bothersome. Just extremely bothersome when you have someone struck and laying in the road and someone doesn’t bother to stop and try to treat them like another human being and render aid or call somebody for assistance,” Sgt. Uhall said.

11308. “Only thing I can say is he did not look in his rearview mirror to see if I was still standing there and he backed up and knocked me down on the ground,” Harris said.

11311. Police said the 37-year-old man was hit on Sherman Avenue between Elm Street and Whalley Avenue just before 9 p.m. A 40-year-old woman reported hearing the impact and was able to get to the victim before emergency crews arrived. Police said she was able to perform CPR on the victim until firefighters and medical personnel got there.

11312. ORMOND BEACH, Fla. – A man accused of crashing into a woman after a fight and then driving off as she died has been arrested, according to the Ormond Beach Police Department.

11313. A 76-year old Haverhill man has been charged with motor vehicle homicide in connection with a fatal hit-and-run crash that occurred more than two years ago at White’s Corner, near Central Plaza, according to police.

11314. ALLEGAN COUNTY, MI — A man initially thought to be a good Samaritan following a hit-and-run cash that fatally injured an 88-year-old woman is now facing charges in her death.

11315. “I saw Merrill at his worst and then I saw him be at his best for a long time and he did it with a pure heart. He didn’t have an enemy. He loved people. He loved life and God gave him that,” said Rabus’s sister-in-law Mary Alice Burke.

11316. “I don’t think it’s OK for anybody hit a pedestrian and just leave them for dead on the side of the road, so it would bring relief to our family. We just want to find out who did this,” said Jeremiah’s mom, Rebekah Padilla.

11317.Police said the bicyclist, 34-year-old Dustin Kwilecki of Kenneth City, was heading south when they were rear-ended by a driver who fled the scene. Kwilecki was taken to an area hospital where he is listed in critical condition.

11318. “The drivers of these two incidences fled the scene,” said Lieutenant Greg Munson with LVMPD Traffic Bureau. “They left, not calling for medical attention, not rendering any aid to those people. They left them to lie there and die on the roadways.”

11319. AURORA, Ill. – Police in Aurora are looking for the driver responsible for fatally striking a pedestrian with the vehicle and driving off.

11320. MIAMI BEACH, FLA. (WSVN) – A bicyclist has been hospitalized after an ex-adult film actress allegedly struck him in a hit-and-run on the MacArthur Causeway in Miami Beach.

11321. Jones was described by fellow encampment residents as a kind person and loving mother and daughter who often took care of others around her.

11322. Lexington police were investigating a fatal hit-and-run Wednesday morning after a teenager was found dead in the road.

11323. Oak Farms Dairy is offering a $10,000 reward for information leading to an arrest and conviction.

11324. Investigators said the teenager was taken to All Children’s Hospital with “potential  life-threatening injuries.”

11325. The Athens-Clarke County Police department identified a suspect in a March 21 hit-and-run that left UGA student Knox Whiten dead, according to a press release.

11326. Howard County police are still searching for the driver of a vehicle who struck and killed a 17-year-old girl on Halloween and then fled the scene.

11327. Wichita police are trying to crack down on street racing in the city after two recent incidents that resulted in the death of an 18-year-old man who crashed his car and the serious injury of a 9-year-old boy crossing the street.