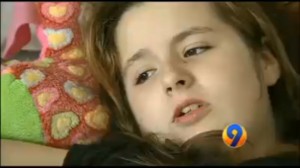 2378. Kansas City, Kan. March 15. Unidentified man in his 40s critically injured when struck by an unidentified vehicle which fled the scene.

2379. Corpus Christi, Texas. March 14. 7-year-old boy getting a frisbee out of the street injured when he was hit by a red Ford Mustang which fled the scene.

2380. Las Vegas, Nev. March 15. 27-year-old man fatally struck by a 2001 Chevrolet Silverado pickup which fled by was later tracked down.

2381. Los Angeles. March 17. Woman in her 80s fatally struck by a vehicle, possibly a silver Nissan SUV, which fled the scene.

2382-83. Clifton, NJ. March 17. 28-year-old woman and 35-year-old man killed when struck by a silver car which fled the scene. “The pair, along with two other companions, had been driving together on Route 46, on their way back from an evening out at a bar. … [The female victim] had been arguing with her boyfriend and asked the driver to stop the car and let her out.”

2384. Baltimore, Md. March 17. Worker on I-95 injured when struck by a silver or gold-colored GM sedan or Pontiac Grand Prix which fled the scene.

2385. Elk Grove, Cal. March 17. Man in his 20s struck and killed by an unidentified vehicle which fled the scene.

2386. Moorestown, NJ. March 16. 69-year-old man hospitalized after being hit by a small red car which fled the scene.

A Eugene man is accused of using his truck to try to settle a dispute with someone he knew — by running into the person on a sidewalk when he was walking his dog. The victim was injured, and the dog was killed, Eugene police said.

A Mena man has been charged with leaving the scene of an injury accident after he allegedly ran over a 1-year-old girl with his truck. Kevin Heard, 28, was arrested Wednesday.
“One of the witnesses said that you know her dress was flying around and it appeared like a trash bag flying through the air,” said Det. Brandon Martin. Investigators say the victim is Lillian Thacker.

Cassie Cozzen remembers almost nothing about the March 5 crash along Oxford School Road near Claremont. The sixth-grader was walking with a friend when police said she was hit by an SUV that kept going.
“They didn’t stop, and I almost died,” Cozzen said.

Greenwood police said that later, Shantekeia Mourey, who lives in Greenwood, called and filed a police report saying that her 1997 Pontiac Bonneville was vandalized while sitting in the yard of her home.

The officer who took the report recognized the car as a possible match to the suspect vehicle from an alert that was issued for hit-and-run vehicle.

Mourey was questioned about the incident, and police said she admitted to filing a false police report in an effort to cover up the hit-and-run. She also admitted to being the driver of the vehicle when the victim was struck, police said.

Police said Mourey was also later found to not have a valid driver’s license.

Tanya Morris, 25, was crossing the street to go home when the family said a speeding car came down the street, hit her and took off. The family estimated she was thrown about 50 feet.

“One of her shoes that she had on, ended up being over on the sidewalk,” said Curtis Lewis, Morris’ fiance.

“In my left leg I have four rods, and it was broken in four places. I have screws in my ankles. I have a fractured pelvis with a plate in the front and the back,” Morris said.

A man critically injured in a hit-and-run in northwest Atlanta in November died on his 26th birthday Wednesday, Channel 2 Action News reported.

The 22-year-old spent a second night clinging to life as her parents are hoping this might be the night doctors let them visit.

Mai’s family had a Lao shaman and they used fire as an offering to the spirits to help her recover.

Mai Xiong is a student at Alverno College, where she plays volleyball and aspires to be a model.

Investigators say that a car hit a 22-year-old man who was riding a bike at the intersection of 30th and Diamond Streets shortly before 7:00 a.m. The injured man, who has not been identified, was taken to Temple University Hospital, where he is listed as being in stable condition with face and leg injuries.

Police arrested 24-year-old Lanaye Jones at the intersection of 19th and York Streets a short time after the crash.

← The Most Disturbing Thing About Those Dudes Kissing At A Santorum Event Was …
Gary Cahill Scores For Chelsea, Displays “Pray 4 Muamba” Shirt →