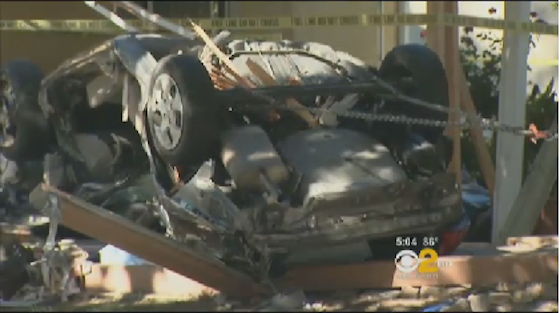 Per ABC7 in Los Angeles:

ONTARIO, Calif. (KABC) — Five people were killed in a car accident in Ontario after the driver blew through a red light early Sunday morning.

According to Ontario police, a 2005 Nissan Sentra was traveling southbound on Haven Avenue, when it ran a red light. The car lost control and hit a wall along the west side of Haven Avenue, coming to rest in the rear yard of a house.

The incident happened at about 1:41 a.m. on Haven Avenue, south of Creekside Drive.

Four people inside the Nissan were pronounced dead at the scene. Another occupant was transported to an area hospital but was later pronounced dead. The identities of the crash victims were not released, pending family notification.

The accident is still under investigation. If you have any information about the incident, you’re urged to contact the Ontario Police Department’s Traffic Division at (909) 395-2902. 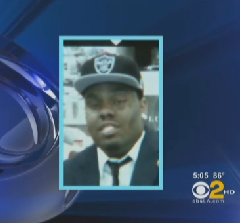 one of the victims was Barre’s cousin, 23-year old Marquell Bogan. Known as Q to friends and family – Bogan was 6 feet 1 inches tall and 275 pounds.

Despite his stature – his brother Michael Baker said he was a gentle giant. 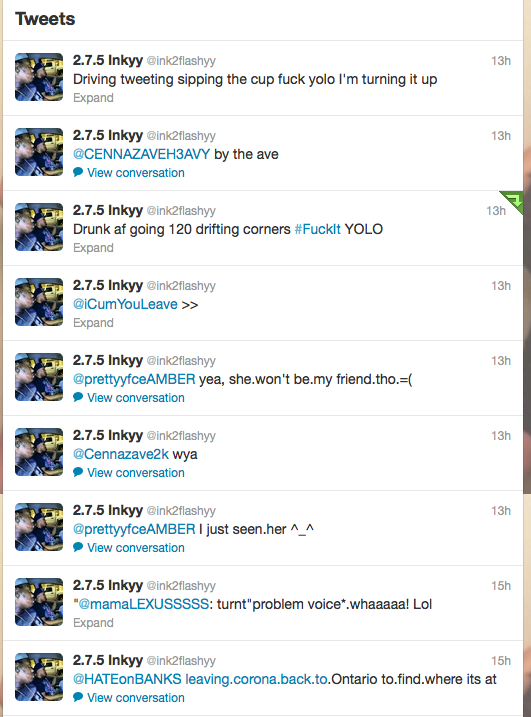 Side note: To the many of you visiting the site for the first time on account of this story, please take a look at nearly 3K other examples of irresponsible driving on my hit-and-run page.

10 comments for “Moments After These Tweets, @Ink2flashyy And Four Others Were Killed In A Car Wreck”