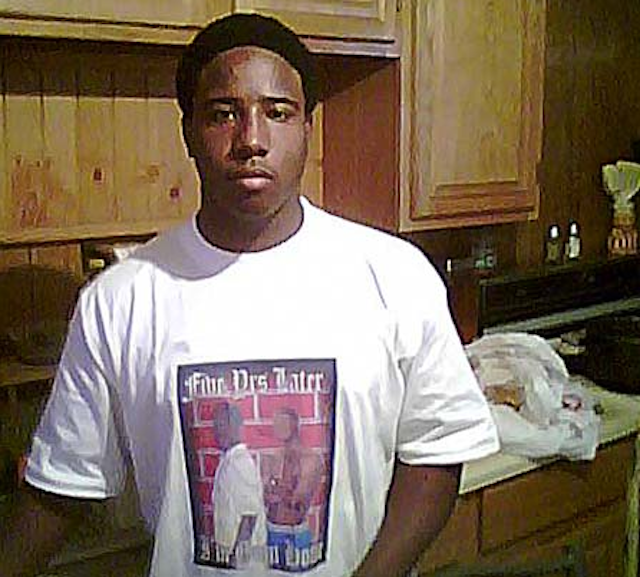 Eddie Sheed, at his mother’s house in West Philly, 2007 (Photo by Brian Hickey)

In 2007, I wrote a column for the City Paper with the headline “The Forgotten Hero.” I started it with a quote from Herman Wrice, a community leader in Philadelphia’s Mantua neighborhood. Here’s what he said: 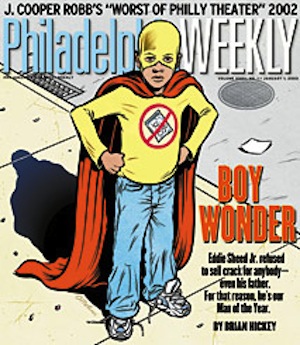 The kid he was talking about was 11-year-old Eddie Sheed Jr. Four years earlier, Sheed was named Philadelphia’s “Person of the Year” via a story I wrote for Philadelphia Weekly. I’ll allow the lede of that story to explain why:

Some stories are so patently disturbing they can’t be ignored. Eddie Sheed Jr.’s is one of them.

Some stories are so clearly inspirational that it would be unconscionable to let them go unrecognized. Eddie Sheed Jr.’s is one of those, too.

When a father stuffs his preteen son’s pockets full of crack cocaine, hands him a loaded handgun and takes him to a drug-infested neighborhood to spend his weekends peddling dope to fiends who try in vain to befriend him, it’s a crime against all of us.

When the child somehow summons the strength to walk into a police station and tell the first officer he sees that “I’m sick and tired of being used” before relaying his frightening details of a stolen childhood, everybody should rise up to support his bravery.

So because a PlayStation-loving sixth-grader from Mantua recognized the difference between right and wrong–and had the gumption to actually do something about it when most adults would balk–PW honors Eddie Sheed Jr. as its 2002 Person of the Year. Eddie’s sister and niece, outside DHS, when they rallied to get him returned from foster care (Photo by Brian Hickey)

In the time between those two stories, Eddie found himself trapped in a foster-care maze, one from which he eventually emerged and was returned to his family’s care.

In the time since that last story, Wrice’s words came to take on a haunting nature. Eddie didn’t end up in a gutter or six feet under. But, per a story by Mike Newall in today’s Philadelphia Inquirer, he ended up in jail.

Marvin Brown, who was 19 in 2011, liked to throw dice on Allison Street. He knew Edward by his street nickname, Doobie.

Brown was throwing dice against the concrete wall of a corner store about 1 p.m., June 10, 2011, with three friends, when he saw Edward Sheed Jr. pacing Allison Street.

Brown’s friends scattered when Sheed walked up behind him with a gun poking out of his waistband. Sheed, according to court testimony, stuck his hand inside Brown’s sweatpants pocket.

“Give me your phone,” he said. Sheed walked away with the phone. Brown followed for about 30 feet, asking for it back. Sheed turned and fired.

When the jury foreman read the guilty verdict July 10, Sheed took off his glasses. He untucked his shirt. He shouted at his lawyer: “You might as well be sitting over there with her,” pointing to the prosecutor.

He barked at the judge, demanding to be sentenced on the spot. “I want you to give me what you got,” he said. No, the judge told him, setting sentencing for Sept. 10.

The boy with a story to tell now faces from 30 to 60 years in prison.

This one really stings.

Eddie’s was one of those stories I’d never forget writing. Never will. I still remember his homecoming party in Oct. 2007 vividly, specifically when I was leaving West Philly, saying something of a prayer that he gets out of the labrinth of hopelessness that ensnares far too many teens into a life with Wrice’s options being the sole possible outcomes.

I’ve been in touch with Eddie’s mom Chanae through the years. Last time was a couple months back. She told me that Doobie had gotten into some trouble. Nothing much specific about it. But that she’d catch up to let me know what was going on. Well, Newally’s story did that catching up for her.

No, this result can’t be framed as exceptionally unexpected. But that doesn’t make it easier to read.

No, Doobie never tried to mislead me during our interviews through the years. I knew he was a product of an upbringing and environment with which I’d never be able to fully connect, one from which he was placed in a perpetually tough spot. And, it’s not like he straightened up and went the college-prep route.

It’s just emblematic of the streets trapping another victim and spitting them out into the prison-industrial grinder. It flat-out breaks my heart for Chanae and Eddie’s sister Rachonda Lewis, even before I ponder and rue the hell that Marvin Brown must endure.

Nobody else pulled that trigger for which Eddie will lose decades of life behind bars. If I were to talk to Eddie today, I doubt he’d make any excuses. Best I could tell, he was too rough around the edges to hide behind some bullshit life alibi.

All that said, and despite my optimistic hopes, I’m not sure that Eddie Sheed Jr. ever had a chance. If how this story ended was really up to all of us, we failed miserably.

← Hey Look, There’s Another Fight From My Neighborhood Posted On YouTube!
Are South Jersey Investigators Closing In On The Real A.C.-Prostitute Serial Killer? →