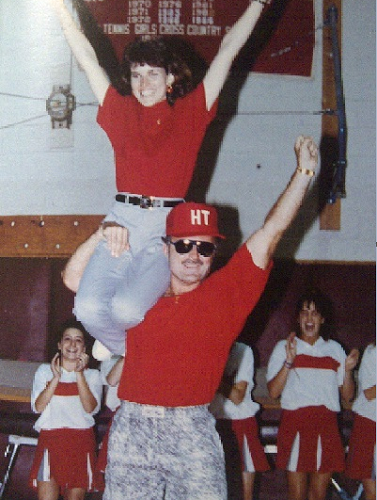 So anyway, this little story comes from Tha 08108, land of heroes. It involves Alan Carr, the former/reinstated athletic director at Haddon Township High School. I’ll let the Courier Post take it from here:

The state education commissioner has overturned the termination of Haddon Township High School’s athletic director, who in May 2012 was caught on camera placing dog feces on his ex-wife’s car in the school parking lot.

Carr and his ex-wife, also a teacher at the high school, had divorced shortly before the actions occurred. …

According to court records, Carr said he picked up trash, including a bag of dog feces, while walking between the tennis courts and softball field at the Cuthbert Boulevard school.

He said the decision to put the feces on the windshield of his ex-wife’s car “came over him” as he walked.

At first, Carr denied putting the feces on the car, but admitted his transgression when told his actions had been caught on surveillance camera. He acknowledged the message was meant to be “you’re a piece of crap,” according to the ruling by Administrative Law Judge Jeff Masin.

Now, I know the ex-wife’s name, but I’m not going to run it. That’d be as mean as making her work in the same building as some dude who flings dog shit on her car, like the state of New Jersey has done.