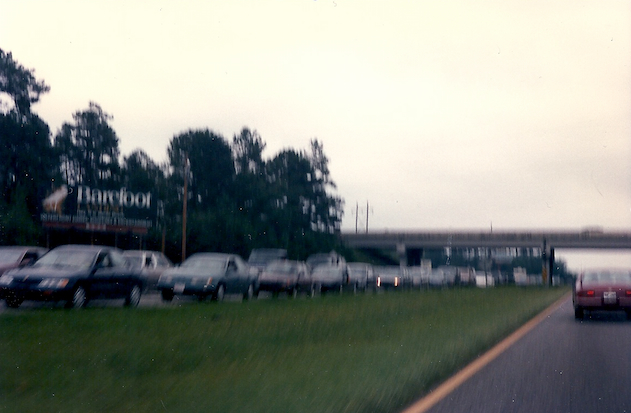 Back in 95-96, I was working at the Florence Morning News in South Carolina. I was also still somewhat reckless. So, I didn’t mind tracking Hurricane Bertha from Charleston up the coast to Myrtle Beach. At one point, this necessitated cruising along 501S into Myrtle after officials levied a mandatory evacuation of said destination.

I stayed in an empty-but-for-media-and-barebones-staff beachfront hotel overnight. This was before quick laptops and cellphones so I was lugging some equipment around to be able to send dispatches back to Florence.

Learned that some of the Weather Channel folks of the day could drink as well as I could. Felt how difficult it is to stand upright in 75+ mph winds. Saw how easy such winds tears roofs off buildings. Moral of my story: Be careful down the shore if you choose to stay. It’s gonna be harrowing (but not really life or death, I mean, me and my blue Corolla are still kicking it).