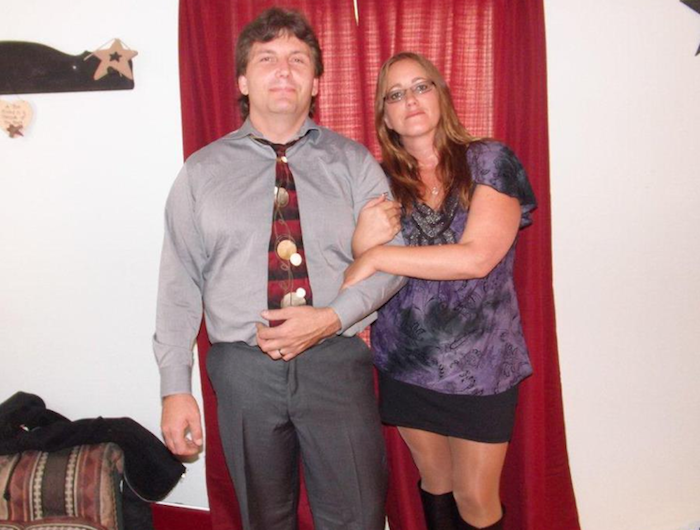 First saw a reference to this on a Facebook post from Atlantic City defense attorney Jimmy Leonard. Later, @Domelights in Philly Tweeted a link. So, that combo warranted a post.

Today, Fox News reported that “authorities eye ‘more than one’ person of interest in 2006 unsolved prostitute murders” in Atlantic City.

Police have never named a suspect in the case. But [Atlantic County Prosecutor James P.] McClain said authorities have identified “more than one” person of interest, though he declined to provide names.

Where the bodies were found. (Photo by Michael T. Regan)

I’ve followed this case closely. First came a Philadelphia City Paper cover story within a month of the four victims’ bodies being found behind a motel on the outskirts of A.C.

[G]one were the proactive days when, among other initiatives, undercover female officers would pose as prostitutes and sweep up dozens of johns. These initiatives went beyond traditional crime fighting; they were a makeshift outreach program in which police could warn the women about the dangers of the life path they’d chosen.

“These hookers, you have to work them on a daily basis. You have to catch them right away or else they’re in trouble,” said the officer. “They’re at such risk in the area they’re in. Vulnerable. When they go missing, nobody knows, nobody reports it. If you can get to them early, you have a chance [to help them turn their lives around]. But they’re the lowest; that area has finally hit rock bottom. Within a few years, you’ll see the bulldozers coming through.”

The officer said he’s worried about the investigation, and not only because the department lost 60 high-ranking officers in one mass-retirement swoop late last month. “You’re dealing with people who won’t be good witnesses to begin with,” he says, “and there’s not that much forensic evidence from what I understand, because they were in the water.”

Another officer with homicide-investigation experience had worked up a profile. “You’re looking for someone familiar with that area, maybe a handyman at one of the motels down there. Late 20s, early 30s, and he snapped over something recently,” the officer hypothesized off-the-record. “If you look into his past, you’ll see smaller assaults and other cases, but then he exploded and this happened. They need to start looking in other places, too. I’d bet there are more bodies out there.”

Odds of an arrest? “This guy’s long gone by now.”

Then, a shade under three years later, I wrote a Philadelphia Weekly cover story about Terry Oleson, the man who was treated as a serial-killing suspect even though he wasn’t a killer. This was a story about what can happen to a man who gets branded with an impossible-to-shake label.

Everywhere Terry Oleson goes, he thinks people are staring at him. Whispering, “Oh my God, that’s the serial killer.” Yet he goes on about his day, pretending he doesn’t feel it, trying to mask the effects.

If it’s even possible to put into words what happens when you’re painted as the shady drifter who choked four Atlantic City hookers to death and lined their heads up in a particular order, Oleson is willing to do it.

“I have nothing to hide,” says the never-charged, No. 1 person of interest in the case. “But as far as I can tell, this story doesn’t end well. My life’s done.” …

Investigators have since refused any public admission about Oleson’s guilt or innocence. Why bother? The public-opinion verdict was in. And, the press was forced to follow what few crumbs investigators offered.

I still think about Oleson often. It’s a hard story to shake, that of a man’s life shattered.

While I’ve known most of the details of today’s Fox News story for years now, I hope this could mean Terry Oleson finally gets his life back and the families of Kim Raffo, Molly Jean Dilts, Barbara V. Breidor and Tracy Ann Roberts get some answers as to why their loved ones’ lives ended.

2 comments for “Are South Jersey Investigators Closing In On The Real A.C.-Prostitute Serial Killer?”