Any time a reality-TV episode starts with a scene that reminds you of Martin Sheen blasting his fist through a mirror in Apocalypse Now (sans punching a mirror with The Doors scoring that jawn), you know that episode has a chance to be a cray one.

This is where we find ourselves this week. 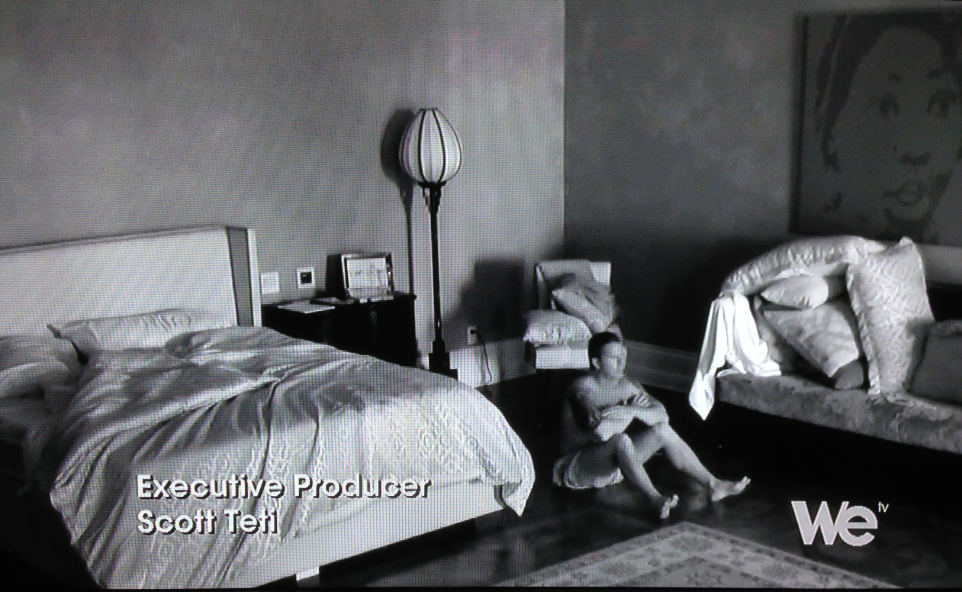 This episode’s mission: Make people appreciate their spouse’s needs by watching them get hit on via closed-circuit TV (after writing their dreams, hopes and fantasy-lives on a T-shirt; for reasons later exposed, Mark writes “Seek God” on Omarosa-wannabe Gloria’s garment; prayse Jebus).

It is at this moment that I realize Julian reminds me of a loveable mope in a Pixar movie.

And how Sofia’s genuinely here for the type of help that Shaun is starting to see he needs to provide. (Also, her nostils dance when she cries.) 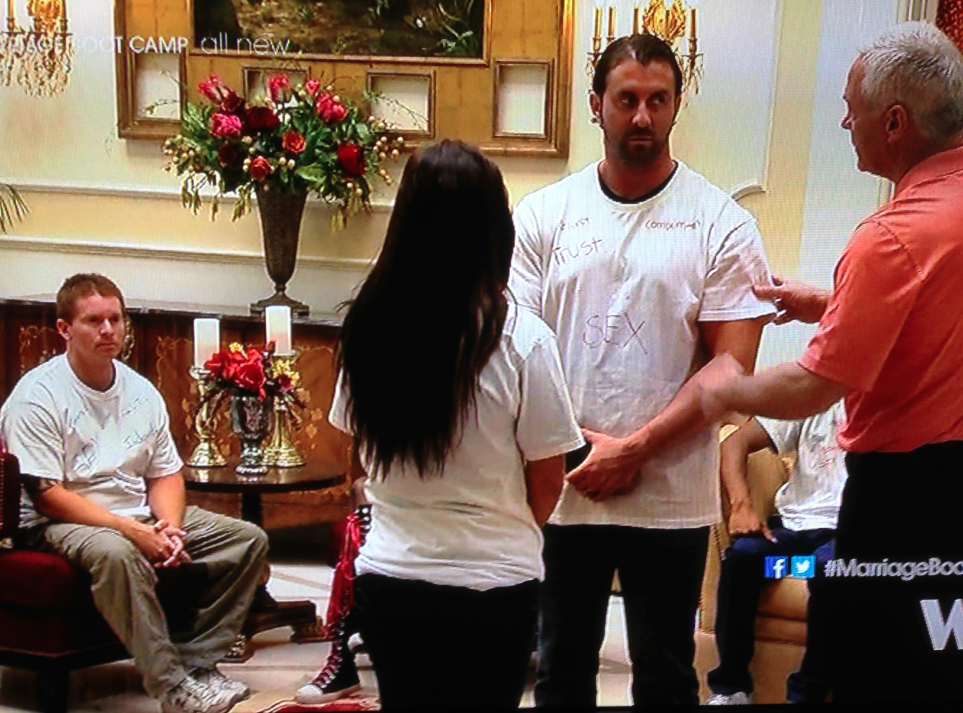 And Mai-Lee kinda freezes Tomas out cause she always be on edge.

And Tasha won’t take that goddamn pink flower off her mufuhn head.

And thinks-she-sees-through-everything Gloria still thinks she’s the best person on Earth because oh my God she’s so full of herself it’s shocking there’s room for food or liquid inside.

And Jeff wants to get to fuckin’, yo.

Impotence alert: During the commercial break, WeTV shows some sort of clip where Joan Rivers made a faux sex tape. Lawd.

This is a good segue into Blanca asking Shaun whether he likes it when “another doctor touches your balls.”

And Tasha complaining because Jeff was a one-pump-Chuck their wedding night; “I want some penis” she says, offering her “black ass” for some bangin’ on the table where some clearly skeeved-out bootcampeteers sit. 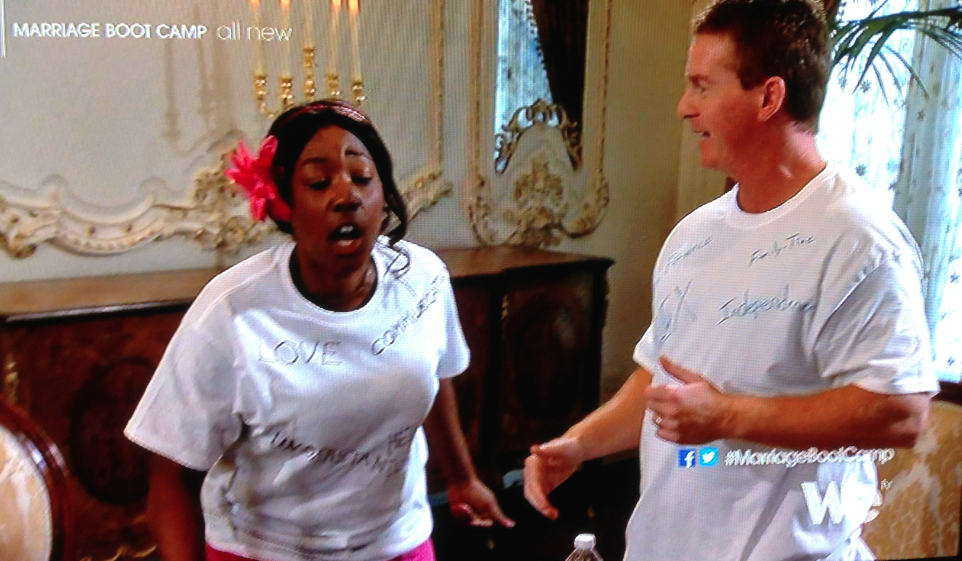 Time for the “Stranger Danger” exercise with some actor(ress)y types out by the pool to do some on of the hittin’.

You can see the steam billowing from Shaun’s ears when some bro smooves up on Sofia poolside. Mai-Lee’s too, because Tomas is talking to “a whore.” Hell, all of ’em get fired up from this voyeuristic challenge. 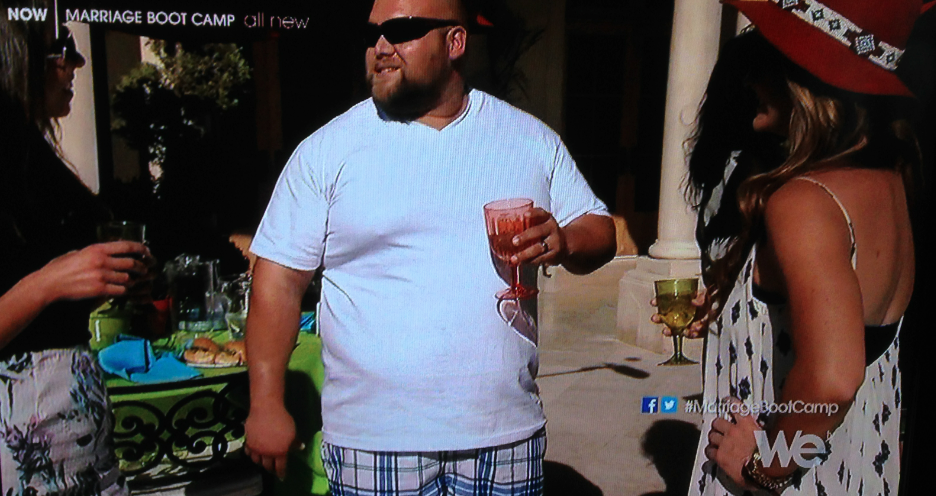 That’s when things get reality-show real.

Shaun’s all, like, get away from that bro (but with maturity of lessons learned when he faux killed her last week). Hugs! Tears! YAY!

Mark’s all, like, I’M GONNA STORM OUT THERE AND PUSH THAT DUDE IN THE POOL BECAUSE AIN’T NO MAN TOUCH MY WOMAN OR WASH HER FEET CAUSE I’M’A WHOOP SOME ASS SHOULD THESE AFFRONTS PLAY OUT BEFORE ME!!! Louder, louder than a lion
‘Cause I am a champion and you’re gonna hear me roar Oh oh oh oh oh oh

This is the scene they’ve used on the previews all week because of course it was. However, if I was WeTV, I’d have used Blanca using the “word” “conversated” in context of Julian conversating with them poolside tramps (one of which they clearly just accepted whatever half-attractive SAG-card carrier was available that day.

OH AN GLORIA ANGRY SO GLORIA GONNA GO IN A CLOSET AND HIT HER MAN.

OH AN BLANCA ANGRY SO BLANCA GONNA GO ON THE LIDO DECK AND THROW THINGS. 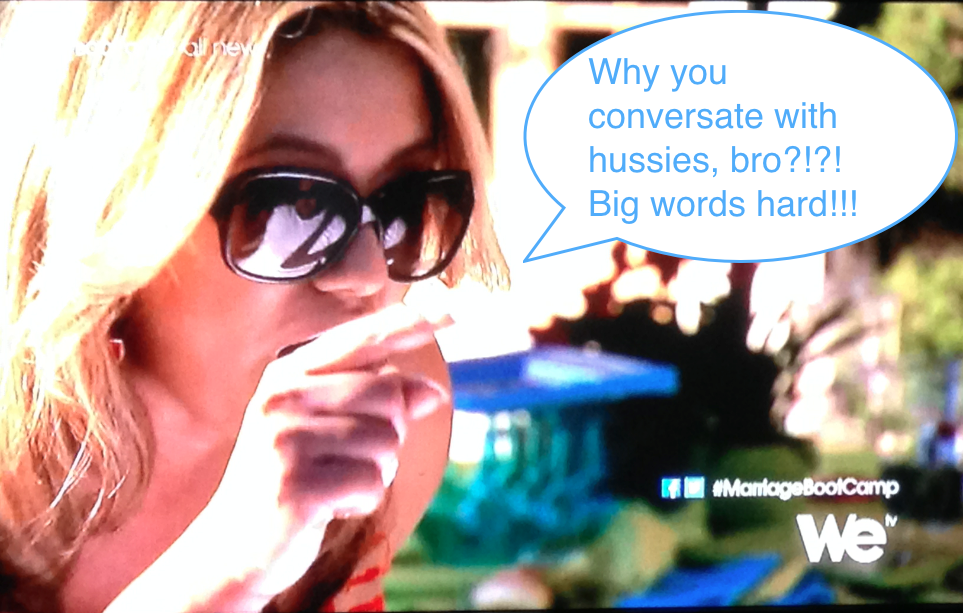 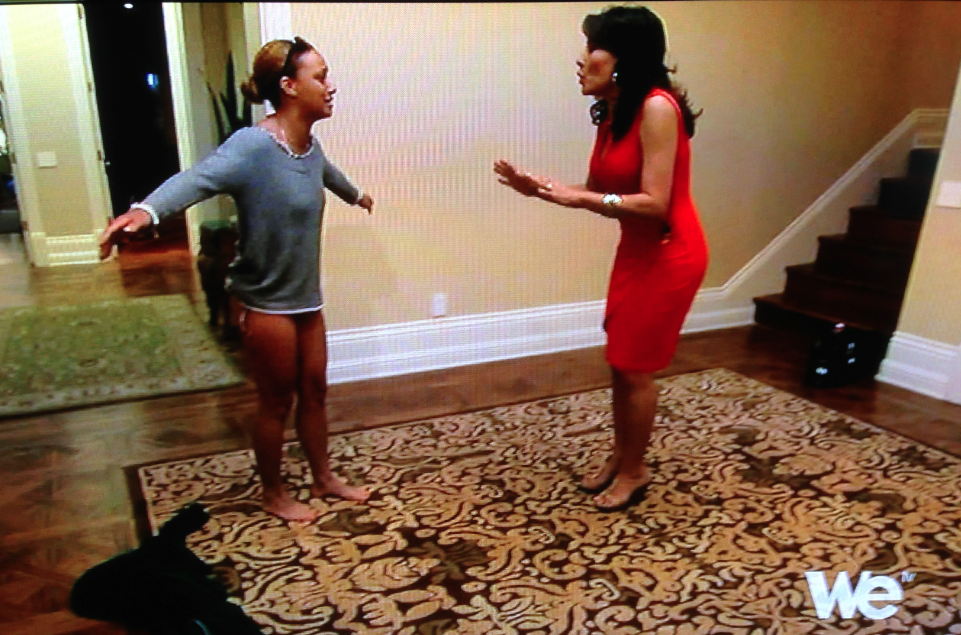 From here, it’s the Marriage Boot Camp Sergeant Intervention Segment. Life lessons learned from this exercise. Together We Heal!!!

Except Horrible Person Gloria who can’t let pass any opportunity to belittle her man again, emasculatingly piling on the anger and hate until hugz and tearz make their way on screen.

Nice to see Philly pair Shaun and Sofia growing closer together, though. I gave them short shrift in their Zillas episode. Hope it continues.

Jealous Lady Mai-Lee and Tomas remain under the radar.

Tasha and Jeff continue to skeeve.

All the campeteers gather in the kitchen discussing the days behind them. End scene.

← Hit-and-Run America, Vol. DIX
Why Is The Rocky Statue Newly Surrounded By Shrubbery? →