10522. “(It was) traumatizing, to know that was your son thrown around like a rag doll,” said Edward Barcelon, the victim’s father.

10524. “I saw a person half covered, but I knew from the pants and the feet that was my mom,” Appolonia said. “My heart hit to my stomach. I felt sick.”

10525. “They did not stop, they kept going. My daughter didn’t make it because of carelessness, and they didn’t even have a heart to stop,” said the victim’s mother, Tracy Fehrenbacher.

10526. Police were able to take into custody a hit-and-run driver responsible for the death of a pedestrian because he left his license plate behind at the crash scene, according to the Aurora Police Department.

10527. Police in Sea Isle City, New Jersey are asking for the public’s help in locating a driver who hit a pedestrian on Sunday and then fled the scene. It happened between 2:45 a.m. and 3:30 a.m. in the area of 78th and Landis Avenue. Police say the injured pedestrian sustained serious bodily injury during the crash.

10528. Prosecutors frequently decline to charge killer drivers with a hit-and-run due to a welter of factors, including a strict state law that leaves prosecutors hands tied; NYPD investigations that are flawed, rushed, and understaffed; juries of their peers stacked with empathetic drivers; and a general sense that vehicular crimes are not treated with the same level of seriousness as other crimes.

10529. Nearly a year after a one-year-old girl died as a result of a hit-and-run car crash in Rapid City, police say they’ve identified the driver responsible for her death.

10530. “I really do think and believe that God was watching me that night,” Farias said, still too injured to walk. “It hurts because it’s like you keep dreaming about it every night.”

10531. The driver allegedly said “I just ran over someone” and “I hit him,” then directed the clerk to check out the damage to his car and its front windshield, the report states.

10532. “I don’t know what the man was doing,” Phillips said. “But if you’re driving and you are on your phone or you are trying to get through a red light it’s nothing that serious, because that has to be what was going on. It’s gong to be months before I get to use my foot at all, if I am ever able to use it again.”

10533. SANTA ROSA, Calif. (KGO) — A 2-year-old girl who was struck by a suspected drunk driver in July has almost fully recovered. On Friday, the Santa Rosa police officers who responded to the scene that day visited Saphira Howerton. They brought her some gifts and enjoyed some time together.

10535. “I just want to say whoever did this, they better come up to this hospital and say sorry,” Jazmyne Hunter, the victim’s 6-year-old cousin, said.

10536. The estate of a 20-year-old man who was killed in a hit-and-run is suing the city of Dayton claiming it negligently did not post necessary traffic signs, which contributed to the crash.

10539. Tyler Rolph set off on his bicycle just after midnight Friday to head to his Federal Way home for his 34th birthday, but Washington police say the father of one never made it, KOMO reports. 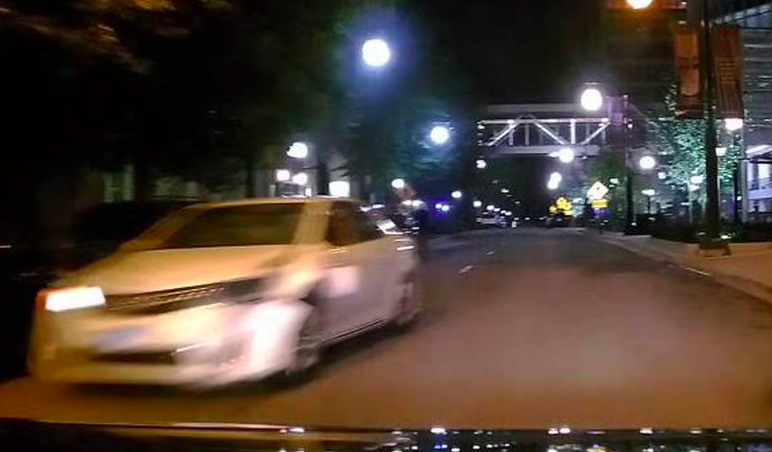 10540. Chicago police were looking for the driver of a Toyota Camry that hit a man crossing the street early Monday on the Near North Side, fatally injuring him, then drove off.

10542. A former University of Idaho football player who pleaded guilty to misdemeanor sexual battery in August was the driver in a recent hit-and-run that killed a man in Louisiana, according to police.

10543. “I don’t understand why somebody could do that,” said Taylor Davis, Josh’s daughter and Shayla’s stepdaughter. “They were good people. Shayla’s a good person. My dad’s a good person. It’s not fair that this happened to them.”

10544. PHILADELPHIA (CBS) – Police are searching for the suspect wanted in a hit-and-run that left a 45-year-old woman dead in West Philadelphia. The accident happened in the rear driveway on the 5200 block of Pennsgrove Street around 9:53 a.m. Saturday. Police say a 45-year-old woman was run over by a man driving a black Infinity SUV as she ran to the back of the vehicle after getting into an argument with the suspect.

10545. “We continue to work these cases until we’ve exhausted all of the leads,” Thompson said. “At this point, we hope there’s somebody in the community that whoever was driving this vehicle has spoken to, has told them that.”

10546. RALEIGH, N.C. (WNCN) – An 85-year-old man was hit and killed by a vehicle Thursday evening as he crossed Falls of Neuse Road, police said.

10547. COLUMBUS, Ohio (WSYX/WTTE) – The mother of a sixth grader killed on her way to school early Wednesday morning is asking one of the drivers who hit her daughter to come forward.

10548. The family of a Queens woman killed by a hit-and-run cabbie filed a wrongful death lawsuit Thursday against the driver, his boss and the owner of the gas station where she was mowed down.

10549. WEST DEPTFORD, N.J. (CBS) — Detectives in South Jersey are searching for a driver who plowed into a young father and then left him for dead. Authorities want to know who was driving a white SUV after the driver struck and killed a father of two small children.

10550. A driver accused of fleeing after striking a woman in a wheelchair and the man who was pushing her across an Apopka street — killing the man and leaving the woman critically injured — was arrested Sunday, according to court records.

10551. “After extensive surgeries and life-saving efforts, Carly lost her fight to recover from her injuries today,” her family wrote. “Words cannot describe our sorrow and feeling of loss.”

10552. DETROIT – A 10-year-old boy was dragged by a pickup truck after a hit-and-run crash that left him and his mother injured on Detroit’s east side, police said. The boy and his 39-year-old mother were both seriously injured, medical officials said. Police arrested the 52-year-old pickup truck driver.

10553. A 91-year-old man who lived his entire life on the same block in Westchester was struck and killed by a hit-and-run driver while crossing a roadway at night.

10554. HOUSTON – A Texas couple who recently became homeless was killed Tuesday by a hit-and-driver as they slept in an embrace under a Houston overpass, police said.

10555. “The guy just ran away and we are just asking for justice,” said the victim’s nephew, Eddy Gonzalez. “We want the right thing to be done, it’s just not fair.”

10556. “I managed to push my older daughter on the side, but the car hit the stroller where my younger one was sitting,” he wrote. “Fortunately they only got the front wheel. I yelled and the people in the car for sure realized what was happening. They looked back at me and drove away.”

10557. “I don’t think he deserves that role,” said Rubi, the retired owner of a health food store. “People do make mistakes and they could become perfect citizens after that, but in this case he was a police officer, he took an oath, he should be doing the right thing in setting an example and I don’t think he did.”

10558. ROUND ROCK, Texas (KXAN) — Police investigators used geo-data they obtained from Google to find a hit-and-run driver they say killed a Round Rock man in April. They say that same driver was arrested two days after the deadly crash for drunk driving.

10559. A Fayetteville woman accused of fatally shooting a man who left the scene of a hit-and-run crash has been granted bond for a second time after she was indicted on new charges in June, authorities said.

10560. “There’s no reason I should be alive right now,” he said. “I came back and made it, and now hopefully I can take this second chance that I’ve gotten.”

10561. “Please go slow especially in the neighborhoods especially at school crossings,” said Reid. “You could hit a child and how would that make you feel?”

10562. A 12-year-old girl died Saturday after being struck by a vehicle in Lebanon, the city’s police department said in a news release.

10563. An 85-year-old pedestrian who was struck by a van in late August in a hit-and-run incident has died, authorities said.

10564. “She faces possible amputation. She is fighting for her life. She is on life support,” he said, while fighting back tears. “That driver scraped the skin off of her body, broke every bone in her body from her pelvis to her toes, and to the point where she has holes in her head, to me you are a rotten individual.”

10565. A hard-working homeless man killed on a Queens street by a hit-and-run on his way to work Tuesday morning was struck so hard that he was thrown from the Southbound lane to the Northbound lane, officials said.