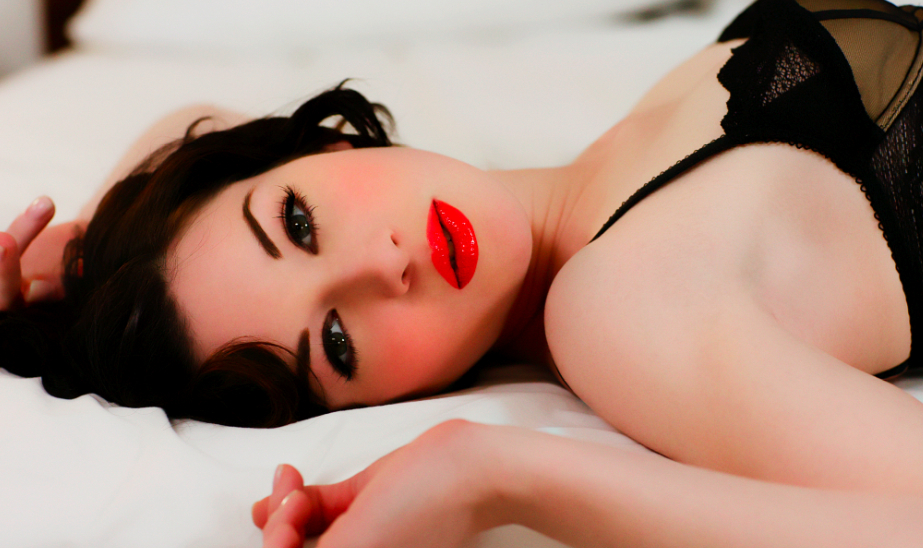 Tuesday’s Metro story is about the brewing kerfuffle over plans for the Forum Theater at 22nd and Market in Center City Philly to expand. This, because it’s an adult theater. This, also because it’s on the cusp of Richville and Respectable Business District Way.

Here’s the Stoya sidebar to the Forum story, which also serves as an excuse to post a damn-seductive headshot provided by Digital Playground …

Internationally recognized pornographic actress and model Stoya lived near Broad and Tasker streets up until last year. Asked about the Forum issue during a phone interview Friday, she said that flagging demand for adult theaters doesn’t mean the sex industry will ever go away.

“Businesses like the Forum aren’t making as much money, between people sitting at home on [their computers] and the downturn of the economy,” she said. “But if the Forum closes, or doesn’t expand, the customers will just go to other strip clubs, or to hookers. That’s what would be really bad for the city. The taxes that let them to fix roads and such would just go to prostitution. Tax money lost, all for an empty storefront.”

One I have a few minutes to transcribe it all, I’ll post the entire Q&A at Metro.us.

The business is not making as much money because of that, plus the downturn of the economy. If they close, people who go there will just go to other strip. The Gold Club has more residential buildings around it. The after-hours places on Snyder and 16th and 18th do too.

Or, they’ll just go to hookers, and that’s really bad for the city since they’d be losing the above-the-table taxes being paid on that [strip club/adult theater] money. All for an empty storefront. All that money will go to prostitution, city wage tax, income tax, money for roads and other things would just be lost.

On an adult-theater’s draw:
The only draw is the continuing ironic sense, from the 70s in Deep Throat. Maybe people go there for the hee-hee giggle factor. When it comes to strip clubs, what they’re interested in the one-on-one attention. I stripped twice in life; it wasn’t my thing. But, from going to conventions, it’s the personal attention they’re after. They really cherish even a two-word [email or autographed picture] reply. With the one-on-one attention, everyone wants to feel special. That’s why the cam-girl business is booming right now.

My semi-educated guess: Retail, the novelties and things that can’t be downloaded, and theater showings declining drastically. There’s so much space over there. Don’t think they sell enough

On the downside of being a recognizable adult-film star in Philadelphia:
There was coffee shop about three blocks over from where I lived near Broad and Tasker. One day, I get there, sit down, turn my computer on and get a MySpace message: “Hey, I really like green shirt you’re wearing.” Whoa. But, in this business, we do set selves up to seem approachable.

On America’s morality movement and how Philly stacks up:
America in general can be very strange. Nudity is so bad and edgy but there’s a line where once you cross it, “Oh that’s just disgusting.” The far depths of depravity, oh wow, not for me, but whatever.

← The driver in this hit-and-run doesn’t deserve to live
Oh man, 50 Tyson’s got a new video out →