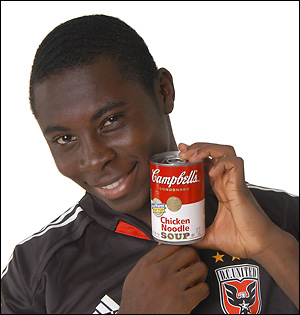 Looks as if the one-time (and recently kinda revived) American soccer savior is coming to town to play for the Philadelphia Union, who just lost Carlos Ruiz not too long ago. From Soccer By Ives:

Freddy Adu’s return to Major League Soccer will happen, and he will once again be plying his trade on the East Coast, where he’ll be reunited with a familar coach.

Adu will be introduced as the Philadelphia Union’s newest signing on Friday, marking his return to MLS after four years in Europe, multiple sources confirmed to Fox Soccer on Thursday.

← A disturbing image, caught forever on film
Rock, Flag and Eagle: Video of the Flag-Bearer Who Charged the US/Mexico Pitch →