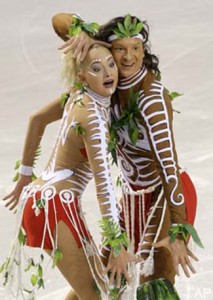 Odd that the Sunday papes’ eye-catching stuff was business-related. But it was, so let’s dispense with shouting out the Inquirer’s pieces on the looming Comcast/NBC mergers in D.C. and the long-overdue start of Delaware River dredging (both of which I’ve done Metro columns on recently) and the Times’ story on how Phillip Morris is gaming for some good P.R. for its smokeless products (just like I call the building where the Flyers and Sixers play “the new Spectrum,” I don’t honor corporate-designed name changes, Phillip and Morris).
From the magazine side of things, non-bid’ness related attention went to the New Yorker’s piece about being embedded with some of the Tea Party types …

Between the demise of the Whig Party and the consolidation of the modern Republican Party, under Lincoln, there came a nativist movement of Know Nothings, as they called themselves—or “the Lou Dobbs party,” as Michael Kazin, the author of “The Populist Persuasion,” now says. Marx and Engels had just published their manifesto, and German immigrants were suspected of importing Socialist ideas. The new waves of Irish Catholics couldn’t be trusted, either: who was to say they wouldn’t take their orders from the Pope instead of the President?
Gilded Age excesses gave rise to a new People’s Party, a movement of Southern and Western farmers and miners united in opposition to railroad speculators, and the panic of 1893 accelerated their cause. By 1896, William Jennings Bryan was addressing the Democratic Convention with his famous critique of “the idle holders of idle capital.” (The convention, held in Chicago, loosed “a wild, raging, irresistible mob which nothing can turn from its abominable foolishness,” as the Times put it.) “That basic kind of vocabulary, against the monarchy and the aristocracy, has informed every conceivable American dissident group in one way or another,” Wilentz says.

He set out to deepen his study and soon fell under the influence of Tony Salvatore Sylvester, a 35-year-old convert and preacher who was new in town.
Sylvester wore a thin blond beard and was missing his two front teeth. Brought up Catholic in the rural town of Doylestown, Pa., he found Islam in his early 20s while working as a jazz-fusion guitarist in Philadelphia. He had come to Mobile with his wife and six children, hoping to land a job at the Islamic school. By then, he was considered a prominent voice in the American Salafi movement.

… SI has a brief about a Russian dancin’-on-ice pair who got Aboriginal Australians worked up into a tizzy, what with their ice use of didgeridoos and makeup.
And, GQ has a stellar piece about Americans unwilling to fund research into ties between cell-phone use and brain cancer. Even though the rest of the world is starting to accept the fact that cell phones cause brain cancer. Here’s the point of the post where I’d mention they also had a deep look at Marvin Harrison (and his family)’s reign of terror in Brewerytown and Strawberry Mansion. (The weeklies dropped the ball by not picking up on the fact that the dailies dropped the ball on this convoluted mess.) But, once the piece declared Kitty Capparella of the Daily News as “the dean of Philadelphia’s crime reporters, well, I came to question whether other little details were off throughout. After all, and with all due respect to Kitty, who’s damn good at her job, anybody with a salt of Philly cred knows George Anastasia is the Dean of Philly crime reporting. So I’m sorry, but no link.