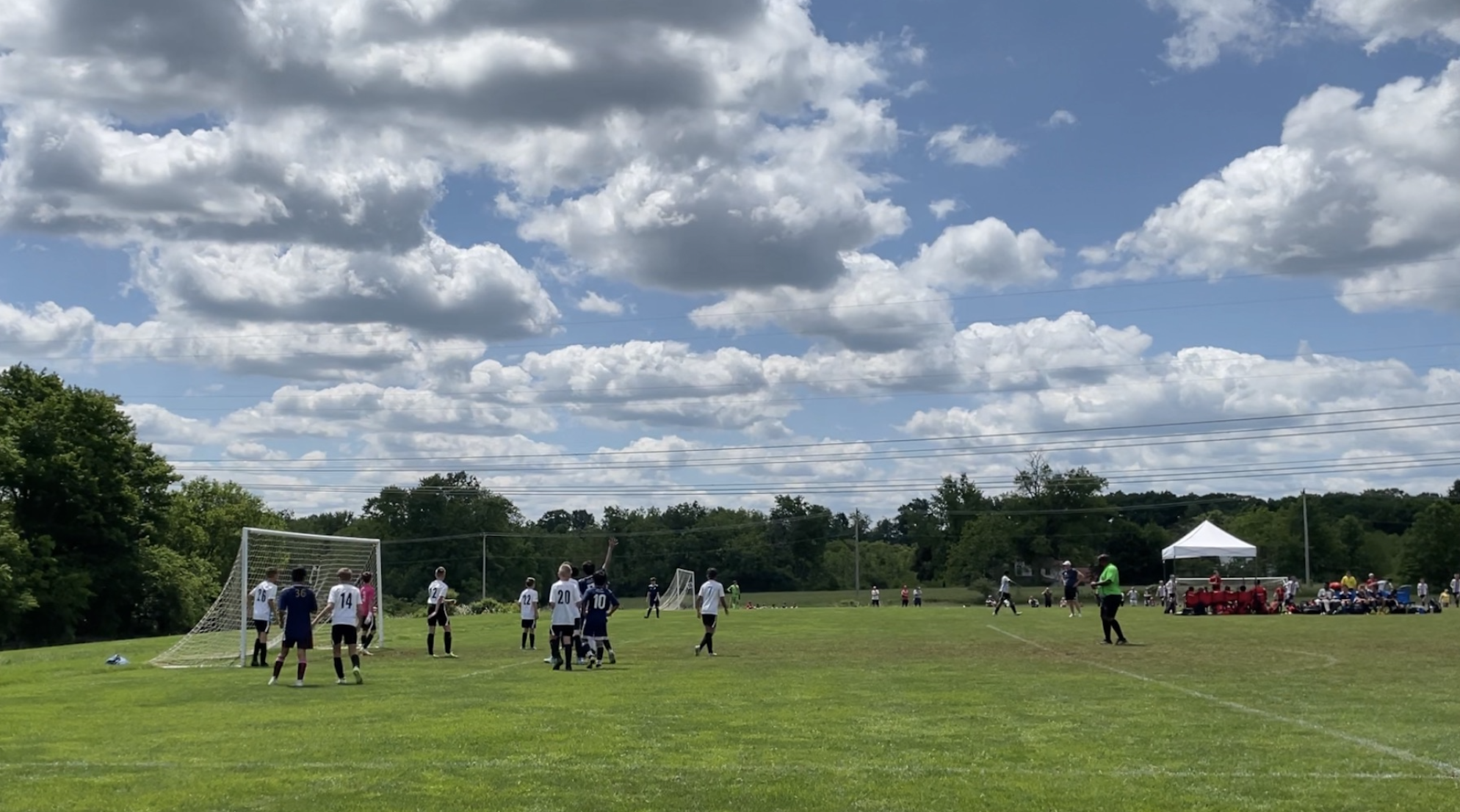 Sure, they’d already accumulated some tournament medals over the course of their season, to the tune of reaching the final match on four occasions and the semifinals once.

In and of itself, that speaks to a successful season for a team that didn’t exist before August 2021, particularly one that – for its very inception – depended on the kindness of strangers who either sponsored the team with donations or purchased raffle tickets for several fundraisers throughout the year.

But this time was different.

Because this time, the players knew their time together would soon be coming to an end.

You see that hand in the air in the middle of the pack? That’s No. 7 (Dani) calling for yet-another corner to find its way to him. Which it did. Leveling the score at three.

Within five minutes. The game – for all intents and purposes – was over at that point. It was the tipping point, the boost of confidence that the boys needed to remember they had a shot to win it all.

Roma would go on to win that game 6-4 to take their group and advance to the semis, which they would win 2-0 that afternoon.

It was an incredible, storybook-type ending to a season in which this group of young men logged a 26-18-11 record, but it was bittersweet insofar as VSA Roma would be a one-season wonder. Finances, logistics and physical distance (which became an economic burden with the rising gas prices, etc.) fomented an instability rendering it impossible to bring the team back together for the 2022-23 season.

I believe it was Theodor Seuss Geisel (aka Dr. Seuss) who said “Don’t cry because it’s over. Smile because it happened.” There are no better words to describe the past year through the lens of VSA Roma.

Smile because so very many of you found the generosity to contribute whatever you could so that youths would have the opportunity to play at a competitive level that they otherwise may never have seen.

Smile because the group of families and players were an incredible, diverse group who would otherwise may never have made new friends outside of the cohorts they see and with which they interact in their daily lives.

Smile because the story of VSA Roma – while short – will stay with me (and I hope with you) as one that speaks to the better nature of people amid tumultuous times locally, nationally and globally. When the refs blew their whistles, it was all about what the boys did on the field of play, not what was going on in the world around them.

Smile because at the end of a long haul, the boys of VSA Roma – Aaron, Dani, Erick, Ezra, Gio, Jayden, Jhonathan, Leonel, Louden, Manny, Robert, Sammy, Simon and Tiger – got to hoist a championship trophy. 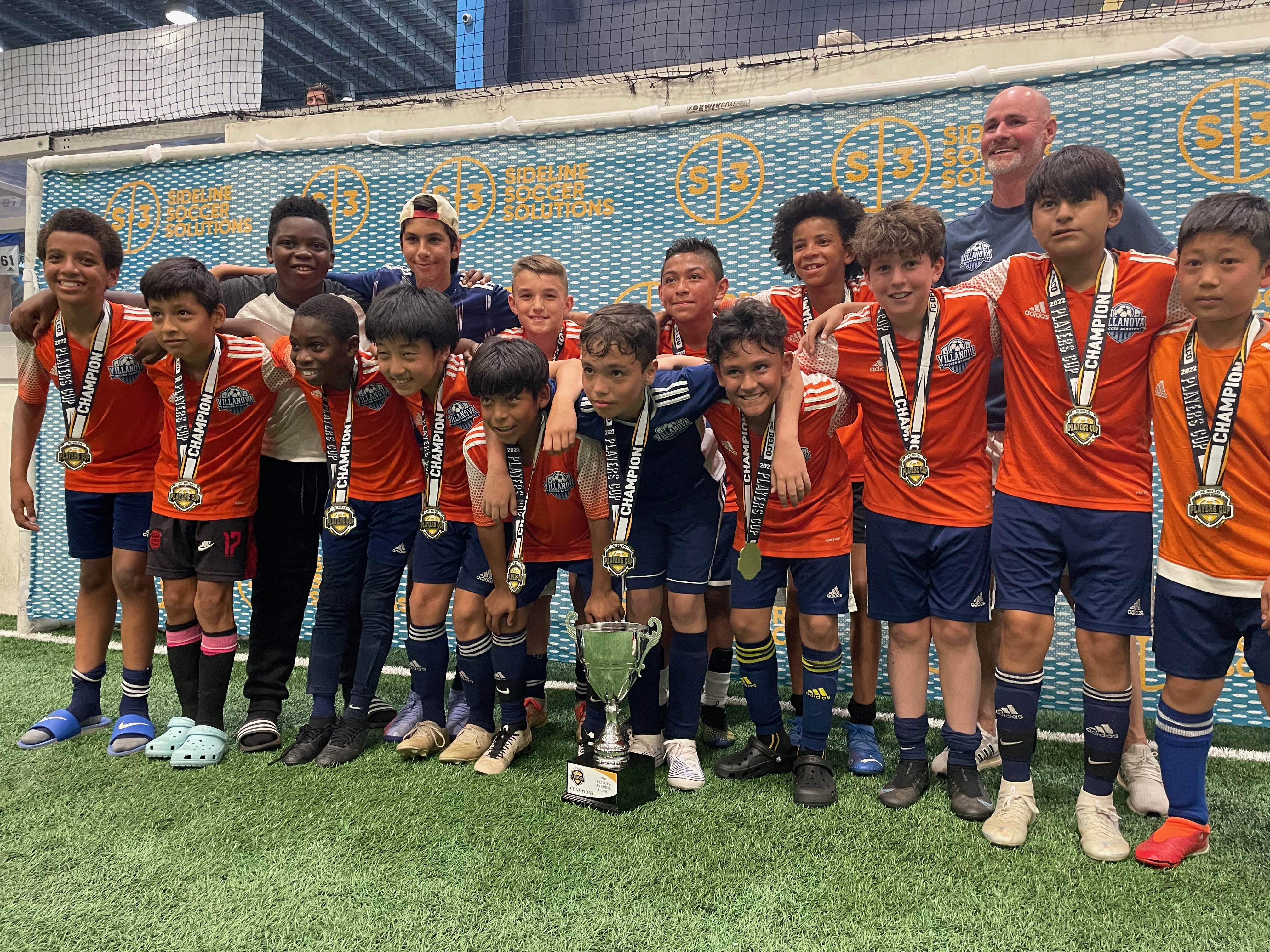 Sure, most of them really didn’t know the machinations going on behind the scenes that made it financially possible for this team to form.

But what they’ll be able to look back and see is that the one year they had together as a group ended with their hard work paying off. And how their coaches – Darren John, Brian Blasy and Pablo Gonzalez – juggled the challenges put before them to keep the proverbial ship moving forward.

I can’t thank the players and coaches enough, and I can’t thank those of you who donated and/or rooted for Roma’s success enough, either. It would not have been possible without you, and that is not an exaggeration. (We only came up about $1K short of the season total thanks to the generosity, and that’s a remarkable feat if you understand the costs inherent in youth soccer these days.)

Though Louden is moving on to a new team next season (and we are very excited about the opportunities that lay ahead on a wonderful team in a wonderful program), the memories of 2021-22 will remain with us for a lifetime. And the friendships formed will remain, as well, since the Roma boys will reunite for tournaments when they have breaks in action from the clubs to which they’re heading now.