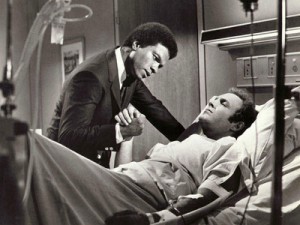 Seems as if all three posts from yesterday — Jersey Shore in Sea Isle, Comcast having to give local sports up to DirecTV, Charlie Dawg — need updates. So here goes …
1) Jersey Shore ain’t going to Sea Isle. I’m even quoted in the Inquirer story about it. (A story that, according to an email, edit-changed my name to Kevin Hickey originally. Which I find ironic because, if I’m not mistaken, Mr. and Mrs. Hickey almost named me Kevin. Decades ago, I was told that was in honor of Brian Piccolo.)
2) Comcast don’t wanna give it up. So true to assholish-form, they’re challenging the FCC on it.
And, 3) Charlie Dawg’s paw was swole (or swollen, to those who don’t speak Iverson-ese) this morning so, for the fourth time in five weekdays, I was back at the animal hospital. They re-taped her leg. She seems fine, though. Fun fact: When I saw the scar where they cut the thumb off, it looked as if it mirrored the scar from when I busted my leg defending Haddon Township’s honor on the soccer field. 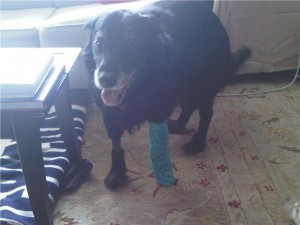 ← Down Goes Comcast!
She just wanted to see which way Beckham really bent →