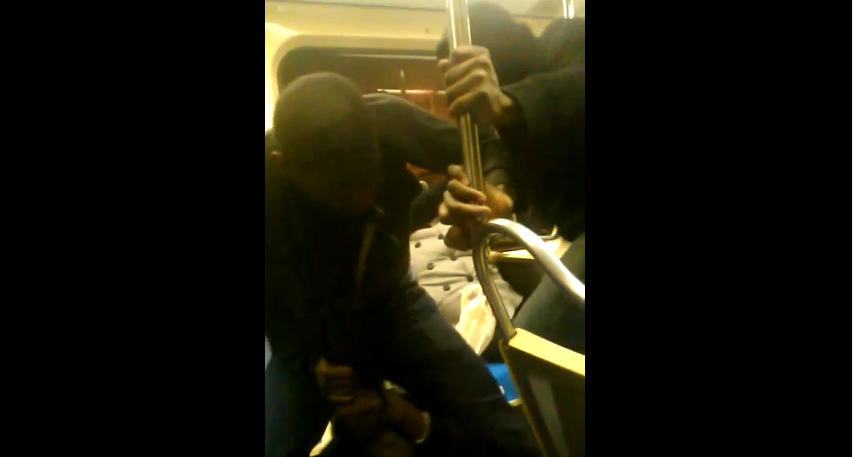 Whomever uploaded this here SEPTA-trolley attack to YouTube called it “crazy fight in Philly on trolley.” I’d like to refer to it as “probably enough evidence for Chief Tom Nestel to hand out #cheesesandwiches to those who thought stomping someone being held down on a trolley floor was acceptable behavior.” (It isn’t, except in exceptionally rare circumstances.)

UPDATE: Just heard back from Nestel on this here video that’s sparked some media interest in Philly (I won’t be linking to that other story, though).

Anyway, this whole brawl happened Friday night. Route 10 trolley at 15th and Market streets. The involved parties, said Nestel, were known to one another. The same group, if you will, and they’d had some internal drama that happened prior to this filming. Nobody involved wanted to drop a dime on anyone else involved. So, that’s that.

← In Which I Find A Way To Include Katy Perry In My Philadelphia Mayoral-Campaign Coverage
Here’s A Picture Of Katy Perry And Dancing Sharks Because Oh. My. God. How Awesome Was Katy Perry’s Super Bowl Halftime Show!?! →