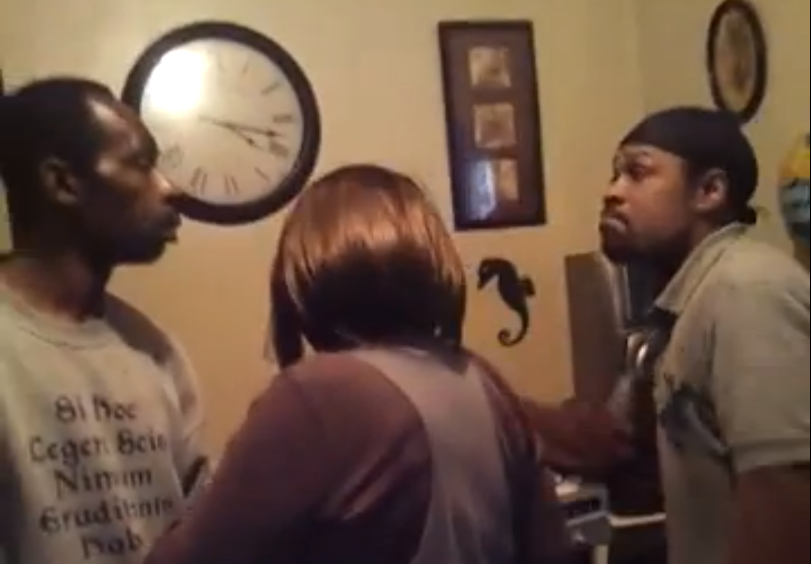 What we have here is nine minutes and 23 seconds of a coupla Philly fellas preening as if they gon’ smack one another upside the head (subtitle: “Motha fucka got to much mouth…”), but never get to the head upsmackin’.

It evolves from threats of havin’ crews that’ll remedy perceived slights and gettin’ up in other people’s faces. This is particularly telling at the 2:04 point of said video. “Don’t fuckin’ touch,” is the line thrown when my man wearin’ all dark can’t seem to keep his feet under him.

This was apparently fueled by someone drinkin’ someone else’s shit.

Things get close to violent right before the four minute mark until the lady of the room insightfully points out that “Don’t do that shit. You get in someone’s face, you better be ready to fuck ’em up.”

This precipitates a slow down until the magic quote around 5:25: “I ain’t no chump. I ain’t no bitch, muthafucka. What? WHAT? Let’s step outside!”

Outside was never stepped to, speaking to the inherent benefit of compromise. Then, the screen goes black for a spell. Trash talk gets ramped back up in which fearlessness is vouched for on both sides.