Posing in a Rum Ham shirt with a U.S. Senate candidate who stopped by Quizzo a few years ago.

The April 28 Quizzo is going to be so very special that we’ll have three ways for you to access it:

You won’t want to miss it. Logistical details below…

Hey, everybody. It was nice to see such a positive response when I announced that I’d be hosting Quizzo virtually on the nights that I would have done so at Billy Murphy’s Irish Saloonery. (Provided my schedule affords me the flexibility, of course.)

So, here’s how it’s going to work for the time being:

— I’ll be hosting via Facebook Live, where there’s an active chat module through which y’all can interact with one another (encouraged) or e-heckle me (also encouraged).

— I will post public event invitations every other Tuesday. I don’t think we need to be friends for you to be able to access the broadcast, which will be set to public. If I’m wrong about that, please add me. (I won’t dox you if you’re coming out from behind the veil of a really cool Twitter handle that shields your anonymity.)

— Upcoming Quizzos are slated to start at 8:30 p.m. on March 24; April 7, 21 and 28; May 12 and 19; June 2, 16 and 30. These dates are all contingent upon my work schedule, but as things stand, there’s not expected to be overlap. If something comes up, I’ll be sure to make an announcement via social media and then will do it on the next weeknight I’m available. I’ll probably try to do some more Tuesdays, if I can; those are just the dates I was slated to host at Murphy’s.

— The set-up for the game will remain the same despite our distance: four rounds per night. There will always be a “speed round,” and there will often be an audio round, which should be audible via the app. (We’ll see how that goes and adapt if need be). 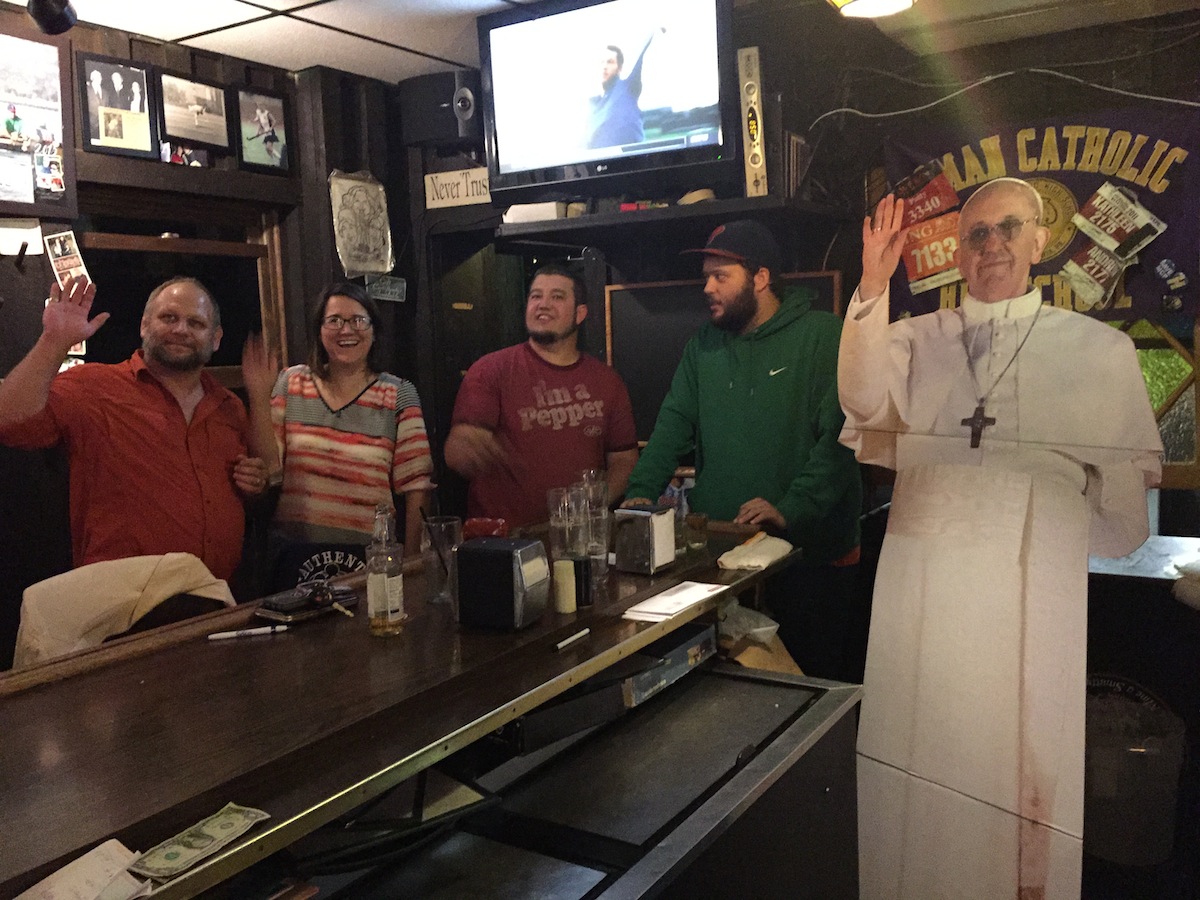 — There is to be no cheating. Please embrace the honor system in this regard.

— After each round, you’ll email the 10 or 11 answers to me. The address: hickey@brianphickey.com. The subject line: TEAM NAME/ROUND NUMBER/DATE.

— This is where it gets a little tricky: if there are a bunch of teams/individuals playing, it would be too time consuming to make you wait for me to tally scores. (I might have my bride or son chip in with that.) So, I figure we’ll do scores after two or three rounds, so people have a sense of the standings before the fourth and final round. The final tallies will take some time to calculate, so I’ll post those after the broadcast ends, emailing them to all the teams, or go back on Facebook Live for an announcement. We’ll see how it plays out this week.

— You’re probably wondering about prizes? Well, the third-place team (as per tradition) gets nothing but well shots. This can be either deferred until Murphy’s is open again (for locals) or you will receive the type of shot you are to do on the honor system. As for first place, I’m thinking of a 50/50 beef-and-beer raffle-type thing where everybody kicks $5 via Venmo (I’m @Brian-Patrick-Hickey). Winner gets half of the pot; second-place team picks a charity to which I donate the other half. Second-place also has the option of claiming the horrible well shots, in which case the third-place team names the charity. If you don’t have the money, that’s fine. You can still play. But, your only prize will be that of pride. The next team in order will become the winner. (I’m not taking a penny for doing this. It’s my way of giving people a fun diversion during these crazy times. The first-place team and charity gets their Venmo cut before the end of each particular night.)

Hope to e-see you on Tuesday!!!

← WATCH: Louden Hickey Scores A Backyard Golazo Off A Trampoline
Amid The Quarantine, A Glorious Soccer Photo →