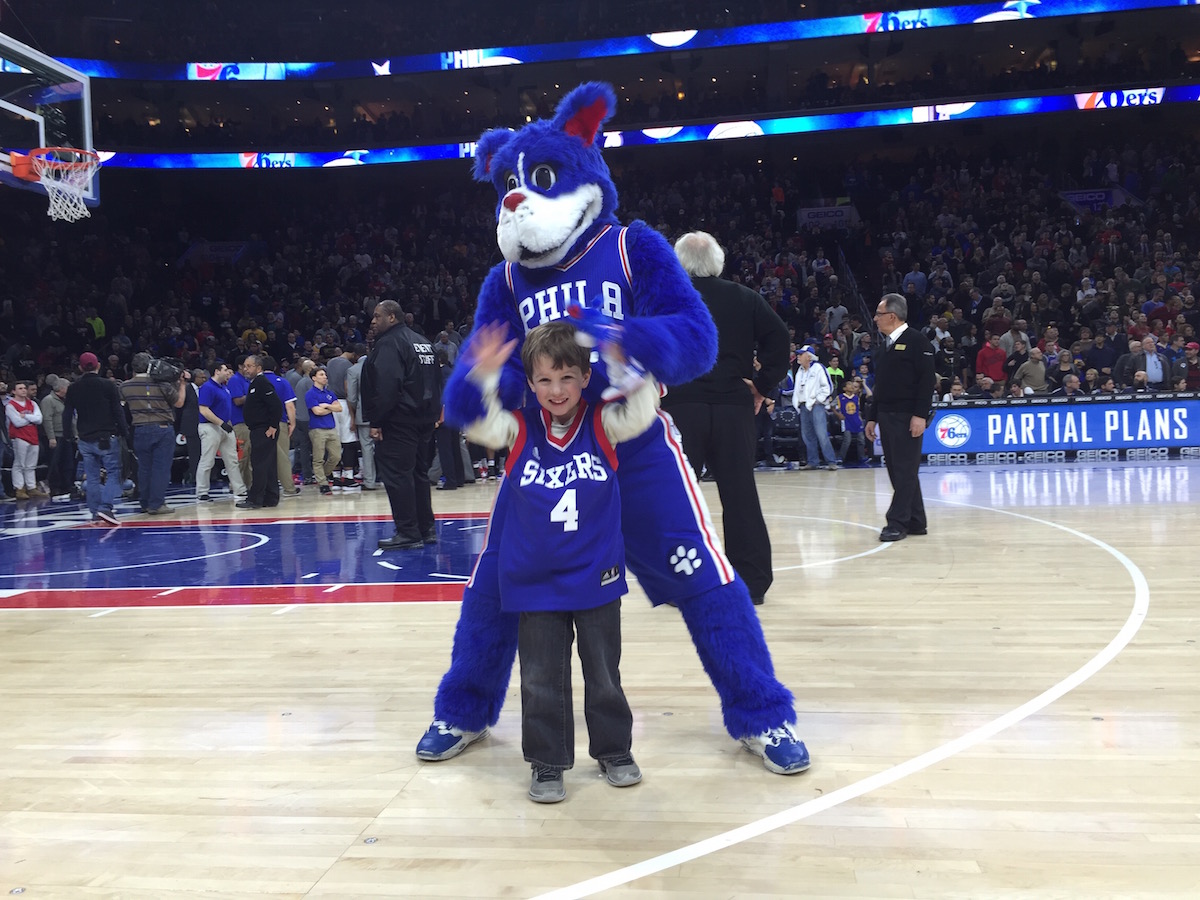 Louden went to his first NBA game on Saturday night. The Golden State Warriors were in town kicking off a roadtrip. The building was electric. Thanks to fortuitous timing — thanks Lexie! — court-side seats that weren’t being used became ours. Actually, we got moved from the corner of the court to right around the top of the key to help accommodate a party that wanted to sit together. Poor us, right?

Anyway, the Sixers remarkable comeback from about two dozen down — aided, of course, by the Warriors sitting starters for a spell — and having an indelible father/son memory for life instantly placed the game atop my other favorite old/new-Spectrum moments (Dunk City; Flyers over Lightning, Game Six, Eastern Conference Finals; getting threatened by Islanders goalie Billy Smith when I was a taunting wee lad of about 10).

In the still shot of that Dubs video, look beneath the left side of the arrow; that’s me holding Louden for the last dream-thrashing shot. Anyway, here are some photos from the game … 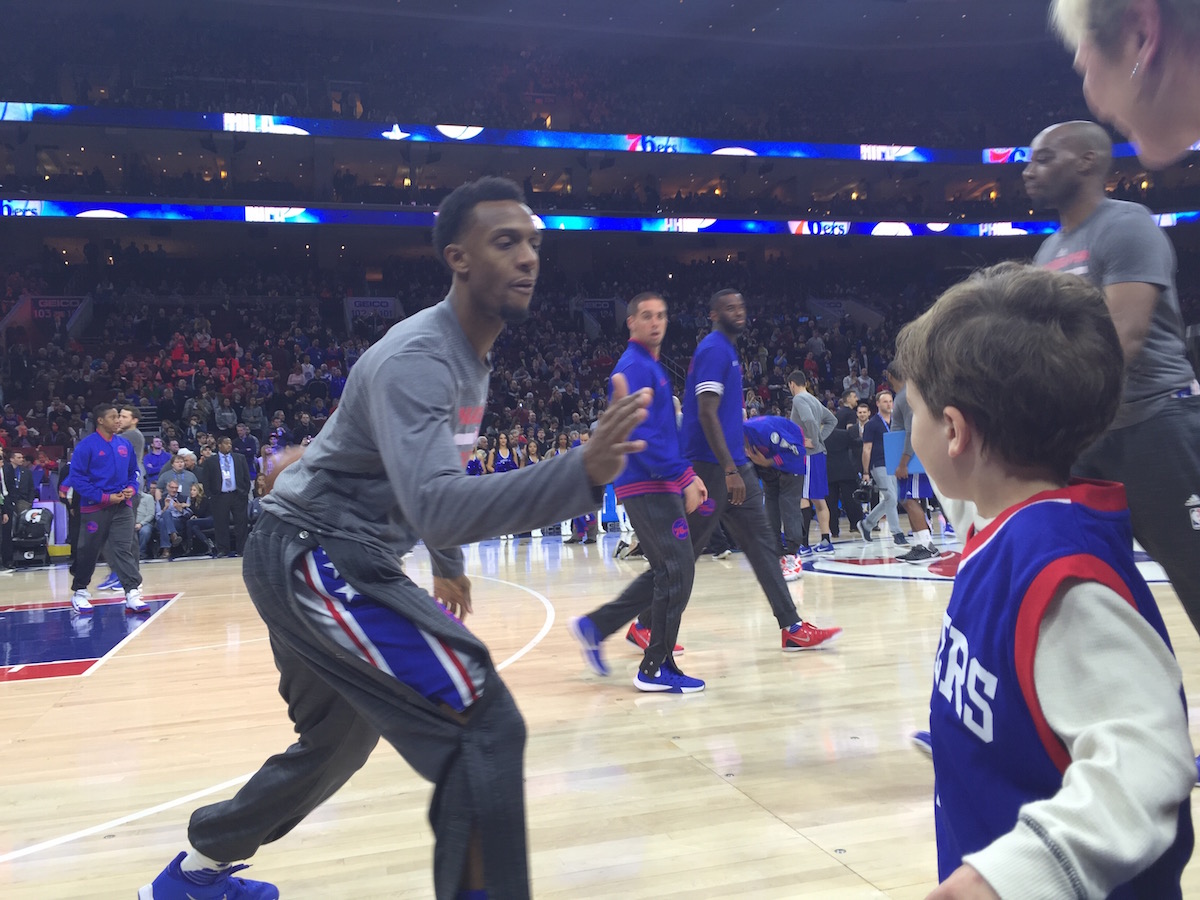 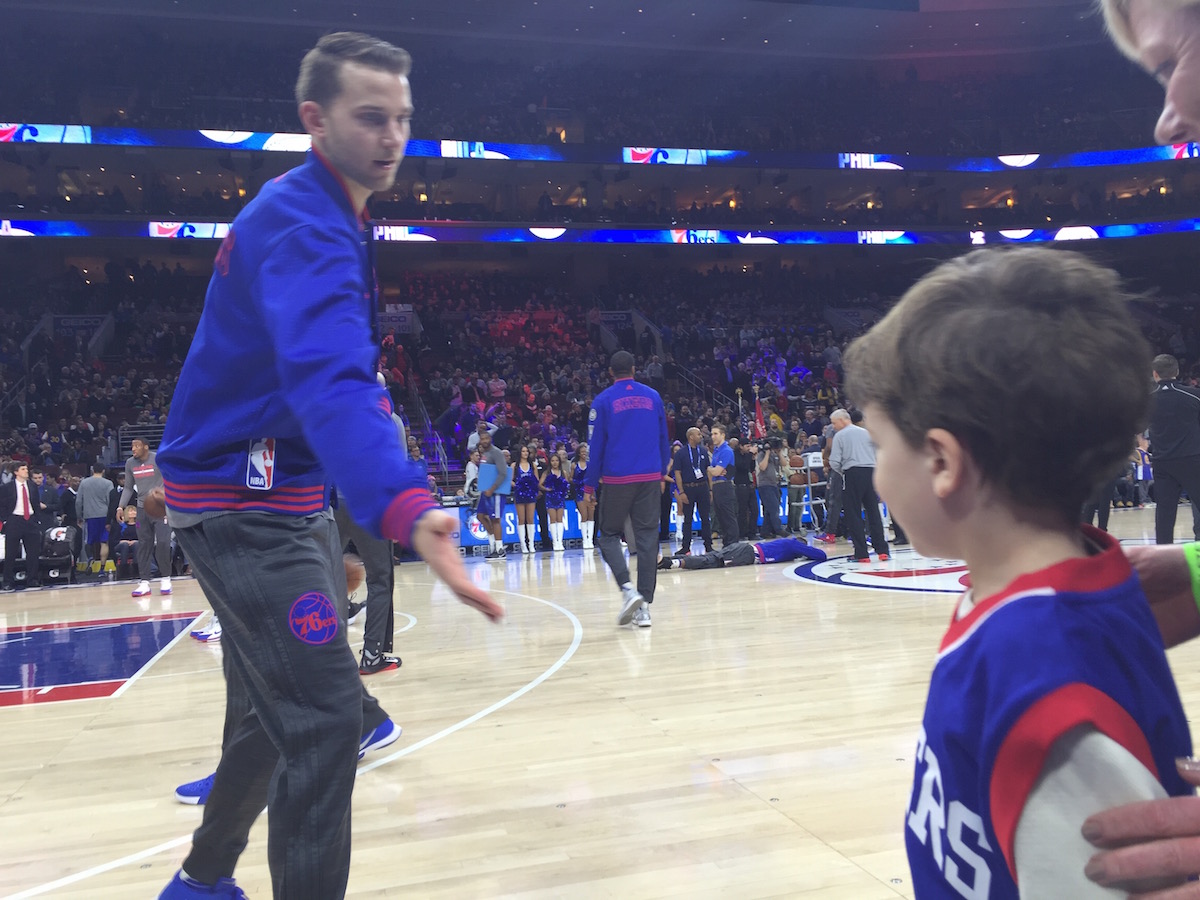 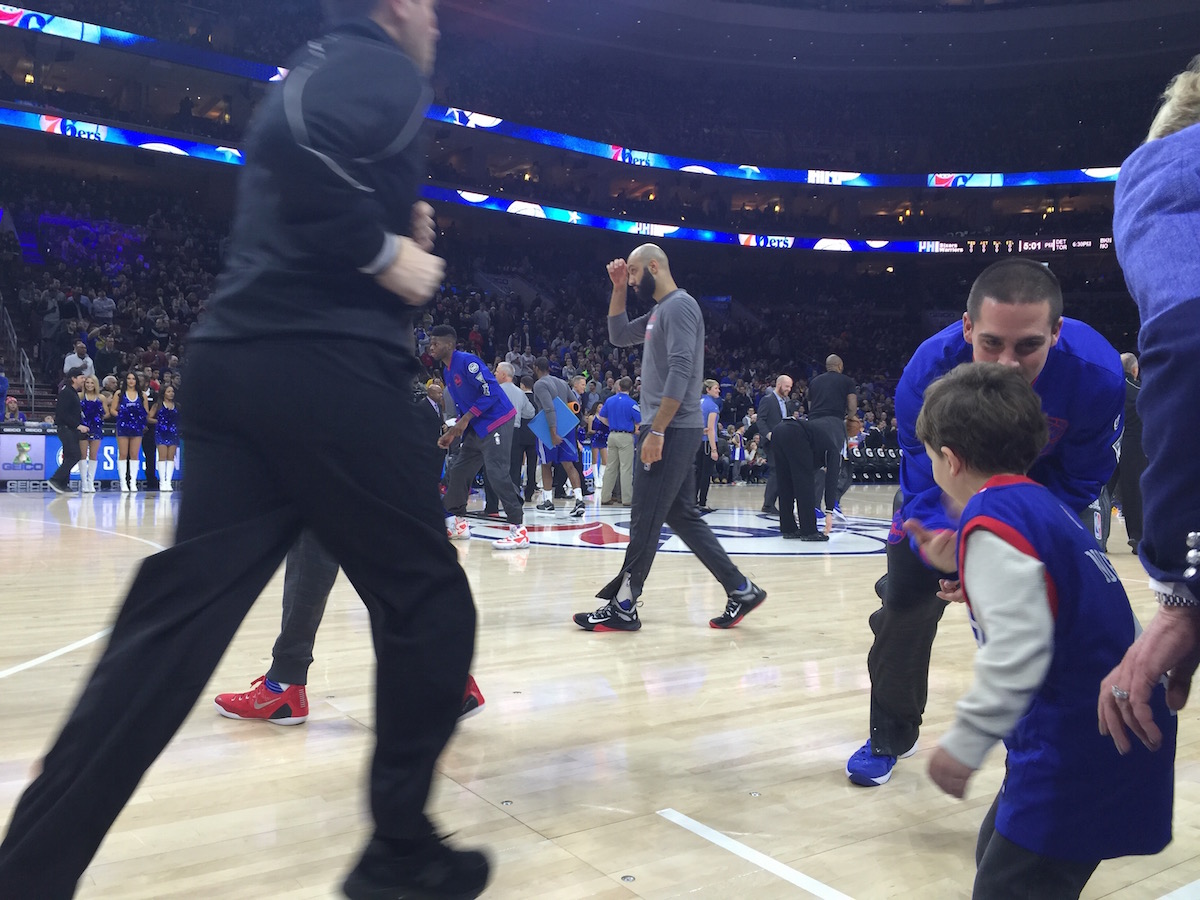 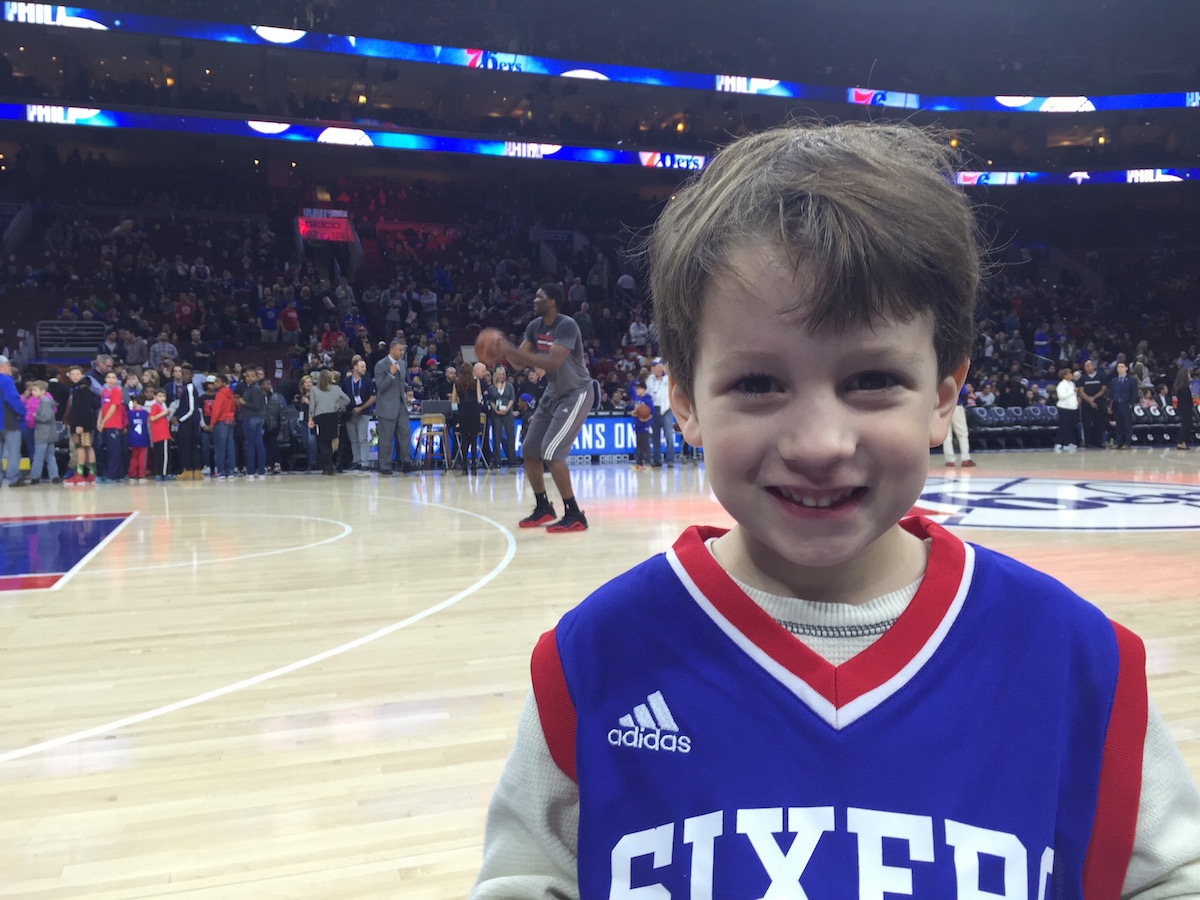 Joel Embiid gets some work in before the game. He looked like he’s close-ish to returning. 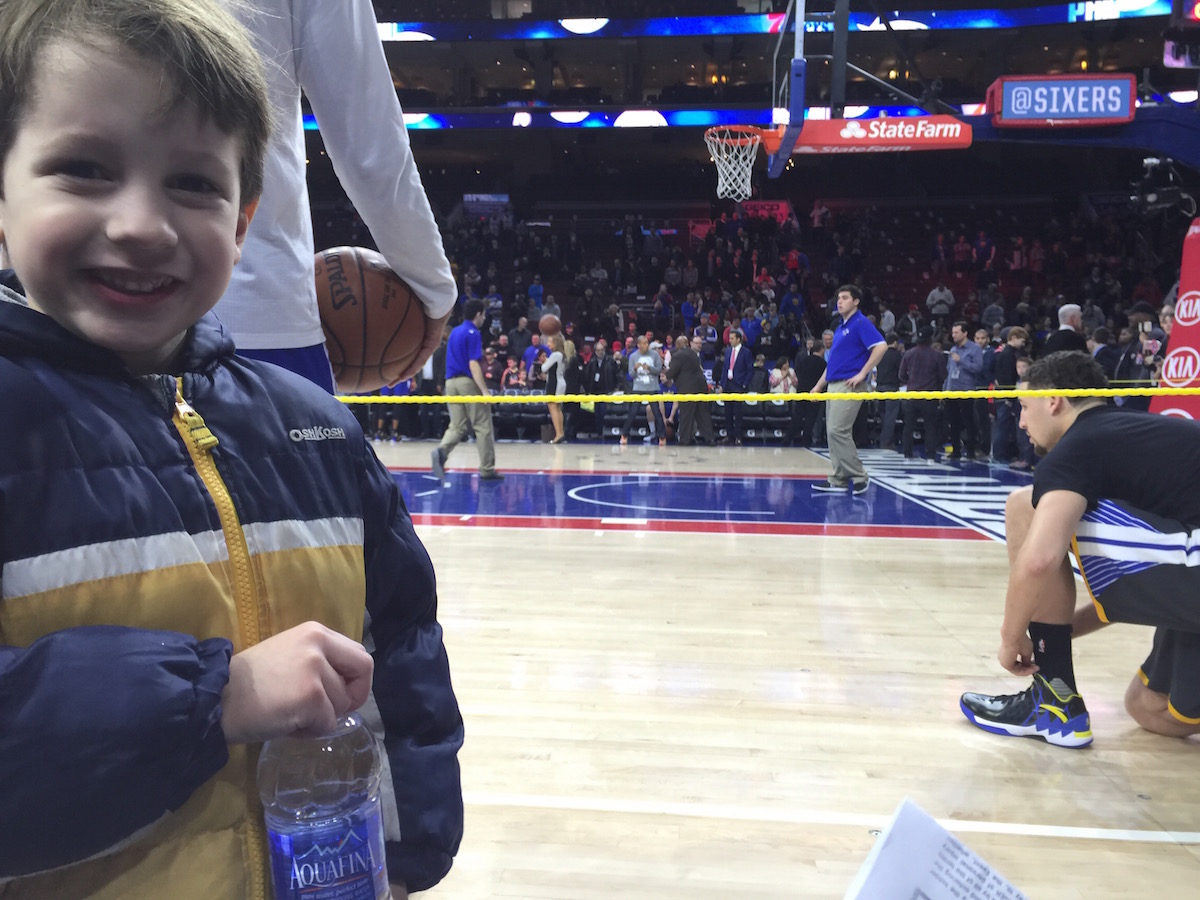 Klay Thompson, star of the game for the Warriors, laces up. 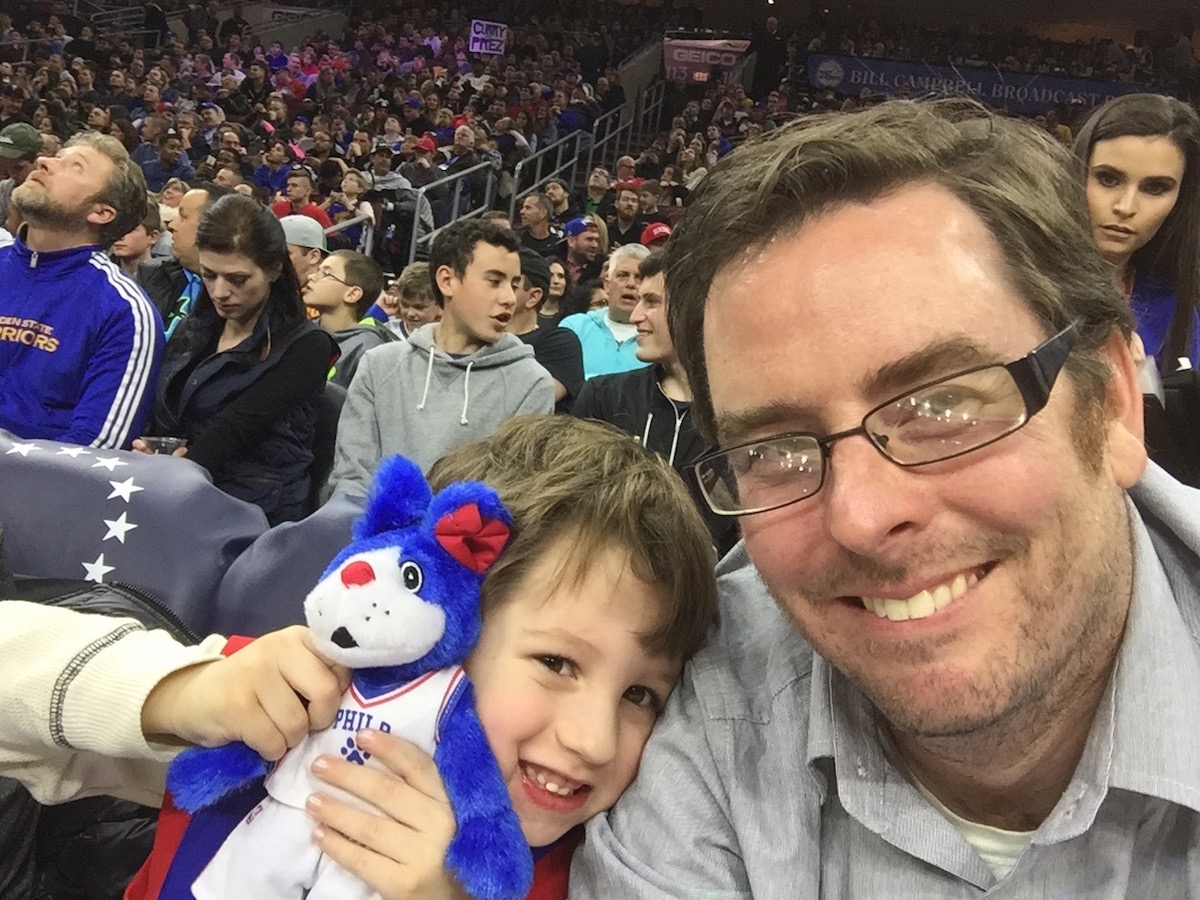 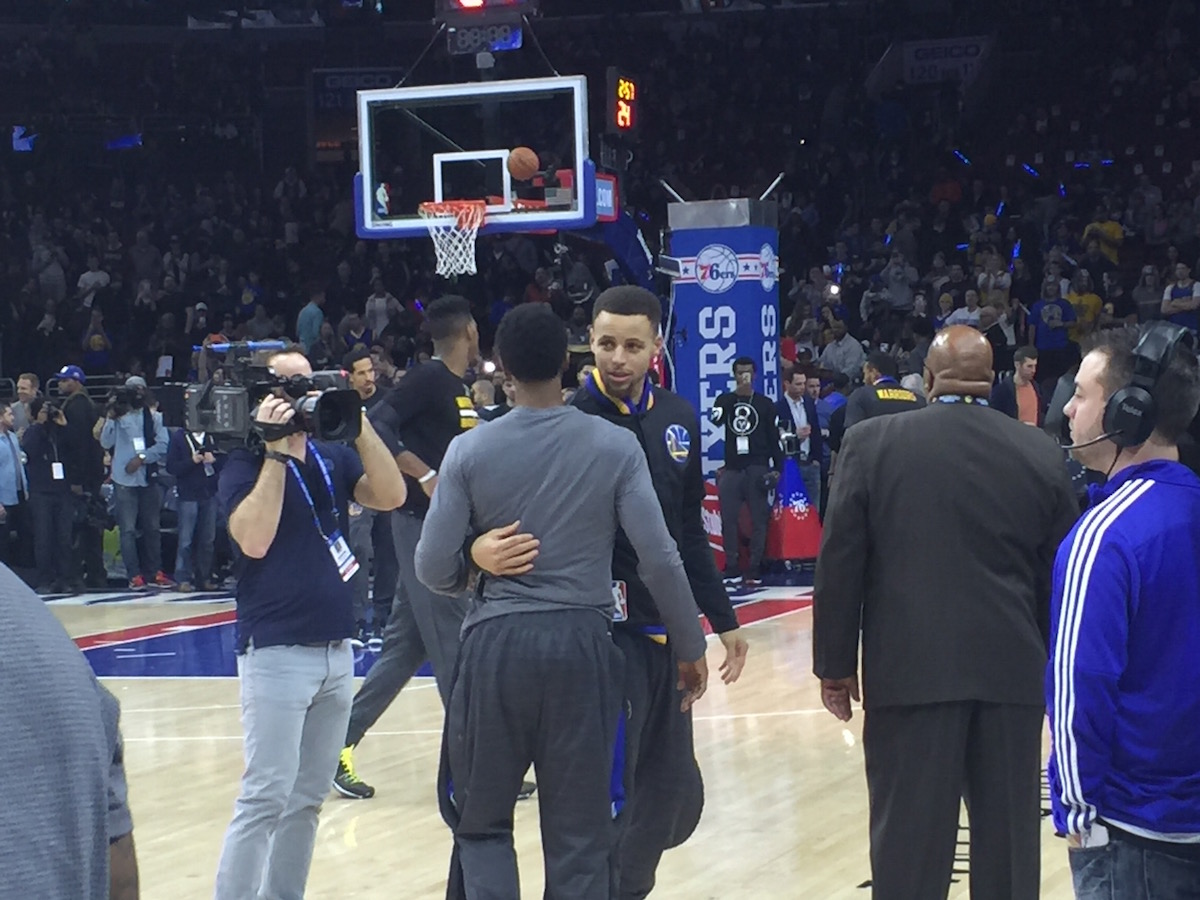 Steph Curry and Ish Smith catch up before the game. 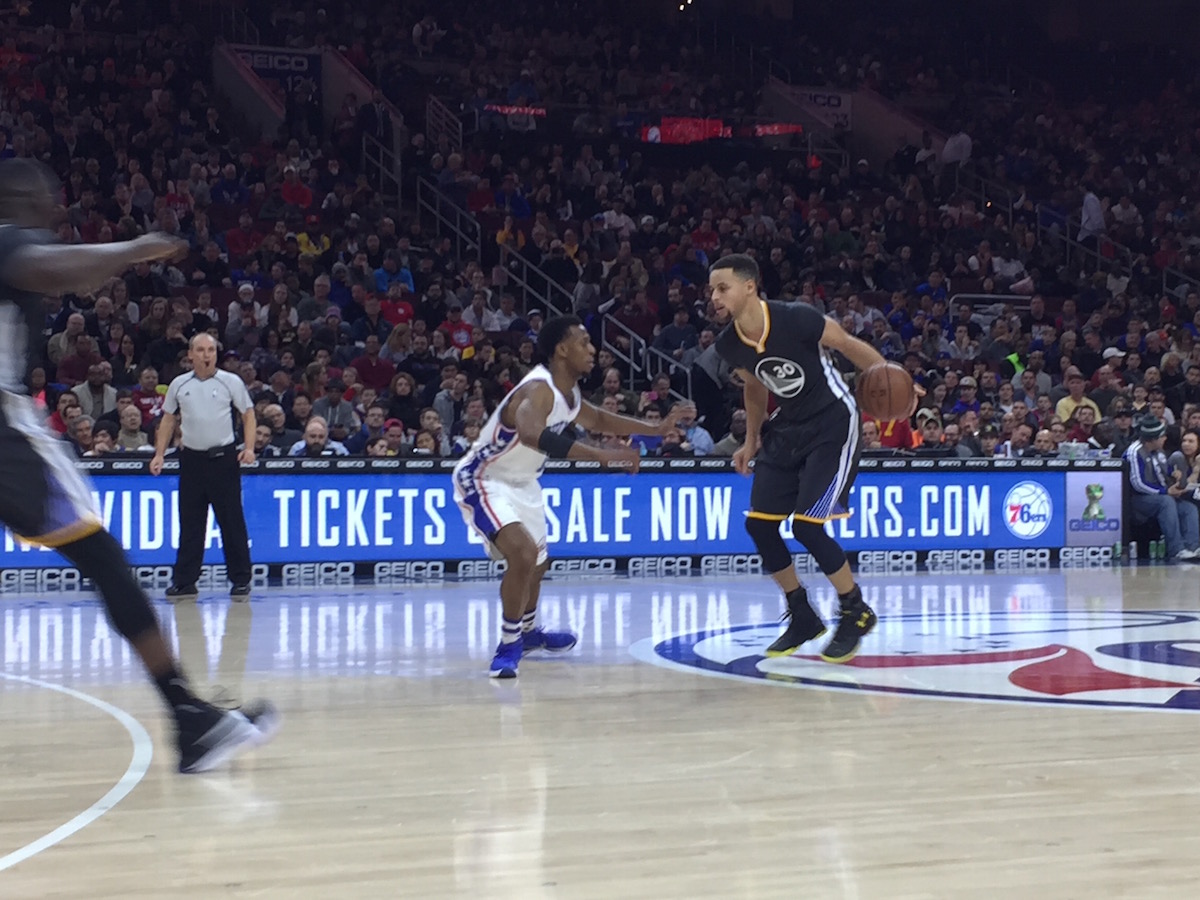 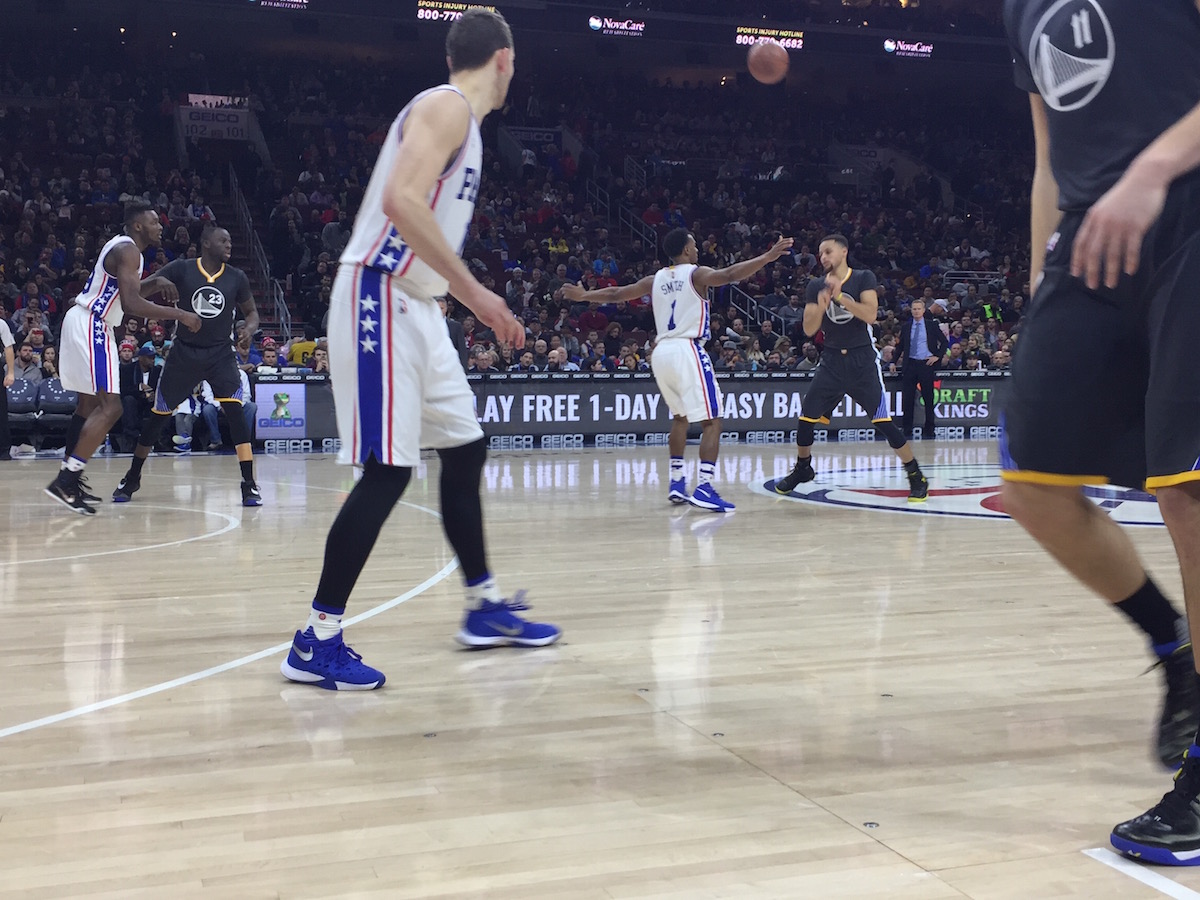 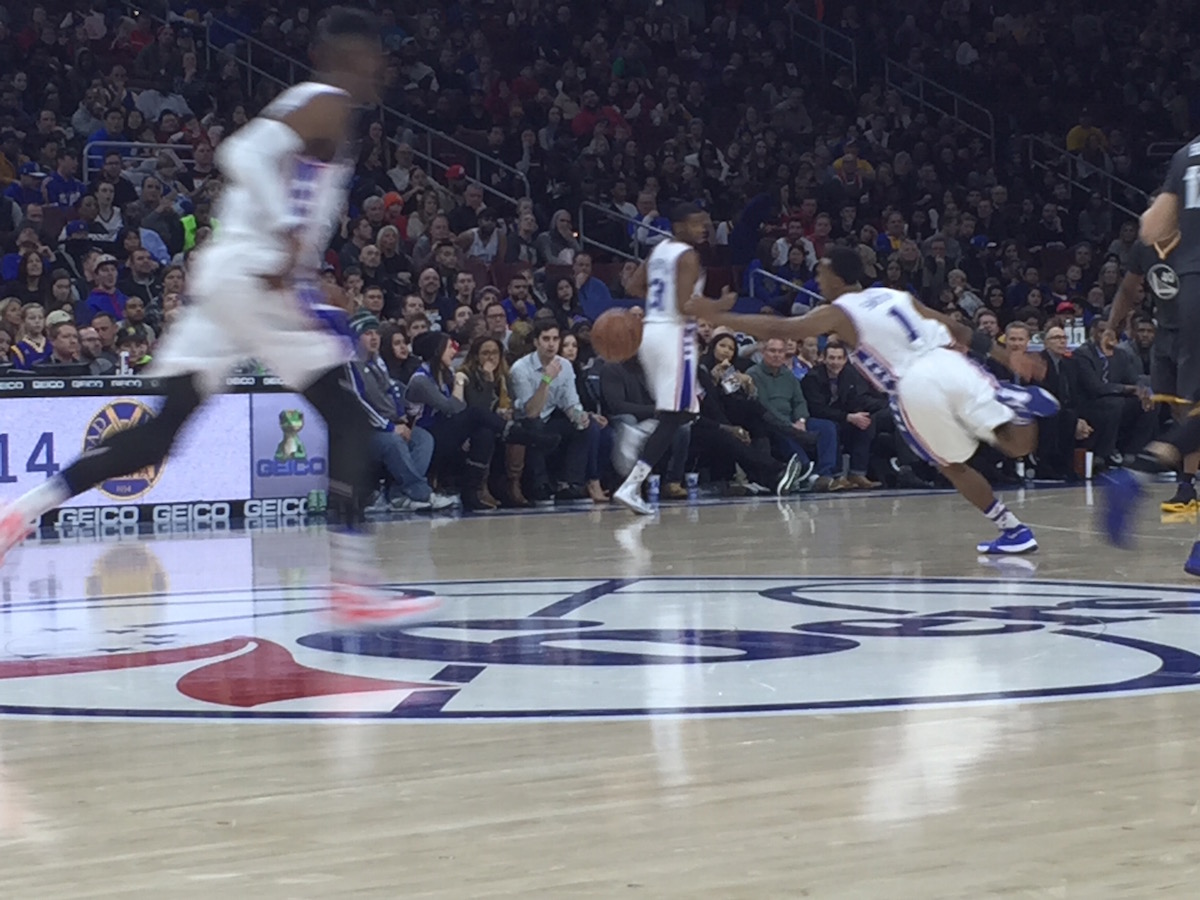 Nicki Minaj sat across the court from us, with Meek Mill, near the Warriors bench. 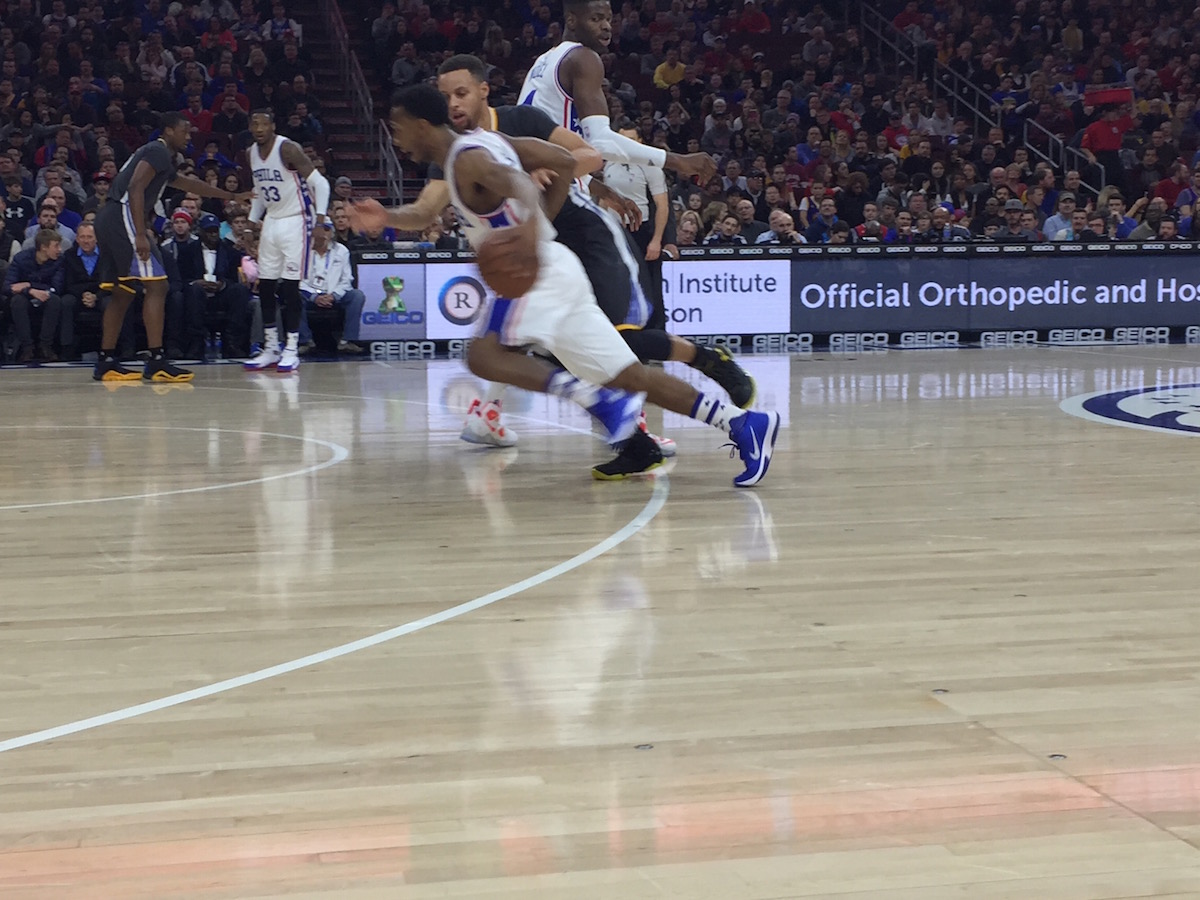 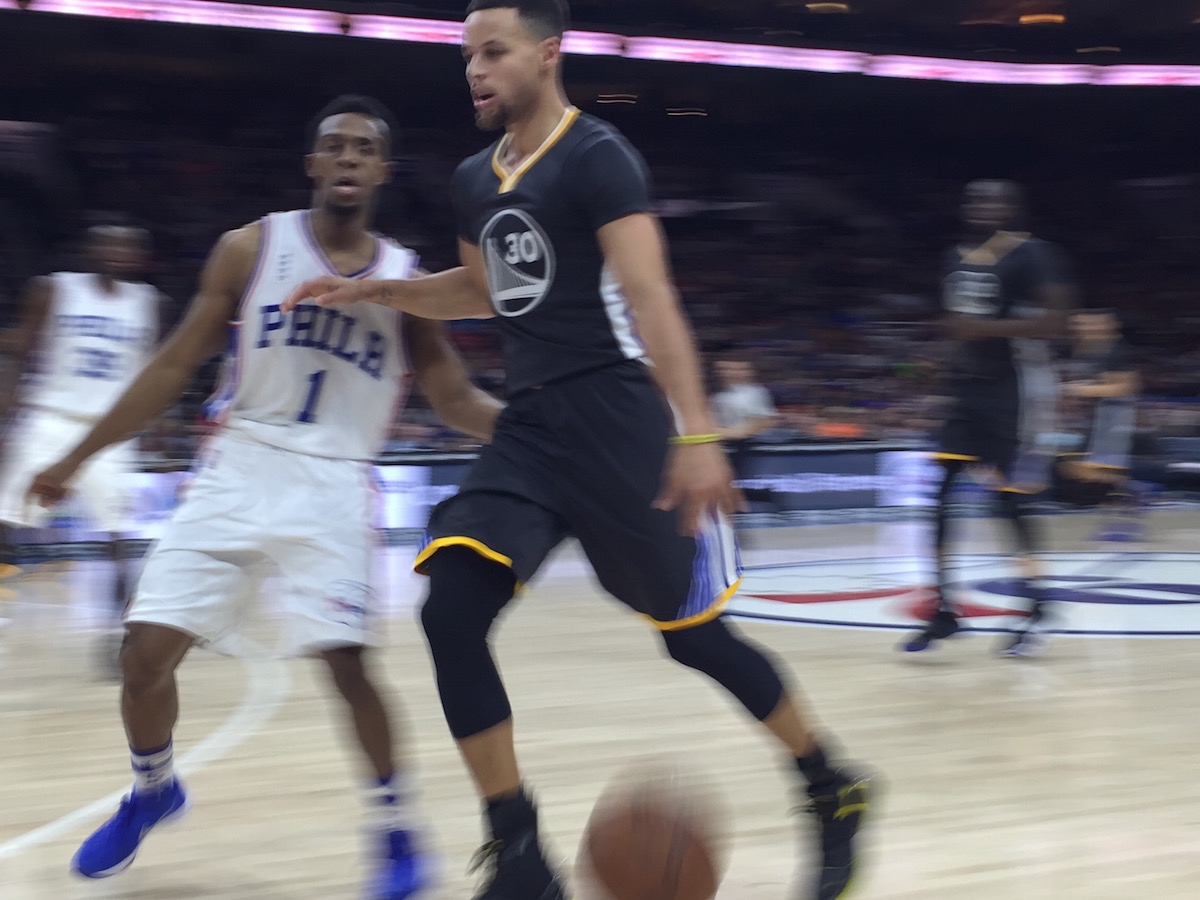 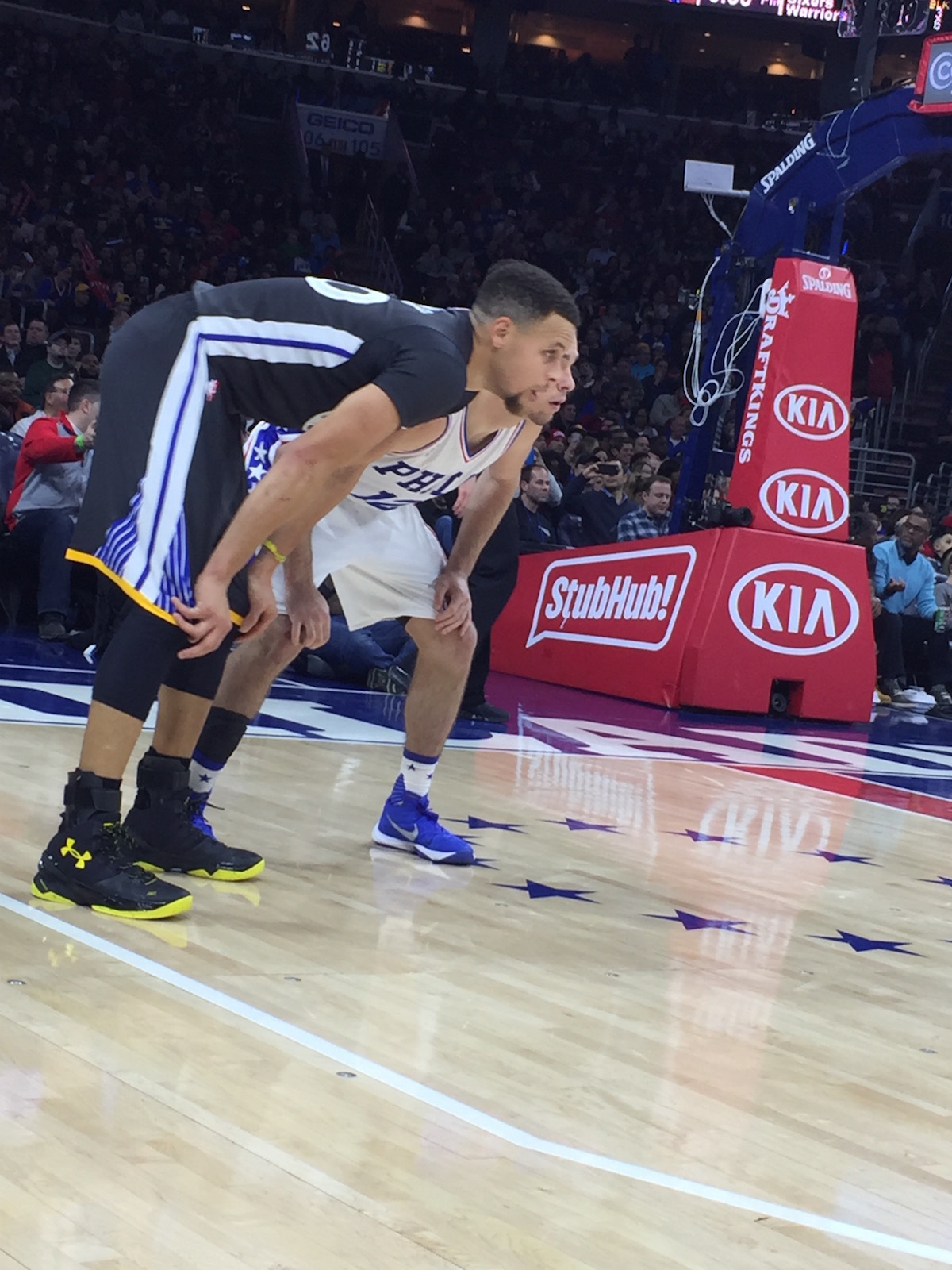 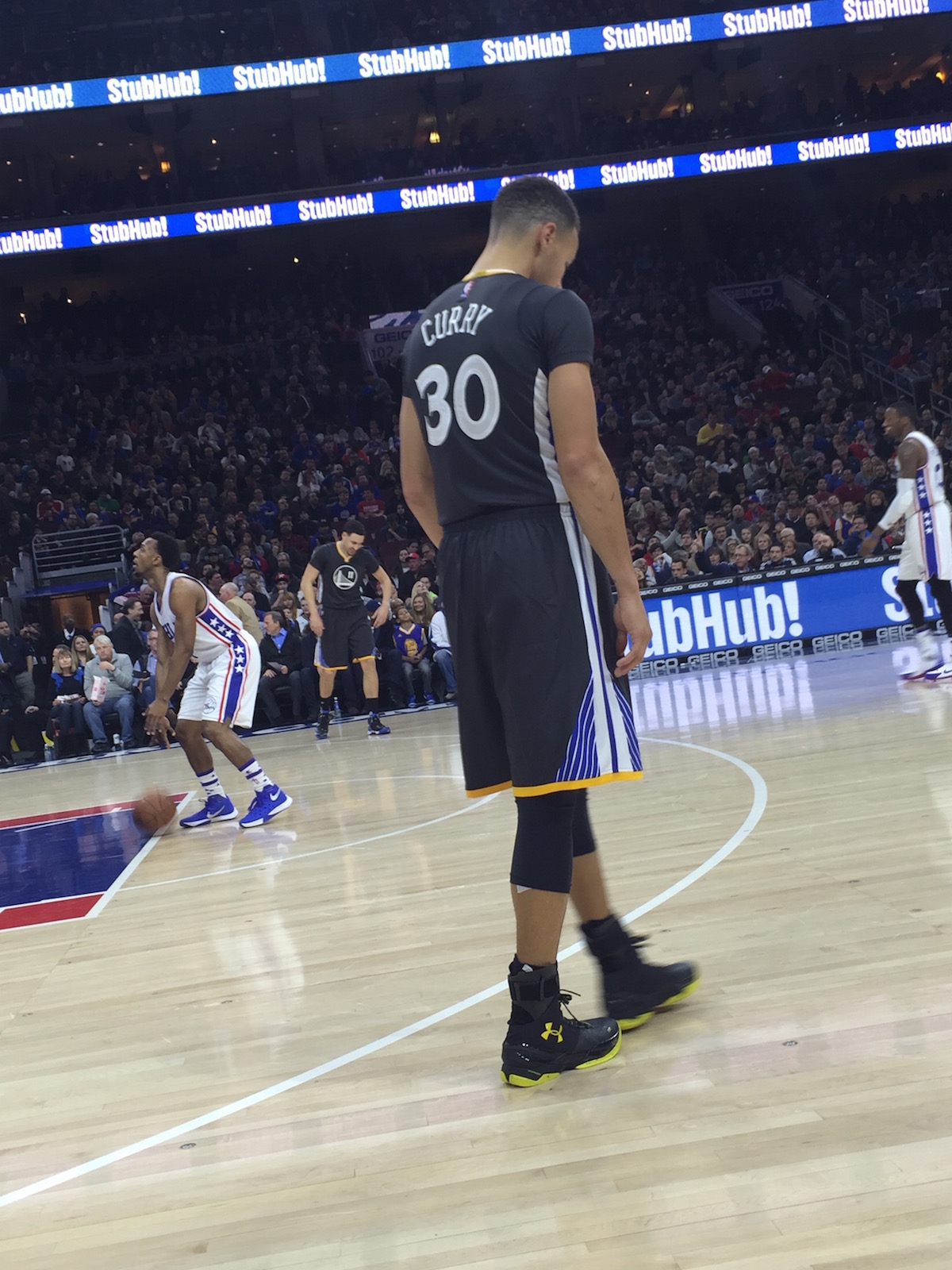 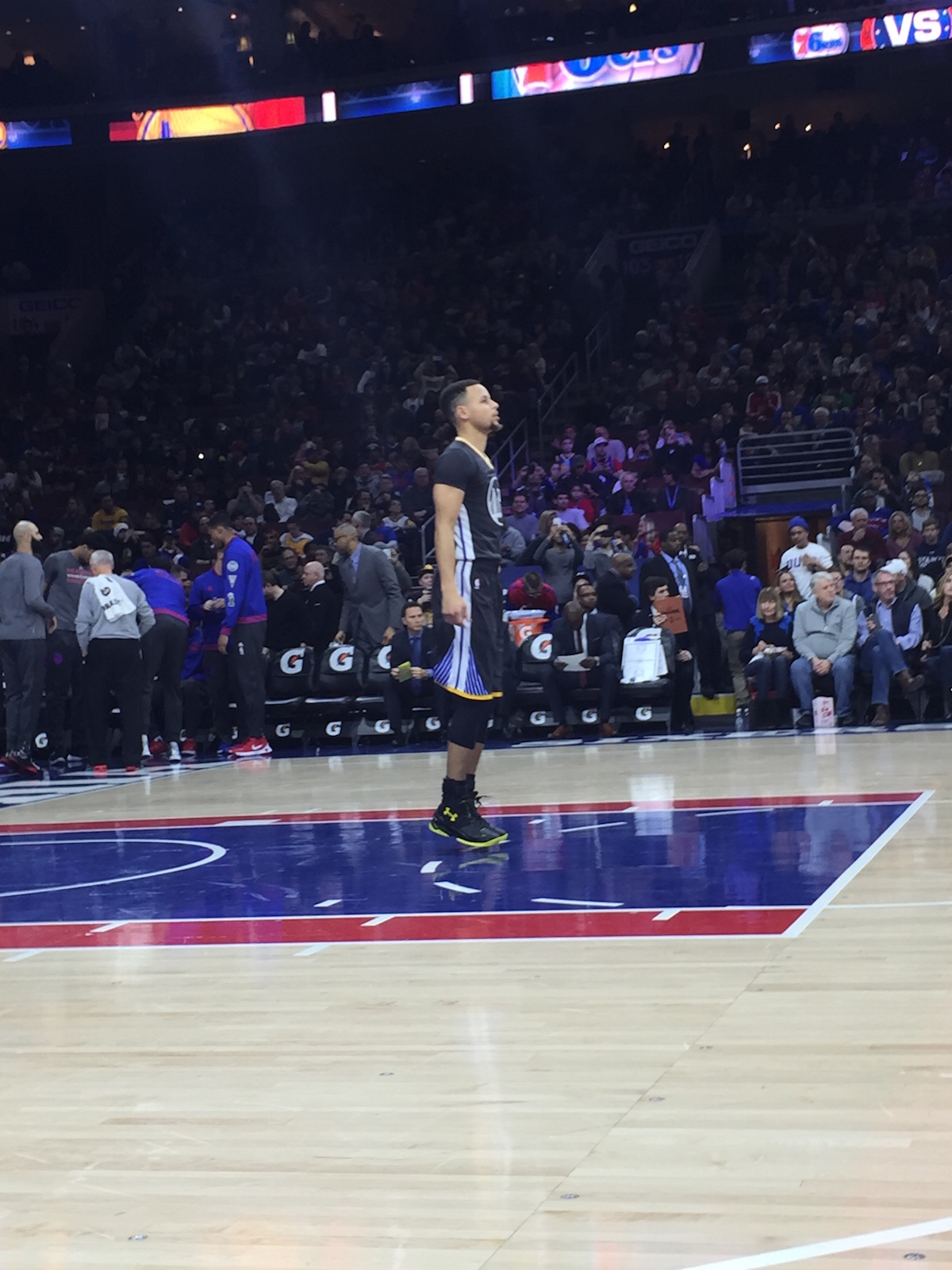