So yesterday I started clearing out our basement so I could soon start to clear out the spare bedroom to nursery-ize. I’m not quite a hoarder, but I’ll readily admit to some packrat-ish tendencies. Which is why I had to sift through a few boxes of old magazines I’d saved. Lo and behold, right next to a young Tara Reid on the cover of Maxim was this: 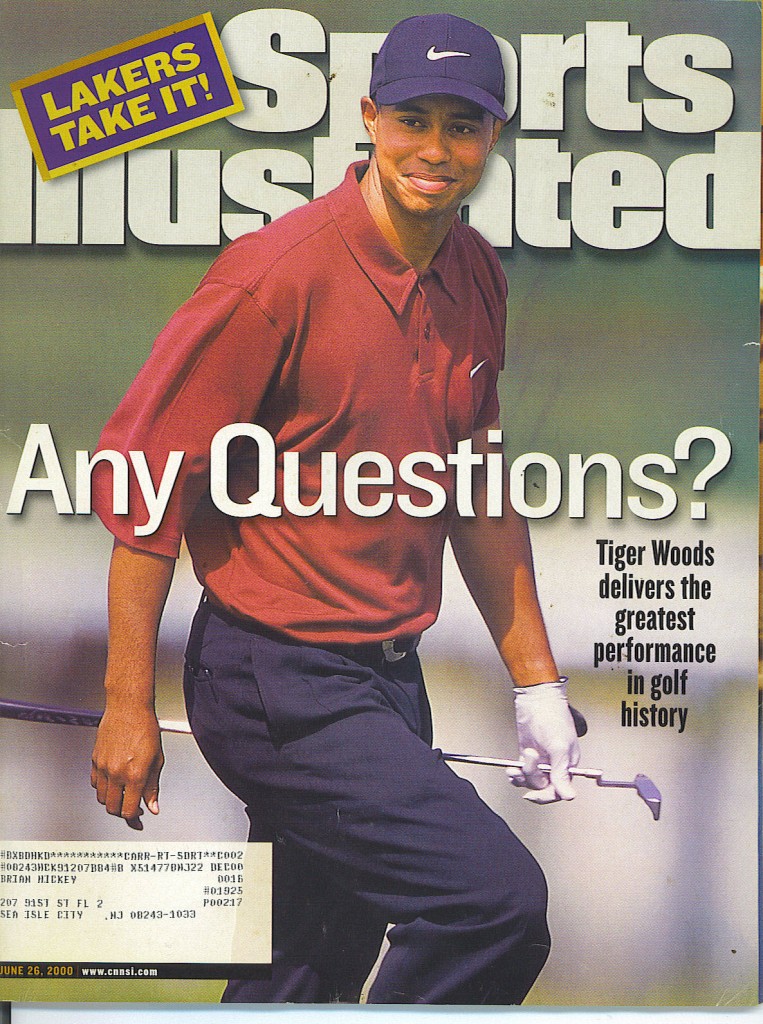 Kind of fitting for today, considering that Tiger Woods has gathered a few of the non-asking-est fanboy witnesses to Sawgrass so he can issue a 5-minute edict and call himself square with society. Now, I’m of the mind that Tiger does not owe me, you or anybody not named Elin an apology. He doesn’t. Our take-down, small-minded culture decimated his life. If I were him, I’d take five minutes to fly a plane into an IRS building instead of doing some Mr. Bojangles dance to sate the public and the advertiser’s inane fetishes.
But since I’d randomly encountered a magazine with a photo of Tiger with the hed, “Any Questions?” I have just one:
Why, Tiger, were you drawn to skeezy, skanky tramps when — with a hot wife and a bankroll with an unimaginably-huge cup size — you’re really above a Tool Academy chick, no matter how few sexual limitations she has?
Then, before he could answer honesty and wholeheartedly, I’d work in a shameless plug for the sexual-addiction story I wrote for last week’s Philadelphia Weekly. Hey, paps shouldn’t be the only ones allowed to cash in on El Tigre, right?