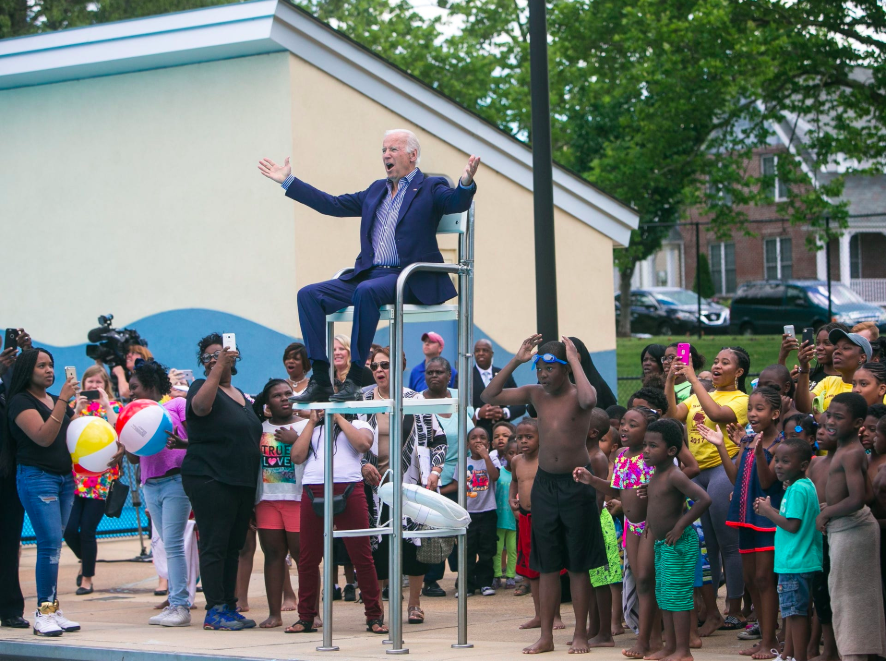 Always one to over-prepare, I started setting aside noteworthy tweets on January 1, 2019 figuring I’d do my annual Tweets Of The Year post for the media outlet where I worked.

Well, I don’t work at a media outlet anymore!

But I have all these awesome Tweets saved!

So I’m going to post them here on Philly Blunt!

They’ll be loosely grouped by category, and the best will be saved for the end. And away we go!

If you asked yourself, does the Top Gun trailer work with Pony … well I think you know the answer pic.twitter.com/fegVLeVkmF

CLEAN UP ON AISLE SEVEN

It’s literally what we do, Maureen. https://t.co/lXFmt5NXK3

WHAT’S THE OPPOSITE OF BABY YODA?

what does he want pic.twitter.com/41qySeRrHQ

Dude did the 1950s Joker laugh after knocking a cop down pic.twitter.com/1SzP8QoOks

My buddy blacked out last night, took an uber to the airport alone and got on a flight to vegas. Halfway to vegas he woke up, looked at the lady sitting next to him and said "where the fuck am I?" He is stuck in vegas til Tues and this is the pic he sent. Thats all he has. pic.twitter.com/C0Rm1aJR2w

BATS ON A PLANE!

me, twice a year: “i’ll never fly spirit again.”
me, this morning, after deciding i’d rather save 12 dollars: pic.twitter.com/ASqk3bb89j

Important: It has come to my attention that Nic Cage has a beefy goth son pic.twitter.com/KX7M6fobCb

I still laugh at this video lmao pic.twitter.com/ujHX6fHeAm

Nah, last time there was a joke at a debate it became president. https://t.co/7glq9lfUwS

They missed approximately the entire point of a National Park https://t.co/oLNAtuZBQs

Threepio, tell them if they don't do as you wish, you'll become angry and use your magic. https://t.co/XLHKsnEUxF

You guys, the otter is telling the human how to pet it and I am now deceased.

When you meet your soulmate on twitter, but they live 3000 miles away pic.twitter.com/665IW3jmU9

What kinda barbershop is this…? pic.twitter.com/FTvZoQFi58

GO BIRDS (AND PHILLY IN GENERAL)

This is a stand up guy that a lot of young players can look up to. This is how you handle adversity like a pro. Cody is a heck of a kicker and will be for a long time. No reason to be taking the heat he is especially when that ball was tipped. #ClassAct https://t.co/Ae2kr0DYIy

Everything in Virginia named after Robert E. Lee needs to be renamed after Allen Iverson.

(1) So I got summoned to jury duty and obvi was not looking forward to it. Little did I know that jury duty in the City of Philadelphia is an experience of its own…

You sure can call me Bryce. I bet this will be a real ‘grand slam’ of a friendship. Let’s have a catch sometime this summer at the Bank! #PhillyLoaded https://t.co/QN9ZcBMhIZ

“..and back in the game comes Furkan” pic.twitter.com/Cm22LxyFE8

This might be one of the funniest things I’ve seen in a long time pic.twitter.com/i80VtxdJAZ

My friend was at a bar in Old City yesterday when this beefy dude stopped at a table outside, emptied two 5 hour energy shots into two bottles of Muscle Milk and then walked away, presumably to commit an aggravated assault.

We have a male cheerleader who looks better than you

The Saints dancing in the locker room after the game pic.twitter.com/Yfr24EWYhF

The clitoris has 8,000 nerve endings and still isn’t as sensitive as a white man on the Internet

Instead of "anti-vaxxers" we should call them "plague enthusiasts"

I am thrilled to announce that I do not know which one is Tinsley Mortimer and which one of Bertil Espergren. https://t.co/oBpEunlWJS

President Carter is just out of frame, laughing too pic.twitter.com/VhY9PBDaA7

who is this woman we have to stan. pic.twitter.com/Wh5pTpCdHL

She said it in a locker room. I thought that made it ok.

This is a video everyone should get to see pic.twitter.com/1QAlDIFveD

In reality plants are actually farming us by giving us oxygen daily untill we eventually decompose so they can consume us… https://t.co/szCQb0fqDa

how do you enter this pool https://t.co/QR0MNgW036

UP UP AND AWAY!

BEST OF THE BEST

Scientist: hey you're back early

Diver: *loading a pistol and getting back in the submarine* ocean's haunted https://t.co/Kr1N6ANLU5

Internet: No way 30-50 hogs rolling up on someones yard ever happened…

tired of these mfs pic.twitter.com/NX6G3I2TMi

Imagine walking in on your girl and she’s using a permanent marker to write “I ❤️ lil B” on her ass.

one time someone i know got rejected by a life insurance company because of her dangerous hobby of "rock climbing," but the letter they sent said "cock climbing" instead, and she sent a copy of the letter back like "did u just call me a whore" and then they insured her

— i bless the rains down in castamere (@Chinchillazllla) February 28, 2019

My girlfriend shouldn’t have to sit in a car seat https://t.co/8ysuCPw0ed

so I was accidentally placed in a group chat with these ladies…and I’m sorry barb… LMAO pic.twitter.com/y50Ke0JoVh

get her ass. drag her. absolutely destroy her pic.twitter.com/IPpFCC1Yft

OMG, big boi Mr. B is a CHONK. He’s a chonk of a chonk. He redefines the term. Can you guess how much he weighs? More importantly, can you give him a home? Adopt this jumbo-sized package of fluff & love: https://t.co/v8aB6PzBbL. Please RT to help this sad-eyed guy find happiness! pic.twitter.com/tquRuvRaws

JUST IN: 2 local friends see each other unexpectedly on the street in New York City