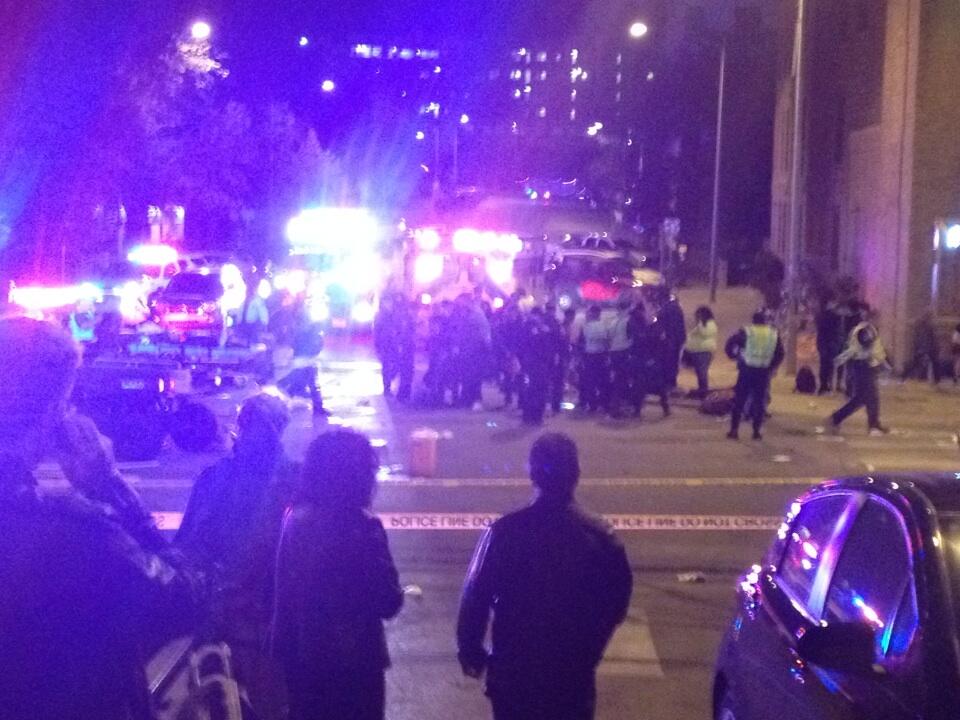 Tragic hit-and-run at the South By Southwest music gathering in Austin, Texas early this morning.

According to the Dallas Morning News …

A man and woman were killed and 23 people were injured after a car plowed through a crowd of pedestrians at the SXSW music conference in downtown Austin early Thursday, police say.

Five victims were critically injured and five were seriously hurt in the incident, which occurred about 12:30 a.m. One patient required CPR, authorities said.

The driver, who is suspected of driving drunk, reportedly tried to run from the scene at Ninth and Red River streets before a police officer subdued him with a stun gun.

Here’s video from the scene via Socrates Villarreal﻿: