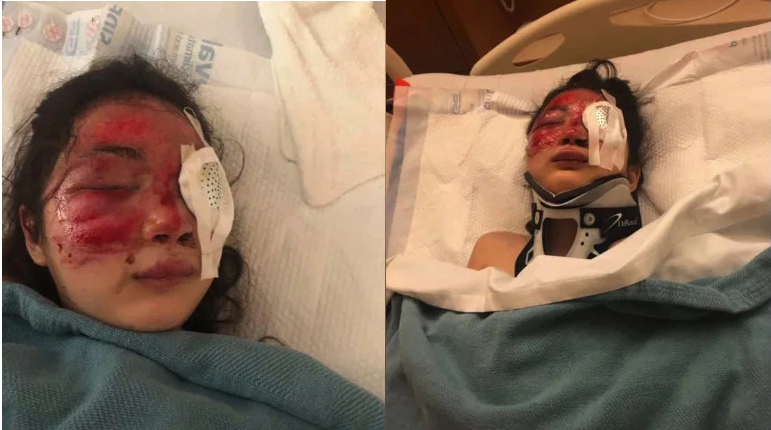 10867. A veteran officer with Overland Park (KS) Police Department was fatally shot by a hit-and-run suspect over the weekend.

10868. A 7-year-old girl may be blind after police said a driver crossed left of center and struck an oncoming vehicle shortly before 5:30 p.m. Sunday. Her family said after the crash, they saw the driver run east down Montana Street from his truck.

10869. “She was a beautiful girl,” said her cousin. “She was very beautiful and very talented. We are, I am still in shock. We don’t know how this happened.”

10870. Moments after Marino was hit by the first car, he was hit by a second vehicle as he laid in the road. Police describe the second vehicle as a mid-2000s model dark-colored Nissan Xterra and report it may not have noticeable damage from the collision. The driver of the Nissan Xterra pulled into a nearby gas station and was spotted pumping gas before leaving the area.

10871. Police said a 57-year-old man using a wheelchair to cross the street was struck by a vehicle that fled the scene. Medics pronounced the man dead at the scene.

10872. “I just want them to see this and remember how special of a person,” said Donna Scram, Willard’s wife.

10873. Police say an 11-year-old Mississippi girl was killed and her mother injured after being struck by a car that fled the scene. Media reports the child, Leighton Hill, was killed Saturday night as she was riding her bike down the street in Hattiesburg.

10874. TOLUCA LAKE (CBSLA) — A speeding car hit a bicyclist and two pedestrians before taking off in Toluca Lake on Monday night, police said.

10875. “What kind of person hits somebody?” Sinatra asked. “They had to know they hit this person.”

10877. The pain runs deep, “When you know somebody, you’ve been to their house, you know their kids, their family, ah loved one at that! It hurts…you still live in shock” says Dell.

10878. “I’m trying to keep busy, but it’s driving me nuts at the same time,” Tanner said. “I hope that GrubHub understands the situation because they do have some issues with their drivers… For that person to have that kind of anger — to hit her, carry her on his car, then run her over — something is wrong somewhere.”