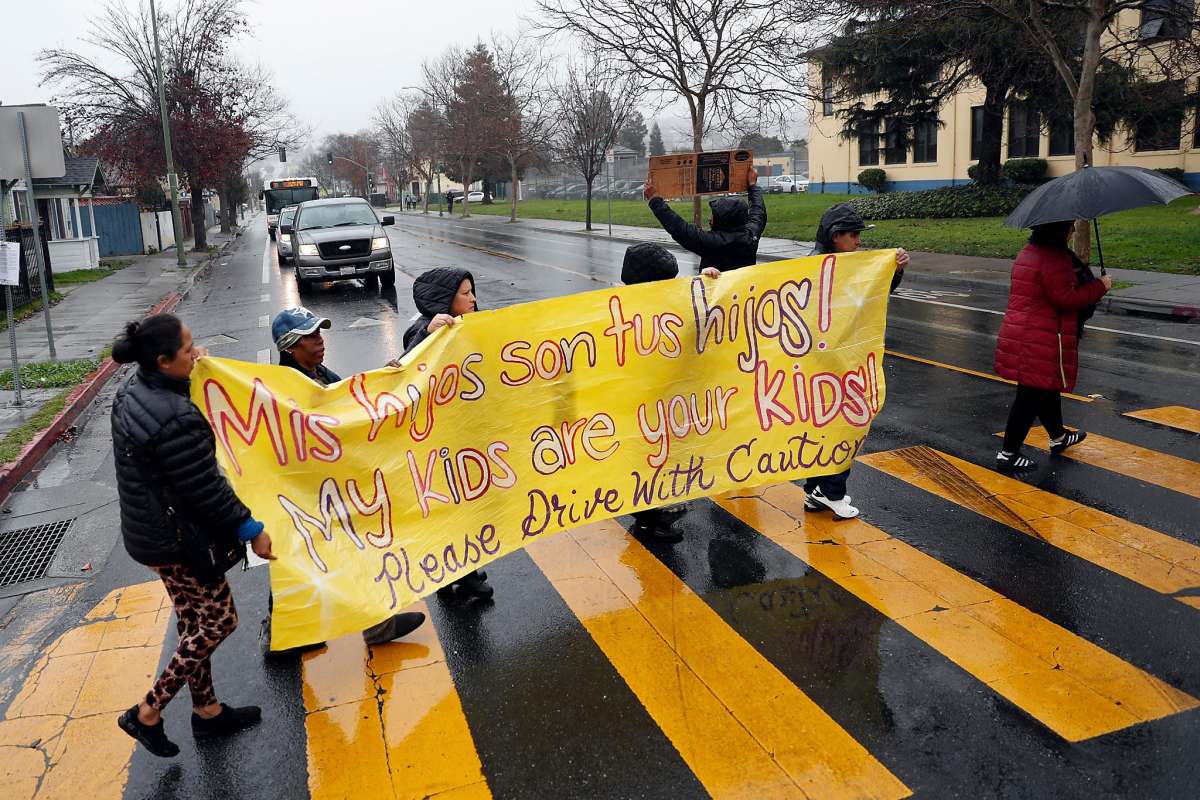 10728. About a dozen people gathered near an Oakland intersection Tuesday afternoon to remember a 40-year-old mother of seven who was fatally struck by a car days ago while she crossed a street on her way to pick up one of her children at Elmhurst United Middle School.

10729. CrimeStoppers and Honolulu police are seeking the public’s help finding the suspects of three recent hit-and-run cases across Oahu.

10730. Authorities say a man was struck along Williamstown Road just before 10:30 p.m. when while he was crossing the Atlantic City Expressway bridge. The driver left the victim to die in the street. Later, a passenger on a passing bus saw the victim’s body on the side of the road and told the driver. The bus driver then called police.

10731. A Sioux Falls woman once convicted for a hit-and-run that injured a pedestrian has been arrested again, this time for driving the wrong way down a major thoroughfare and possession of a controlled substance.

10732. PHILADELPHIA (CBS) — Police are investigating a deadly hit-and-run that happened on Broad Street near Champlost Avenue in North Philadelphia. The collision happened after midnight Saturday in front of the 35th Police District.

10734. Berkeley police detectives have identified the driver who ran over a homeless woman on the sidewalk as he fled from a UCPD officer Monday, but he has been “able to elude capture” and is “armed and dangerous,” authorities announced.

10735. A 41-year-old Homewood man has been charged nearly a year after a man was killed in a hit-and-run accident near PPG Paints Arena in Downtown.

10736. A Florida man, who went viral last year after video captured him in a street brawl with another man while dressed as the Easter bunny, has donned the costume again – this time, in an attempt to avoid a hit-and-run arrest, authorities said.

10737. “We want to send a message that in New Jersey if you are involved hit and run, once you flee the entire state is looking for you,” said Assemblywoman Annette Chaparro.

10738. “When they showed me the picture that’s when I realized it is my son. Just tried to keep from breaking down right then and there,” said Benny.

10739. “I know it was an accident. I’m pretty much sure no one — it was unintentional, but please do that for me,” the victim’s son Jean Michel Gallumette said through sobs. “I ask that you just come forward.”

10740. AUSTIN (KXAN) — A man who was convicted in the 2017 hit-and-run death of a 50-year-old woman has been sentenced to nine years in prison. Former Texas State University student Aramis Guerra II previously pleaded guilty to the crash, which happened on Interstate 35 in Jarrell on June 17, 2017.

10741. The department released cellphone video from a bystander that shows the man identified as Foks repeatedly looking over his shoulder while walking away, carrying a bag. The people recording the video from their vehicle can be heard saying, “Where are you going, man?” and “Don’t run, man.”