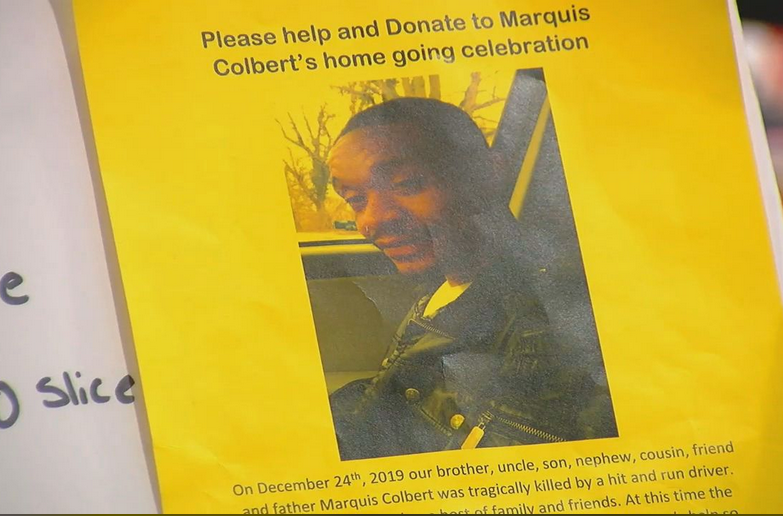 10671. A Seattle man killed himself later a police officer falsely accused him of seriously injuring a lady in a hit-and-run crash, newly released records show. According to the media reports, an internal cops investigation found that the officer’s lie “shocked the conscience” and played a part in the man’s death.

10672. A driver struck a child with special needs whose parents called the police shortly before the crash to report the child was missing. Not long after Krum police arrived to the family’s residence around 7:20 p.m., they got the vehicle-pedestrian crash call.

10673. “I could see if it’s a tiny dog or a squirrel or something, but when you hit something human-size, how do you not know? And witnesses say that the vehicle was smoking, which we think was steam from the radiator damage, so with that, how would you not know that you hit something?”

10674. “I don’t remember being hit, but I remember yelling for help while laying on the ground,” Stratton said. “I didn’t know what happened. I just remember having these incoherent, strange dreams and I kept telling myself not to wake up.”

10675. A teacher who was 36 weeks pregnant lost her unborn child after her vehicle was struck head on in a hit-and-run as she drove home from her baby shower, her father said.

10676. “I just can’t believe someone would do that and leave him laying on the side of the road,” said Joy Fausnaugh, Seymour’s ex-wife. “I don’t care how much trouble you’re in. Why would you do that to a human being?”

10677. PICO RIVERA (CBSLA) — A 15-year-old riding a skateboard was killed Friday after being struck by a vehicle in Pico Rivera.

10678. ORLAND PARK, Ill. (WLS) — The family of a woman killed in an Orland Park hit-and-run is suing the retired priest accused of being behind the wheel.

10680. PORTLAND, Ore. – Portland Police Bureau and the Hillsboro Police Department arrested a man Thursday on manslaughter, failure to perform duties of a driver, reckless driving, and DUII charges after a two-year-investigation into a deadly hit-and-run crash.

Police say on Nov. 26, 2017, a speeding driver hit and killed Daniel Gene Ramsey III at the intersection of North Fessenden Street and North Alma Avenue in Portland. Investigators say Ramsey was crossing the street in an unmarked crosswalk. He was with his girlfriend at the time. She was uninjured.

10681. According to preliminary information from NOPD, the bicyclist was riding lakebound on Canal Street when he was hit from behind by an SUV. He was thrown from his bike and died at the scene, NOPD said.

10683. HENRICO, Va. (AP) — Police in a central Virginia county are looking for a motorist whom they believe struck and killed an 89-year-old pedestrian.

10684. SOUTH BRUNSWICK, NJ – The South Brunswick Police Department are still seeking information regarding the hit-and-run death of township resident Ron Von Thun. Von Thun was hit on Friday, December 13 when he was riding his bicycle along Route 522 between Georges Road and Kingston Lane at around 10 p.m. The 49-year-old died was pronounced dead at Robert Wood Johnson from injuries he sustained during the accident.

10685. Detectives say Marquis Colbert crossed in front of a car on Colerain Avenue near West Fork Road. He was hit by one vehicle, which took off, and was then struck by another car as he laid in the road. Colbert died later at UC Medical Center. On Saturday, friends of the family held a bake sale for the father of seven. It’s all to raise money for his funeral next week.

10686. PHILADELPHIA (CBS) — Philadelphia police have announced the arrest of a woman in connection to the hit-and-run death of an 82-year-old woman in Northeast Philadelphia. According to police, Romualda Gulbiniene, 67, now faces multiple charges including careless driving and accidents involving death while not properly licensed.

10687. A “Kindness Party” at St. Martha Catholic Church in Louisville on Saturday resulted in the collection of over 1,000 bags of food that will be given to those experiencing homelessness this holiday season. The event was held in honor of Riley Lawrence and Claudia Wadlington, who were 4 and 5 years old, respectively, in July 2008 when they were hit and killed by a car speeding away from Louisville police. 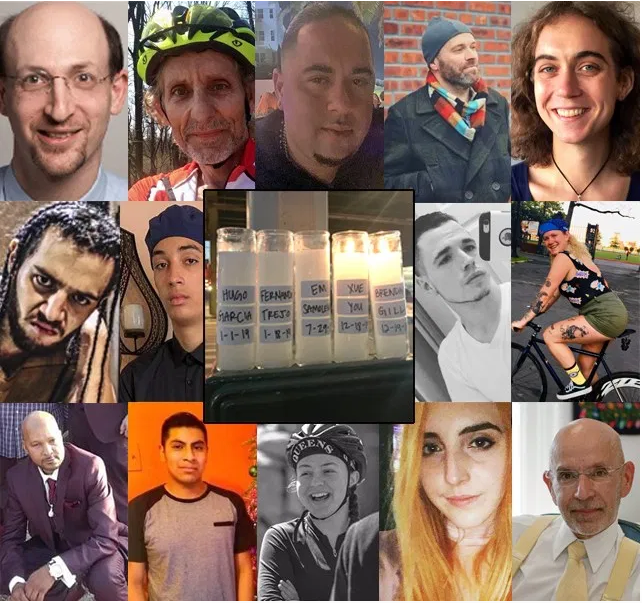 10688. Several presidential candidates spending their weekend in Iowa denounced the racist motivation behind an intentional hit-and-run that left a 14-year-old central Iowa girl injured earlier this month. Natalia Miranda, 14, was struck by a hit-and-run driver in Clive on Dec. 9. The driver, Nicole Poole Franklin, 42, allegedly told police she targeted her victim because the girl “is Mexican.“

10689. PHILADELPHIA (KYW Newsradio) — Police have released surveillance images of a car in connection with the hit-and-run that left a father of five dead in North Philadelphia earlier this week.

10690. “All we feel is emptiness. There’s no anger. There’s no room for anger,” Jeremy said. “I don’t know how you could feel anger in this situation. It’s just tragic.”

10691. “I hope someone will pick up phone and let us know what happened. The family is so traumatized and it is difficult to navigate these challenges,” Adams said. “Any officers would tell you they respond to calls like this – you don’t know how to start. It is important we give family support and help them to navigate the process of losing a loved one in tragic way and an unimaginable pain, just blocks from their house. The thought of a mother visiting for holiday, she only went to the store. Happy New Year will never be happy again.”

10693. “It’s horrible. It hurts me,” Jacqueline Sergeant, a Canarsie neighbor, told PIX11 News. “It could have been me or a family member, that’s unacceptable.”.

10697. Police in West Philadelphia are looking out for a white sedan related to a fatal hit-and-run.

10698. WESTBROOK, Conn. (AP) — A bicyclist who was hurt after a hit-and-run on Christmas Eve has died, Connecticut State Police said on Sunday.

10699. “The tragedy should not changed who she has been. Who she’s been to this church and to this community,” Rev. Turner said. “Did she get to Heaven on my terms? No. But, she got to Heaven on God’s terms.”

10700. “It was hard to wake up Christmas morning and not have her with us and know that he got to spend Christmas with his family. It just doesn’t seem fair,” says neighbor Irene Secone.

10701. “We just had that bond where I just had to hear from him,” she said. “I’ll never get to hear from him again. All I can do is just, you know, read old messages and look at all the pictures and things like that.”

10702. BAY VIEW — Milwaukee Police are still looking for the driver of a car that hit and killed a 36-year-old woman walking her dogs on Christmas Eve.