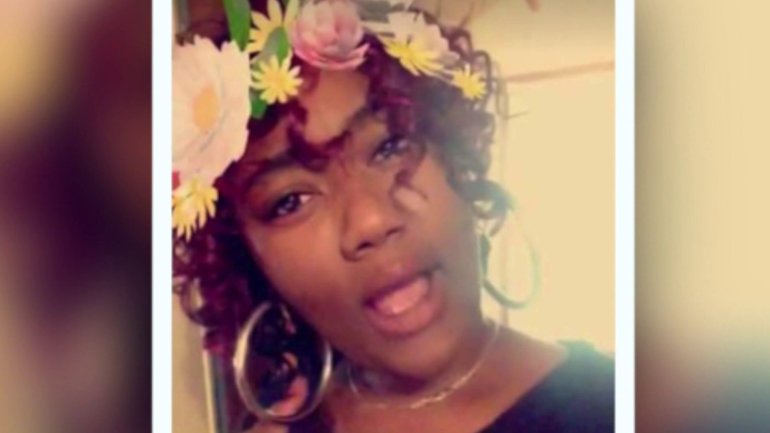 10456. VANCOUVER, Wash. (AP) — A man accused of driving his Jeep through a fence at a Washington state swimming hole and running over two German tourists, killing them, has been arrested, police said Wednesday.

10457. The impact of the crash was powerful enough to knock the 69-year-old woman, identified as Alberine Bowen, out of her shoes when she was hit while walking along Roosevelt Boulevard in Philadelphia near Cottman Avenue at about 10:40 p.m.

10458. SAN FRANCISCO (CBS SF) — A 27-year-old Oakland man, on the run since he allegedly fatally struck a 6-year-old and the child’s mother, has been arrested by U.S. Marshals in Virginia, authorities announced Wednesday.

10459.  A 14-year-old boy remains in a coma after being struck by a hit-and-run driver while biking in Huntington Park last weekend.

10460. Police are looking for a hit-and-run driver who slammed into a parked van in the Villa Park neighborhood last night and kept driving. Moments later, the driver struck and killed a dog that had run into the street and still didn’t stop.

10461. VALLEY VILLAGE, LOS ANGELES (KABC) — The vehicle in a Valley Village hit-and-run crash that killed a beloved Holocaust survivor has been found.

10462. The person was left lying in the roadway with a faint pulse and shallow breathing, according to police. After “all signs of life ceased,” CPR was administered and the pedestrian was transported to a hospital in “extremely” critical condition, a news release stated.

10463. “But if you really know Shanice, you know that she would have never wanted you to stop living your life because of this. She would’ve wanted you to live it better,” one woman said. “For you Shaince, I’m going to live my life better.”

10464. “The victim, a 60 year-old Northford resident, advised police that a gold vehicle ‘slammed’ into him, pinning him between his vehicle and the offender’s vehicle. The operator of the offending vehicle engaged him in a brief conversation before fleeing,” said Smith. “Investigation further revealed that the operator of the offending vehicle entered Go On Gas and spoke with the store clerk. He offered the clerk $200.00 to delete the store’s video footage.”

10465. “For him to do that, for him to just know that he was going to save all those people just by pushing them out of the way – he was selfless, cared about everybody else no matter what,” he said.

10466. A bicyclist killed in a hit-and-run crash in Willow Glen was identified by the Santa Clara County Medical Examiner-Coroner’s Office Saturday as Robert Lavin, 62, of San Jose.

10467. NEWTON COUNTY, Ga. – Deputies are searching for a driver witnesses say intentionally ran over and killed a young man with special needs on the Fourth of July. 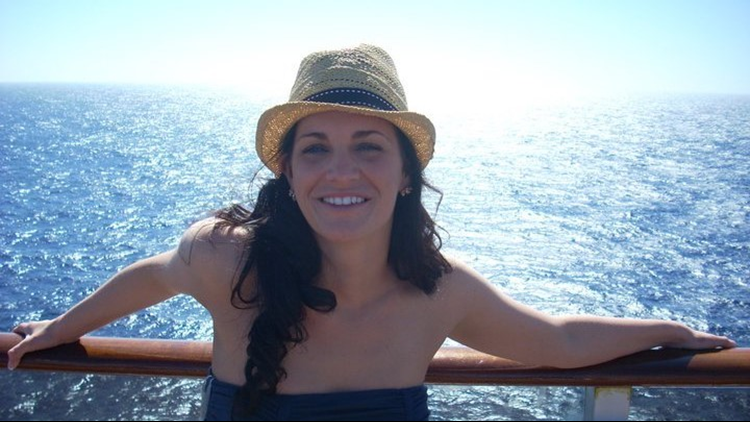 10468. TRAVERSE CITY — Friday marks the sixth anniversary of the death of Kelly Ann Boyce, who died after being struck by a vehicle while riding her bicycle. It’s a case that remains unsolved, has no suspects, no leads and very little evidence.

10469. The San Francisco police officer was on bicycle patrol when a fleeing motorist struck him in October 2017, causing a head injury so severe that responding paramedics believed he was dead. And after surgeons at San Francisco General Hospital removed a portion of his skull the size of a human hand, they braced his pregnant wife: The father-to-be might end up as little more than a pulse in human form.

But in the year and a half since the incident, Lewin-Tankel, now 34, has fought hard at a rehab center in Arizona and is up and out of bed. He no longer needs a network of tubes and wires to keep him alive. He started recognizing his wife, an English teacher at Mission High School. He can hold his 1-year-old son.

10470. “That will be somebody who has no heart. His time will come,” Josue Trinidad, Thomas’ nephew, told Channel 2. “There’s no getting away.”

10471. A 66-year-old man has been charged in connection to the hit-and-run crash that killed a teenager in Gloucester Township, New Jersey.

10472. OKLAHOMA CITY – The family of a man hit and killed by a car back in March 2019, is now pushing for change. Meanwhile, police continue to search for the driver responsible for their loved one’s death.

10473. Police say a 2008 Mitsubishi Lancer vehicle jumped the curb and plowed into two 13-year-olds, an 8-year old and a 10-year-old before its driver took off.

10475. Jonathan said his mother, who made it through chemotherapy for her breast cancer, should not have had her life taken that way. “It’s not fair,” he said.

10477. Santa Rosa police have arrested a man suspected of hitting a toddler and then driving off.

10478. Drivers leave the scene of hit-and-run crashes 25-40 times per day, according to the Florida Highway Patrol.

10479. A driver was charged with reckless homicide Saturday after police said he hit and killed an 8-year-old Kentucky boy who was getting the mail from a mailbox on the side of a road.

10480. The story of the mysterious Norwich hit-and-run in July 1977 that resulted in the death of 28-year-old Eric Laharcouldn’t have been told without the help of his younger brother. Phil Lahar contacted the Valley News in May to see if the paper was interested in writing about the circumstances around the death of his only sibling and the lengthy police investigation that followed. It had been decades since the paper wrote about the hit-and-run that remains unsolved today — 42 years later.

10481. “I woke up to my beautiful little girl saying Hi Mommy in that excited voice I love to hear so much. We woke up and made eggs for Breakfast ‘her favorite of course’,” Howerton wrote. “Mommy put your hair in pigtails ‘My Favorite’ and we played and watched Sesame Street before I had to go to Work. I kissed you goodbye and told you I loved you. Never did I imagine receiving the phone call like I did today.”

10483. “We have no idea of what actually happened. We know he was left there in the middle of the street alone with his motorcycle and the person that turned in front of him and hit him left,” said Lt. Miller. 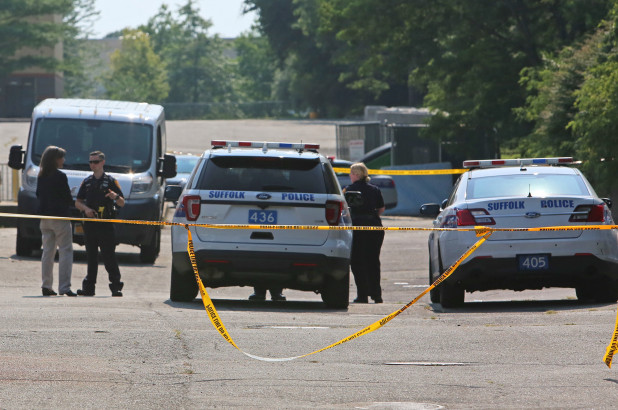 10484. A 20-year-old woman has been arrested and charged in connection with the fatal hit-and-run of the beloved owner of a chain of grocery stores in San Francisco, police said Monday. Eleasia Fraise, of San Francisco, was arrested by the U.S. Marshals Service in Stockton last Tuesday on a warrant for charges including gross vehicular manslaughter and hit-and-run driving causing injury. On Sept. 22, 2017, a driver killed 56-year-old Konstantinos “Gus” Vardakastanis while speeding near Toland Street and Jerrold Avenue in the Bayview.

10486. Authorities are searching for the a 19-year-old victim of a hit-and-run crash during a street race. Philadelphia police say they have been implementing more security with police patrols around the area to avoid more crashes.

10487. Authorities initially believed the driver who hit Bunag was in a dark-colored truck, based on witness statements. But the day after the crash, police received a tip from a woman who reported overhearing a conversation involving Derksen. The woman told police Derksen had shown up at her home about two hours after the crash, crying and “sounding hysterical.”

As the woman listened, Derksen allegedly told the woman’s roommate she had been in a crash on San Pablo Avenue in Crockett, and wasn’t sure what she had hit because the sun was in her eyes. A few hours later, Derksen herself called police, telling officers she believed her car had been in an accident but she did not remember getting into one.

10488. “All of a sudden I hear screeches and then bangs, and I thought I heard like a boom, like maybe somebody fell to the ground,” said neighbor Jessica Velez.

10489. “We saw him just laying there. I got to the window and was immediately like ‘it doesn’t look good,’” witness Vickie Curtis says.

10491. A Long Island AutoZone delivery driver was arrested Monday for a hit-and-run that left a 38-year-old woman dead, police said.

10492. A person stole the phone and keys of a man who had been struck and killed in a hit-and-run crash on Roosevelt Boulevard, according to the victim’s wife.

“I’m trying my hardest to get through all this and to be strong but I wish this did not happen,” Aja Williams said.

10493. AUSTIN, Minn. — A Dodge Center woman wanted for allegedly running over a man while he was skateboarding was arrested Tuesday night, July 23, according to jail records.

← Here Are My 8 Favorite Stories That I Wrote In July
LISTEN: My Appearance On KYW’s ‘Flashpoint’ Podcast About Hit-And-Runs →