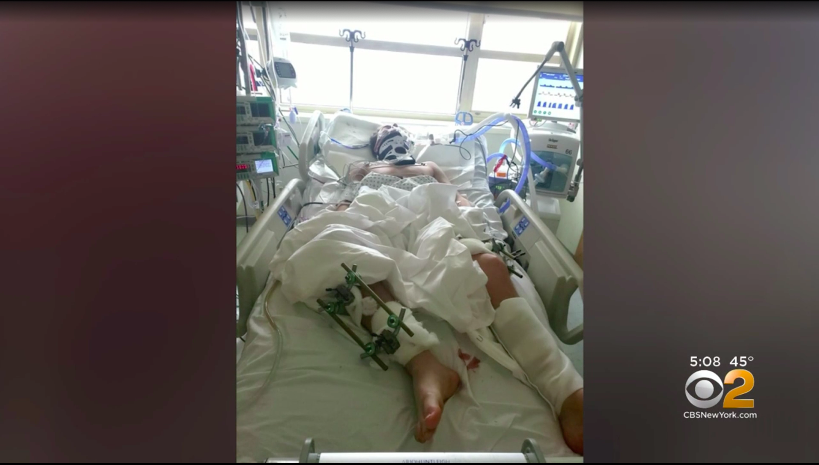 10333. GREENSBORO, NC. “I was able to get my legs loose enough to get back there where my baby was. I used one hand to support her head and used the other hand to loosen straps on the car seat and I placed her on my chest and that is when I heard someone say, ‘Hello, is everyone OK in there,’” said Goodner. That voice was a Greensboro firefighter from nearby Station 7. Tiwan handed her baby to him through a window but never got a chance to meet him.

10335. A woman was run over and killed in The Bronx Thursday by a school bus — which then drove away from the scene of the tragedy, police and video shows.

10336. Noel D’Amico fought back tears Thursday outside Jacobi Hospital, where his 27-year-old son, Jared, is fighting for his life. “He decided to walk up and see his girlfriend at about 7 o’clock or so at night and he never came home that night,” Noel said.

10337. Santa Rosa police are searching for the driver of a sedan that struck a 7-year-old girl on Saturday.

10338. The unidentified pedestrian was struck by two cars as he crossed against a red light on Street Road at Brookwood Drive early Wednesday, police said. Only one driver stopped after striking the man.