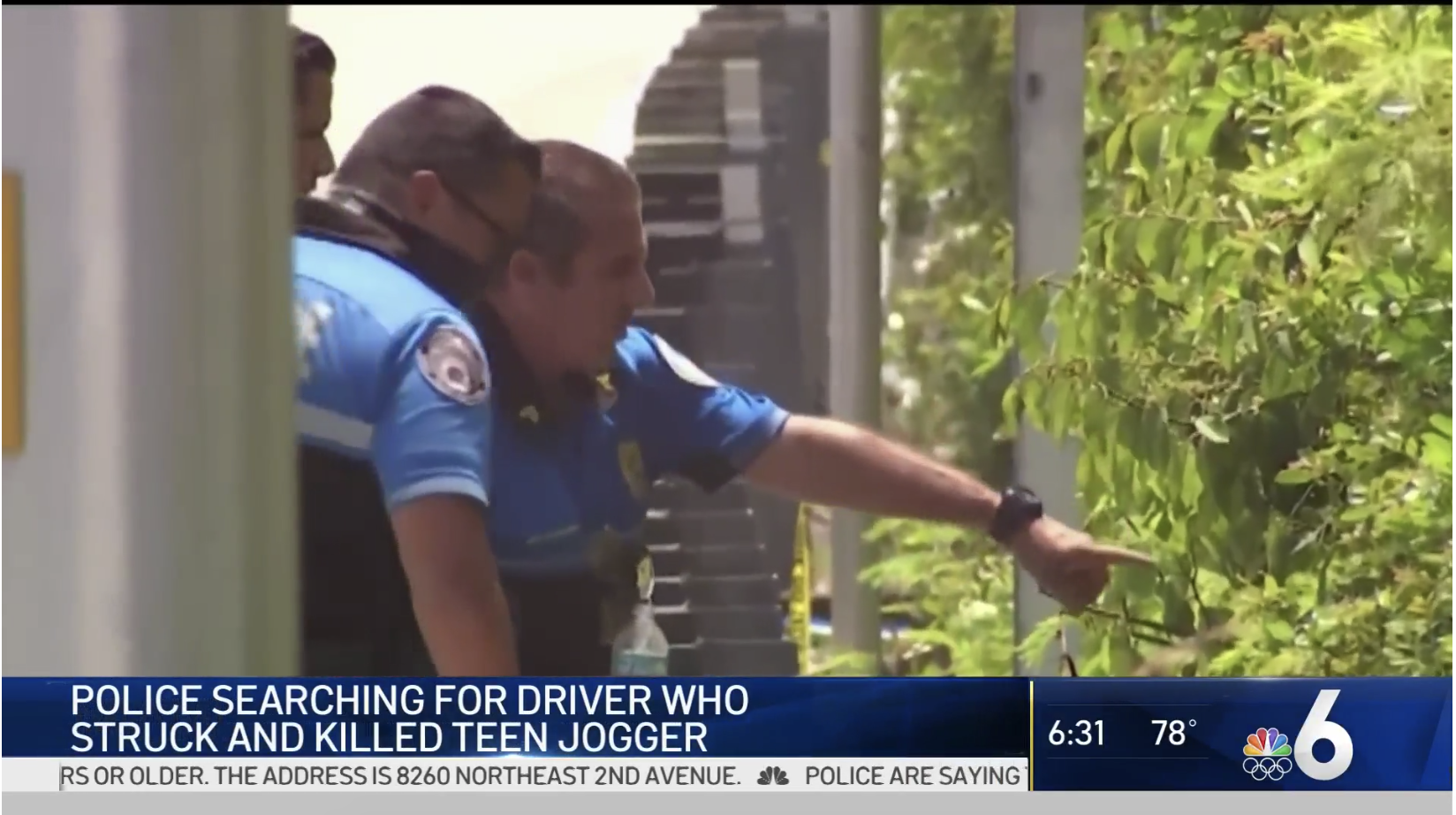 11391. “The person that did this please, please come forward. I just need closure and understanding about what happened.”

11392. Chicago police are asking for help finding the driver in a hit-and-run that left a 13-year-old boy seriously injured.

11393. PORTERVILLE, Calif. (KFSN) — A South Valley teen was remembered on Saturday, a year after he was hit and killed by a drunk driver while riding his bike.

11394. Nashville police are searching for a white Chevrolet Impala after a hit and run crash left a man in a wheelchair dead on Friday. A 72-year-old man was heading southwest on Westchester Drive in his wheelchair on the right side of the road when he was struck from behind at the Devonshire Drive intersection around 5:15 p.m., the Metro Nashville Police Department said.

11395. “Any my kids, my son, my daughter and my grandkids, she won’t ever see them grow up and be grown,” said Obie Odneal, Annette’s husband. “It’s horrible. It’s just horrible. They tore the family apart.”

11396. A 3-year-old girl was rushed to a hospital with a head injury Sunday afternoon after a driver hit her in a convenience store parking lot and left the scene, according to police.

11398. “Everybody around this neighborhood is getting scared for their kids to cross, for them to cross, everything,” Polaco said.

11399. “Instead of having a Mother’s Day celebration, I was planning my son’s funeral yesterday,” said Michelle Jones, Eric’s mother. “This is something that no one should have to go through and for them not to come forward. That’s just wrong.”

11400. “She just never came home. I had to phone the coroner’s office to figure out where she was and why she never showed up it was her granddaughter’s birthday party that night,” Walker said.

11401. “I was really afraid for him because he seemed like he was unconscious. He wasn’t moving,” said Robert Belanus, who provided that footage to WCVB. “There were people trying to help him out. I’m glad to see he came through.”

11402. One man is dead after he was hit by a vehicle while riding his bicycle Thursday morning, according to West Palm Beach police.

11403. Tulsa police are currently looking for a black Dodge Charger, they say hit and killed a 14-year-old boy in east Tulsa Thursday night.

11405. “My husband was really shaken up, actually. He was downstairs. He went outside and saw that there was a body lying there,” she said.

11406. An Austin man who was indicted last year on an aggravated assault charge after an alleged hit-and-run in Killeen was re-indicted on a murder charge after one of the victims, a former soldier, died just over six months after the alleged incident.

11407. When officers got to the intersection, they found a woman with “major life-threatening injuries,” according to the release. Sacramento Fire Department officials declared her dead when they got to the scene.

11408. A 43-year-old man was hit by several cars and killed Sunday morning in Great Falls — and the driver who originally struck the victim left the scene, police said.

11409. “Are my lungs okay? Is my back okay? Is my head okay? My mom is going to kill me,” the questions she recalled, going through her mind after the vehicle struck her.

11410. Police are saying the death of a teenage Miami girl who disappeared while on a morning jog was caused by a hit-and-run driver. The remains of 16-year-old Diani Gomez Sanchez were found Sunday night by a relative off the 79th Street causeway near Pelican Harbor Marina, Miami police said.

11411. “I think if the person that was involved, you know, we understand people make mistakes. People under pressure, they make mistakes, but there’s a way to rectify that mistake and it’s to come forward,” Keefe said.

11412. Police in Brooklyn are searching for the driver of a Rolls Royce who fatally ran down a pedestrian in a hit-and-run early Tuesday morning.

11413. The Sarasota Police Department says it was able to close a deadly hit-and-run investigation from January thanks to red-light camera video and DNA.