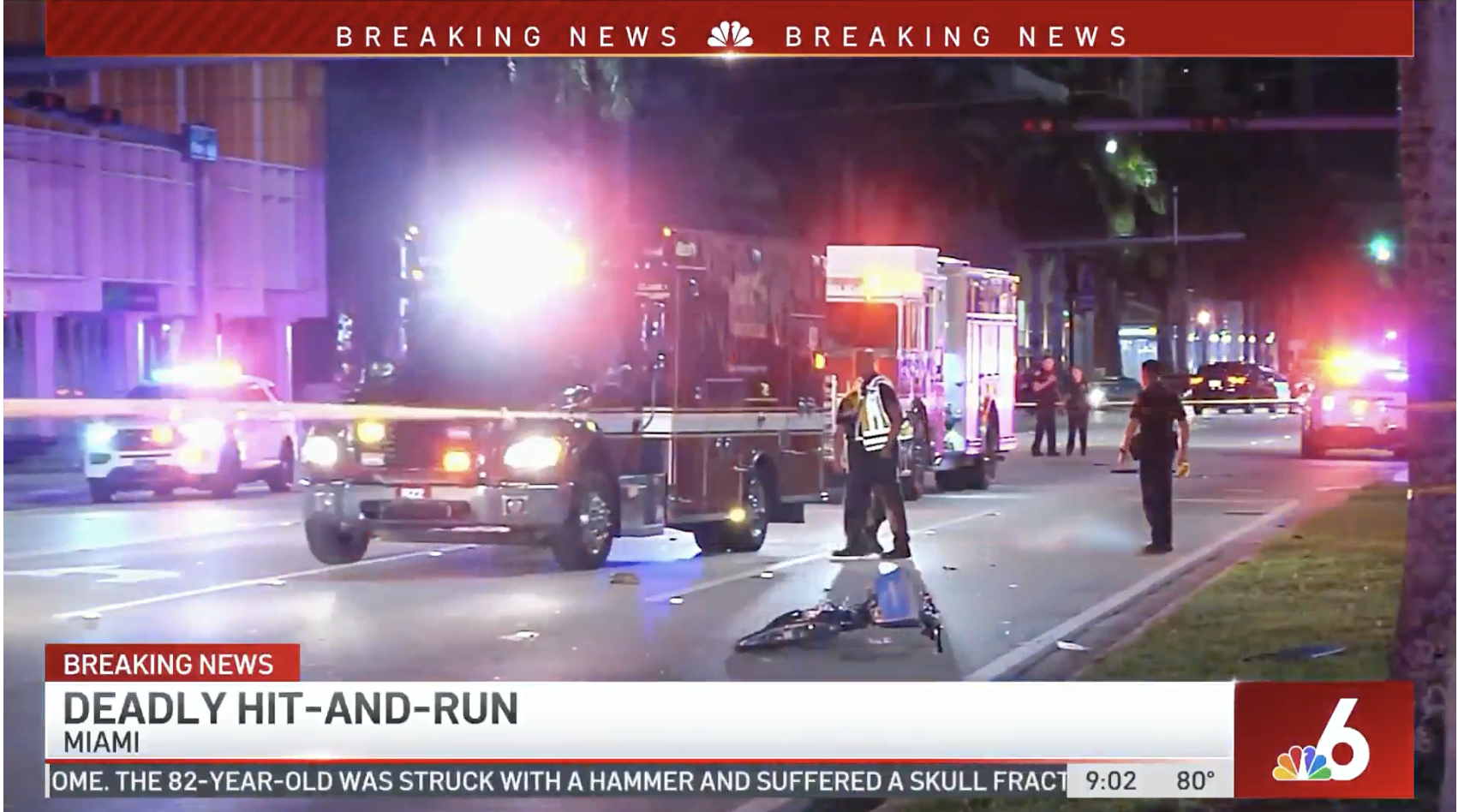 12571. Police are investigating an early morning hit and run crash Sunday near downtown Miami that claimed the life of a woman who was struck by the car involved.

12572. “It’s absolutely unconscionable that a person could run over another human being and drive off like nothing happened,” said Sheriff Michael Bouchard. “We need the public’s help to hold this individual accountable.”

12574. A 76-year-old man who was struck in a hit-and-run in Bend last week has died, police said Monday. Investigators are still looking for the person responsible.

12575. “Someone had to see something” Hiten Fountain said. “It’s a busy area. There are kids outside playing all day constantly. He’s known around this area because he frequents the location.”

12576. “Before she reached that middle of the street, someone took her life and just left her there hopeless. Everybody out here was seeing my sister on the ground like that,” she said.

12577. A fire lieutenant was recognized for helping lead police to the driver who hit a former police and fire commissioner and fled the scene, leaving the victim seriously injured in Lake Forest.

12578. Green Bay Police hope to get more leads on a crash that injured a 55-year-old man after releasing photos of a car suspected in the hit-and-run.

12579. A waitress at Chubby’s Steaks in Roxborough says she saw the woman and her daughter laying on the street and sidewalk. “I could just see she was crying, and the daughter was hurt, herself,” she said. “Her leg was shattered. I was just so upset.”

12580. CARBONDALE (KSNT) – A local police department is asking for the public’s help after a possible hit-and-run near a trunk-or-treat event.

12581. PLYMOUTH TOWNSHIP, Mich. – Police are searching for a hit-and-run driver who struck and killed a pedestrian this weekend in Plymouth Township.

12582. SPOTSYLVANIA COUNTY, V.a. (FOX 5 DC) – Virginia State Police are searching to identify the driver of a red pickup truck that struck two pedestrians on Tuesday in Spotsylvania County, killing one of the victims.

12583. According to a press release from the Panama City Police Department, “investigators learned through witnesses of a possible driver of the vehicle that struck and killed” Mark Butler, a 47-year-old Lynn Haven resident, on Oct. 25.

12584. A 7-year-old boy and a 21-year-old woman were injured after being struck by a hit-and-run driver on Halloween in North Plainfield, authorities said.

← Here’s Some Pre- and Post-Match Footage from the Philadelphia Union’s Eastern Conference Finals Win Over an Inferior NYCFC Side
Hit-and-Run America, Vol. DCCCXCV →