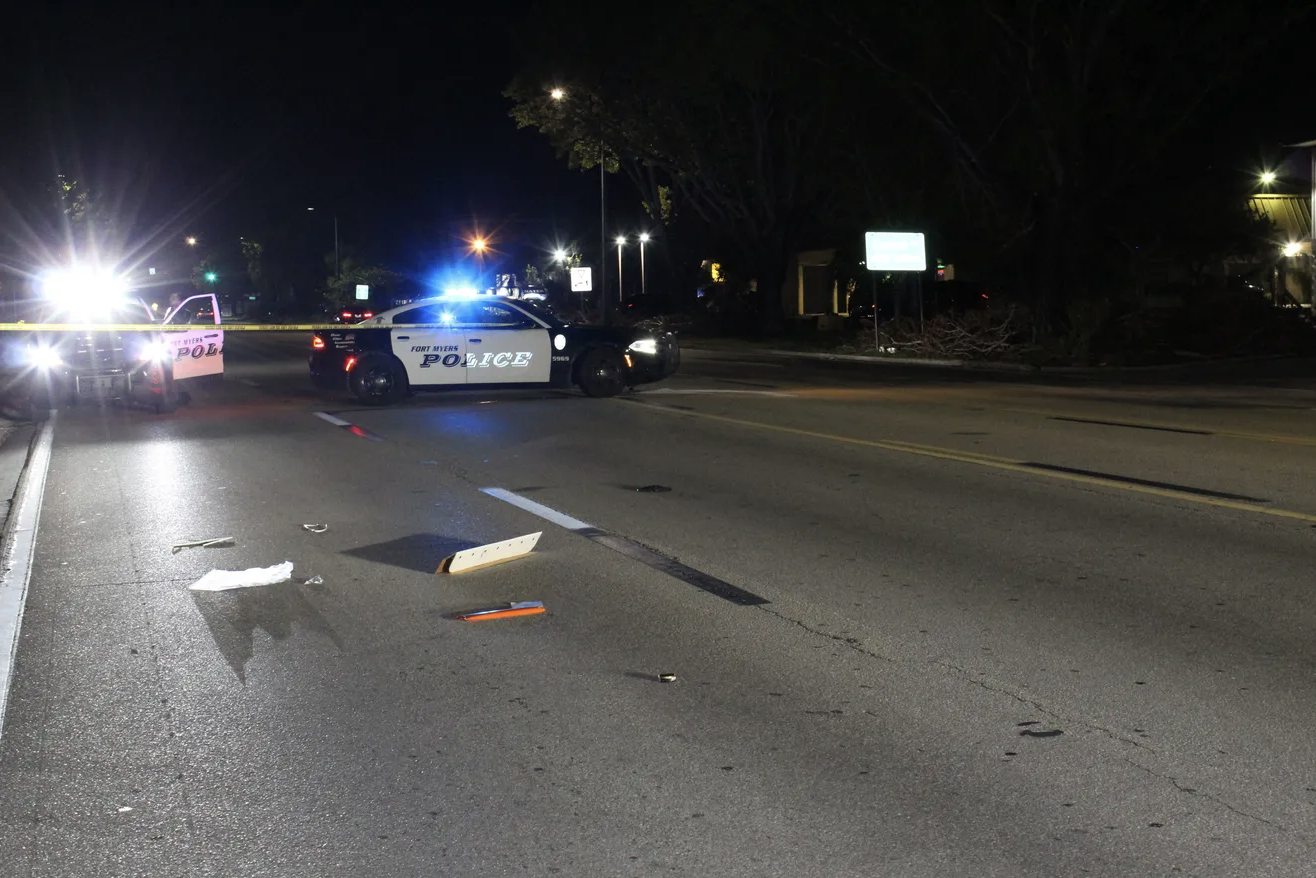 12558. WESTMINSTER, Colo. — Police in Westminster announced on Tuesday that officers have recovered a vehicle believed to be involved in a hit-and-run crash that killed a pedestrian overnight Friday.

12560. The suspect in a fatal hit-and-run in Toms River was charged on Tuesday but remains a fugitive, according to the Ocean County Prosecutor’s Office. Milciades Oviedo, 74, of Elizabeth has been charged with knowingly leaving the scene of a motor vehicle accident that resulted in death, a news release from the office said.

12561. Before police could even talk to the driver, the black Mercedes went flying in reverse, crashing into a table before smashing into a food truck and hitting a 30-year-old woman on the sidewalk. The video, which has been circulating in the neighborhood and on social media, showed the car then take off, leaving the injured woman on the ground.

12562. Fort Myers police continue to search for clues after a motorist critically injured a pedestrian and later fled the crash scene.

12563. ASHEVILLE, N.C. (WLOS) — Asheville police released a photo of a vehicle they say may have been involved in a hit-and-run that sent a pedestrian to the hospital earlier this month.

12564. PANAMA CITY, Fla. (WMBB) — Panama City police are searching for the occupants of a GMC truck after the driver allegedly struck and killed a Lynn Haven man, fled the scene, and abandoned the vehicle Tuesday night.

12565. CHICAGO (WLS) — A 63-year-old man was critically injured Monday night when a hit-and-run driver crashed into the vehicle he was standing near in Chicago’s Back of the Yards neighborhood, Chicago police said.

12566. JACKSONVILLE, Fla. – The Jacksonville Sheriff’s Office is investigating a traffic fatality Tuesday after a woman was found in the middle of the road in the Mixon Town neighborhood.

12567. LYNN HAVEN — Local law enforcement officials are looking for the driver who killed a Lynn Haven man Tuesday evening in a hit and run.

12568. SAN JOSE, Calif. (KRON) — Police are looking for a suspect after a hit-and-run late Tuesday afternoon, the San Jose Police Department announced in a press release. The suspect driver hit an elderly woman and a three-year-old toddler in a stroller while they were walking in a marked crosswalk near Sierra Road and Mauna Kea Lane around 5:40 p.m.

12570. A Massachusetts man is seriously injured after he was struck by a vehicle that left the scene of the crash, which happened near a Methuen funeral home, according to police.

← Hit-and-Run America, Vol. DCCCXCII
Here’s Some Pre- and Post-Match Footage from the Philadelphia Union’s Eastern Conference Finals Win Over an Inferior NYCFC Side →