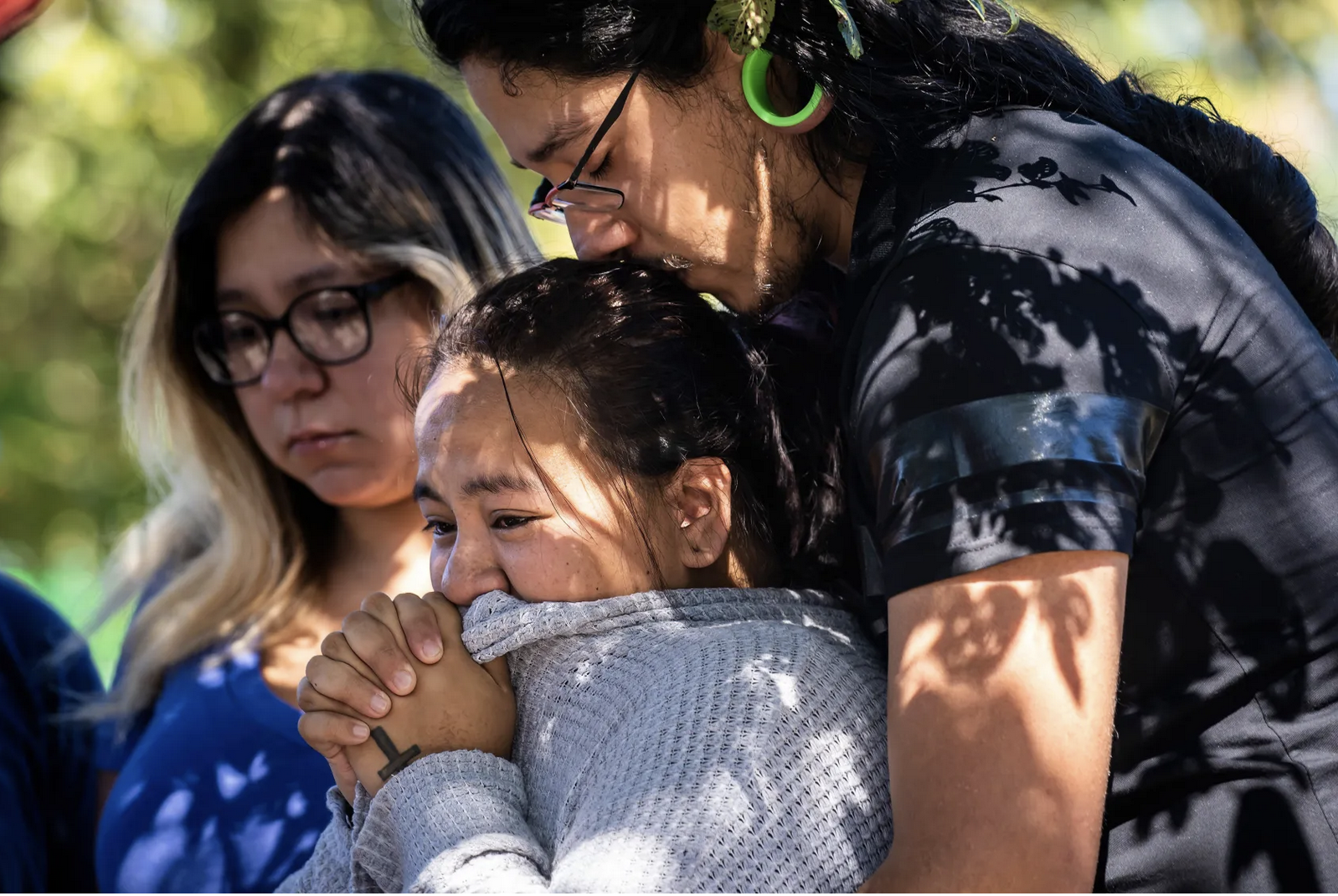 12514. The names of the two kids who were involved in a Steuben County hit-and-run have been released. Police say Ryly Cumings of Angola was the 12-year-old victim. He has been released from the hospital after being treated for a head laceration. The 13-year-old victim, who died from his injuries Monday, was Wayden Bennett, also of Angola.

12515. Jocelyn Rios collapsed into tears as she approached the candles and stuffed animals and bouquets of flowers that lay near where her 18-month-old son Hermes was killed by a hit-and-run driver in Albany Park. As she was held by relatives and friends, the boy’s father, Gerardo Cardona, knelt by the memorial at Pulaski Road and Wilson Avenue and bowed his head Tuesday afternoon. “There was never a sad day for him,” Cardona said. “Even if it was raining, he would still be out there getting wet, playing. He enjoyed being alive.”

12516. BELLMAWR, N.J. – A New Jersey man is facing charges after police say he hit a child with his truck and later turned himself in after seeing his vehicle on the news. Paul Criscione, 66, is accused of striking a 9-year-old girl as she crossed the street near Ethel M. Burke Elementary School just before the start of school Monday morning.

12518. Authorities in Philadelphia are searching for a hit-and-run driver who they say fatally struck and elderly woman as she crossed the street last month. Police say the 81-year-old woman was hit near the intersection of Musgrave Street and Cheltenham Avenue the night of Sept. 27.

12519. According to police, around 7:15 pm on October 6, officers responded to the area of Old Hickory Boulevard and the Hwy 45 Bypass in reference to a person struck by a vehicle. Police say the victim later died as a result of their injuries.

12520. Fairfax County police on Thursday identified the victim of a recent hit-and-run crash as 74-year-old Dalchoon Park of Annandale.

12521. A 13-year-old girl was declared dead at the scene. A second child, an 11-year-old boy, was flown to Atlanta to be treated for serious injuries. We know both children attended Rothschild Middle School.

12522. LOS ANGELES (KABC) — A man has died after he was struck by a driver at Griffith Park Saturday afternoon, authorities said.

12523. A woman was killed after being hit by a vehicle that left the scene in DeKalb County on Saturday evening, according to police.

12524. “If you knew Jude, you loved him. I just want justice for my best friend. You always hear about finding your special person, but no one tells you how hard it is to lose the love of your life at 25 when you had a lifetime planned out.”

12525. According to police, the victim, Henry Arizola, was riding a bicycle when he was hit from behind by an unknown vehicle. Police said the vehicle had partially left the roadway when Arizola was struck.