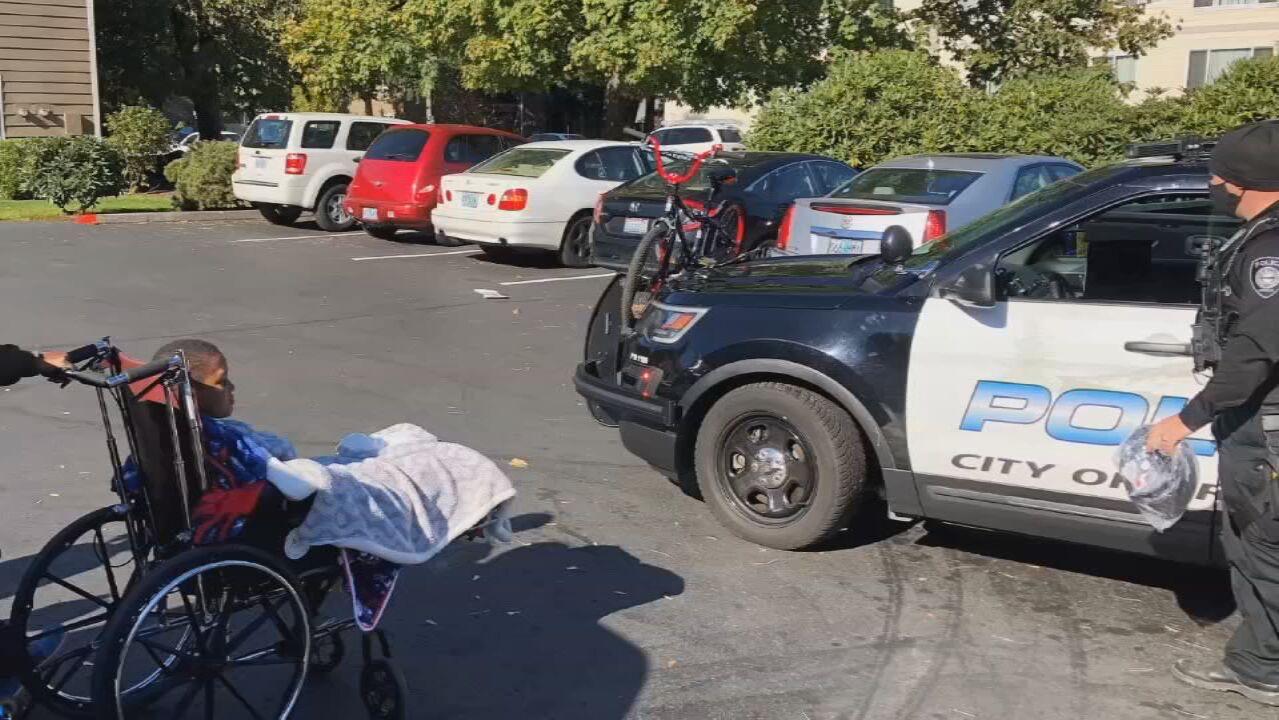 11095. Family members said it’s possible Patton, who was Black, was targeted because of his race and because he was wearing a “Black Lives Matter” mask. Patton’s family and friends are frustrated with the pace of the Denver Police Department’s investigation into the incident, Denver attorney Qusair Mohamedbhai said.

11096. CLARK, NJ – An 82-year-old pedestrian died at the scene of a hit-and-run on Tuesday morning, according to Mayor Sal Bonaccorso.

11097. “This was an excellent investigation that combined high-tech investigative techniques with good old-fashioned police work to lead us to this defendant. I also want to thank the public for helping with tips following the release of the still images of the car we were looking for,” Montgomery County District Attorney Kevin R. Steele said. “Our thoughts and prayers remain with the victim’s family and can only hope that knowing who hit Shanna and then left the scene of her death helps them during this difficult time.”

11098. “This family and the community members can now heal, we now have the answers to the questions we all had,” said Sheriff Brent Waak from Polk County.

11099. Police are looking for the driver who hit a mother who was walking with her children in El Mirage Thursday night and then left the scene.

11100. “The range of emotions that I felt is kind of sickening to my stomach where someone would hit an old woman,” Amirian said.

11101. The 81-year-old woman was identified as Namie Stewart of Fairfield. Police said the crash is being investigated as a felony hit-and-run and the driver has not been contacted.

11102. In the probable cause statement, a Columbia police officer investigated the Jetta and observed “hair embedded in the windshield, which had damage consistent to a head strike. All this damage is consistent with a pedestrian crash.” Pittard allegedly told his wife the crash was from him hitting pylons, according to court documents.

11103. Everyone heard the pickup truck’s screeching tires as it swerved moments before driving into Dorothy Sterling. The driver backed up and stalled for a few moments and then sped away. Meanwhile, Sterling was left bleeding in the bus shelter where she had been sitting.

11104. “Whoever you are that hit Duke in that area, turn yourself in because you’re going to be caught eventually if not by the police, karma,” Takisha said. “God has seen you hit my son and you kept going as if you hit a piece of paper with no regard to human life.”

11105. Police in Maryland continue to investigate a number of deadly hit-and-run crashes in the Baltimore area in recent weeks.

11106. “I really hope that the boy makes a full recovery and that the family gets some peace by finding who did this,” Davis said. “And getting them [the driver] to pay some restitution. I hope that we can make our streets a little bit safer so this incident doesn’t happen again in the future.”

11107. A Gresham police officer’s son donated his bike to help a young boy who was recently hit by a car while riding his own bike earlier this month.

11108. Detectives with the Los Angeles Police Department were back in Sylmar at the scene of a weekend hit-and-run that sent a 6-year-old boy to the hospital.

11110. INDIANAPOLIS– Police released surveillance video Friday in connection with a hit-and-run crash that killed a 1-year-old boy and injured his 9-year-old sister.

11111. Melissa Bassett, 39, died this week nearly two weeks after she was injured in a hit-and-run crash in the city’s Baden neighborhood, police said Thursday. Bassett was the mother of Akeelah “Ke Ke” Jackson, 12, who died in November 2019 about a month after a St. Louis County police SUV struck her as the officer was trying to catch up to a suspicious car, police said.

11112. ”She was a dream girl, she wasn’t no problem girl, she was a good girl and she didn’t have to go like this,” said Beverly Bush, Londyn Quesada’s great grandma.

11113. “This is just an epidemic, and it’s been an epidemic, this hit-and-run issue,” Magas said. “And the most vulnerable people in the road, which are the pedestrians and cyclists, are statistically more likely to be the vicims.

11114. Police are searching for a hit-and-run driver that struck and critically injured a toddler as the boy was trick-or-treating in San Bernardino on Halloween night.

11115. An 80-year-old man has died after being hit by a pickup truck that fled the scene, Wichita police said Wednesday.

11116. “How can you sleep at night knowing what you did,” said Courtney. “Do you feel any remorse or guilt over what you did, and why would you not stop to see. Maybe if you would have stopped maybe that could have made a difference.”

11117. GLENDALE, Colo. — A car found engulfed in flames along the shoulder of a Lake County highway with a burned body inside is probably related to a fatal hit and run accident in Glendale on Monday, according to a news release from the Glendale Police Department (GPD). On Monday, Glendale officers responded to South Cherry Street and South Leetsdale Drive a little after 5:30 p.m. and found a 74-year-old female victim had been hit and killed while crossing the street with her dog.

11118. A 49-year-old man killed as he walked along a road southwest of Georgetown last week has been identified as Jamal L. Woodlin of Lincoln, Delaware State Police said.

11120. “He loved teaching,” Samantha Kaminsky said. “He was a math genius. And he loved the children, that was his whole life. I read a comment where a girl said that because of him, she graduated from high school. There were just so many people saying wonderful things about him. … He touched and has changed so many lives.”