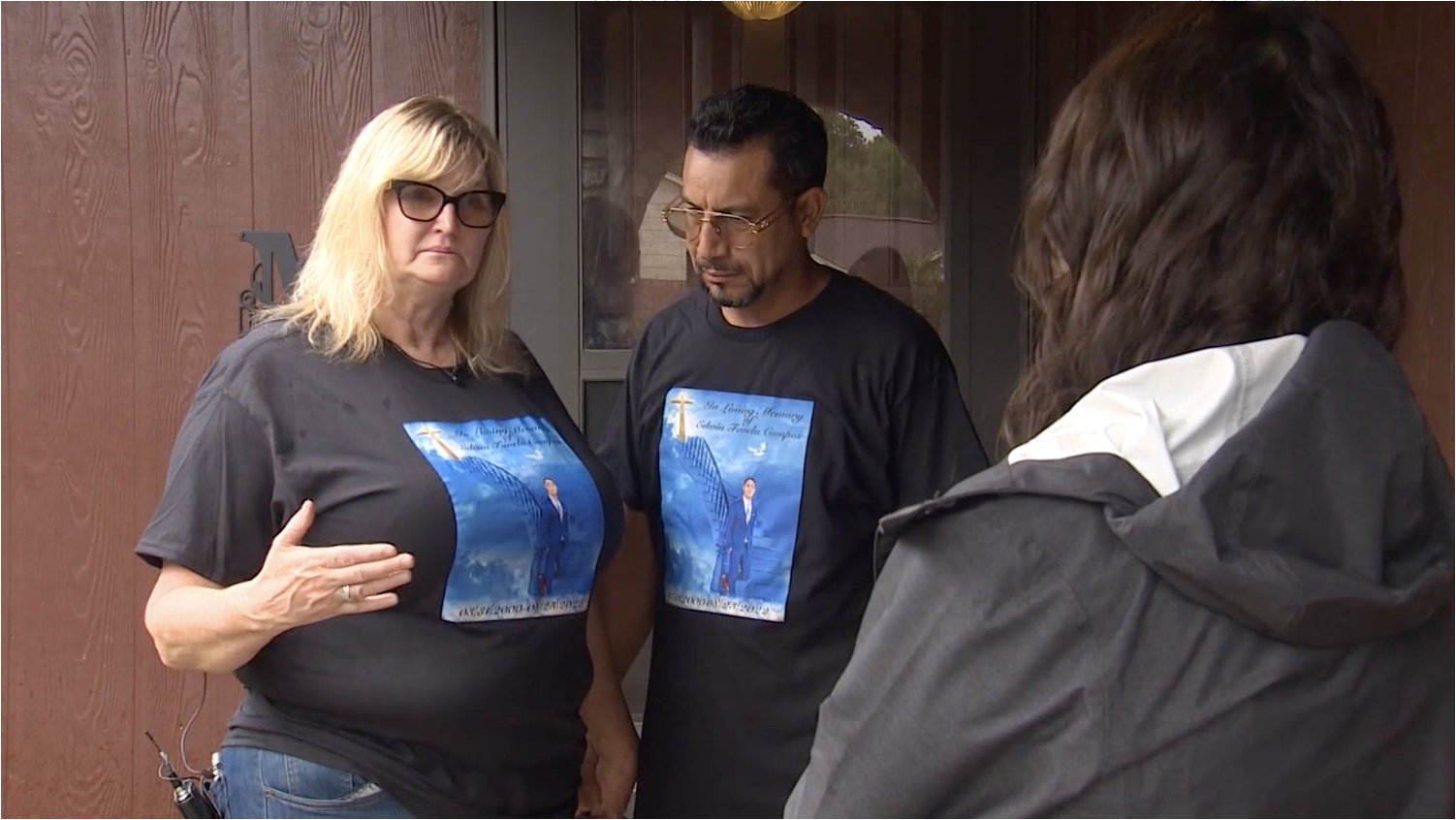 12426. Wichita police released surveillance video on Wednesday they said is connected to the hit and run that fatally injured 34-year-old Cory Addis of Wichita.

12427. Everett police are looking for an SUV and the driver involved in a fatal hit-and-run collision earlier this month. At around 6:30 p.m. on Aug. 15, a silver SUV was involved in the collision that hospitalized a pedestrian, who later died.

12428. “Why did you leave him like he was a dead animal dead on the street?” Martinez said. Favela was taken to an area hospital where he remained in the intensive-care unit for seven days. He died last Thursday. “His dad and I were by his side,” Martinez said.

12430. Gwinnett County police are investigating a hit-and-run that killed a pedestrian directly in front of a high school.

12431. A Charlotte, North Carolina man died Wednesday after a suspect hit him with his car following a fight over a Walmart parking spot.

12432. Four people ran from an SUV after the driver hopped the curb of a Philadelphia street and killed a woman walking on the sidewalk overnight. Philadelphia police said the unidentified woman may have worked in the medical field. “This female had no chance,” Philadelphia Police Chief Inspector Scott Small said. “It’s a real tragedy.” Police officers found the woman, who was wearing medical scrubs, unresponsive on the sidewalk along Greene Street, near West School House Lane, in the Germantown neighborhood just after 11 p.m. Thursday, police said.

12434. Police are seeking information on the driver of a pick-up truck that struck and killed a bicyclist at around 8:15 p.m. on September 1. The bicyclist was hit at the intersection of Route 70 and New Hampshire Avenue in Lakewood, N.J..

12435. A man and two children were hospitalized after police say they were struck by a hit-and-run driver Friday afternoon in West Philadelphia.

12436. The Cincinnati Police Department is asking for the public’s help to find the driver and vehicle involved in a deadly hit-and-run in Hyde Park. Around 2:15 a.m. on Aug. 27, Ryan Malm, 25, was one of three people hit by a dark gray Honda SUV in the 3100 block of Linwood Avenue, according to police. Malm died at the University of Cincinnati Medical Center, a coroner’s report shows. The other two people survived.

12437. A 5-year-old boy died Thursday after being struck by a hit-and-run driver while walking with his parents in Queens, according to police.

12438. A man is in critical condition after being hit by a car while walking in a parking lot Thursday night, Des Moines police say.

12440. Philadelphia police are seeking the driver after they say a woman was fatally struck by a vehicle that fled the scene early Saturday morning. The victim, identified as 26-year-old LesMarie Velazquez, was reportedly crossing at Whitaker Avenue and Luzerne Street when she was hit by a vehicle around 2:55 a.m.

12441. A 45-year-old man was struggling to survive after he was struck by an SUV in Times Square Sunday morning, cops said.

12442. The search is on for a hit-and-run driver who struck and killed a man in Manhattan Sunday morning.