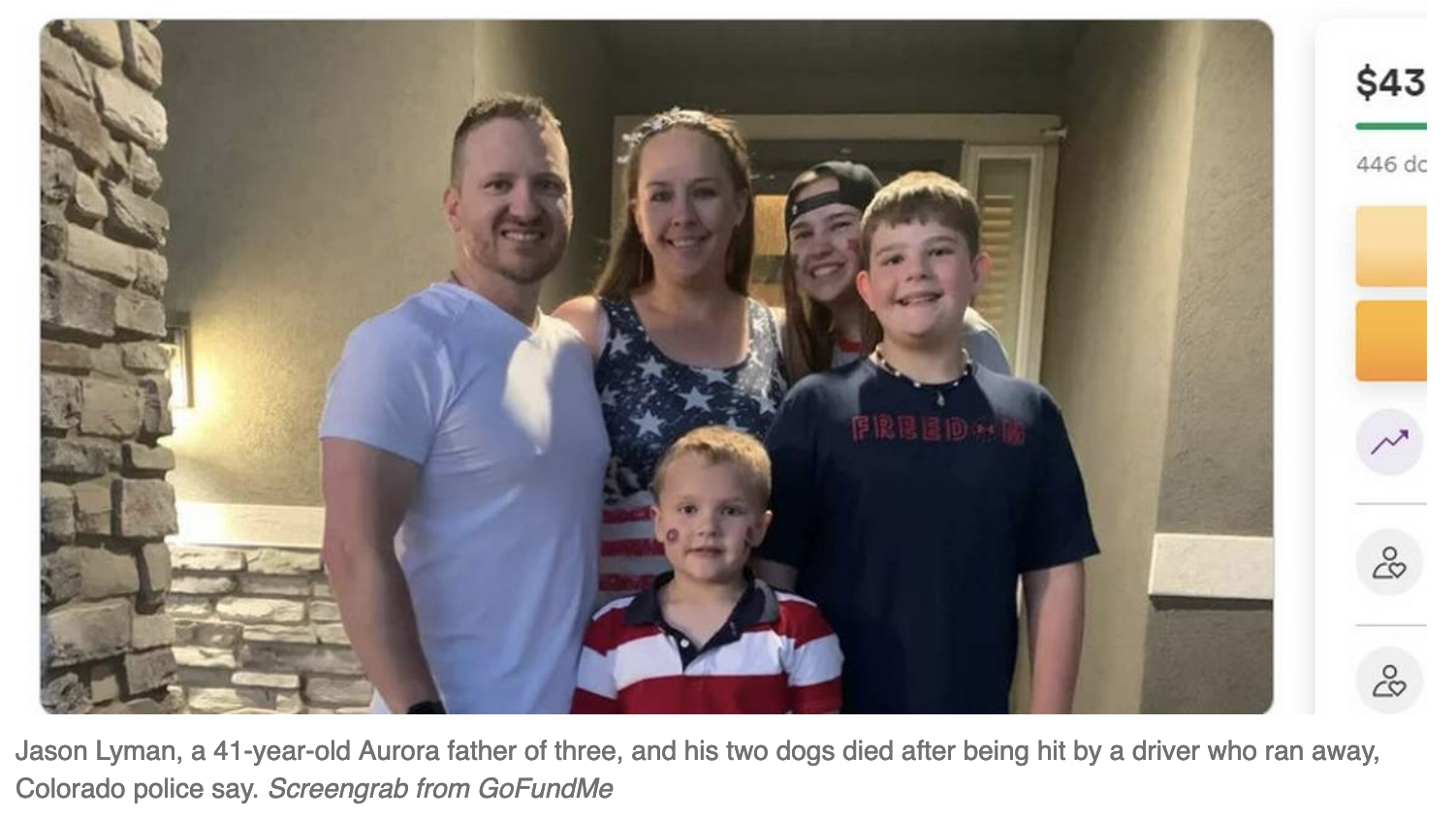 12364. A man has died following a hit-and-run that took place on I-64 between the tunnels and Cannons Lane Saturday afternoon, according to the Louisville Metro Police Department.

12365. “You need to come in and do the right thing,” Owens told the station. “You left his family alone without a breadwinner and, without a doubt, a wife and three beautiful children who will now not be able to ever see their dad again.”

12366. Witnesses told police the driver got out of the car after hitting the man, but then got back in his car and left the scene. The man who was hit later died from his injuries.

12367. “Please explain why I can’t get my son back and the boy who killed my son can go scot-free,” his mother, Mala Samtani, asked outside the Suffolk County court.

12368. A man who was seriously injured in a hit-and-run crash late last month has died from his injuries, according to the Palm Springs Police Department.

12369. Honolulu Police are investigating a vehicular homicide case after a woman’s body was found near the H-2 Freeway early Saturday morning.

12370. A 73-year-old woman walking in the road early Saturday morning was struck and killed in a hit-and-run crash, Tucson police say.

12372. The driver of a white pickup truck seriously injured a bicyclist in La Habra Sunday afternoon, and police are looking for the driver who fled the scene.

12373. According to Sgt. Chuck Trapani, officers were called to the area of Main Street and Lesueur, near the southside of Pioneer Park around 4 p.m. When police showed up, they learned that a four-year-old girl ran into the road and was hit by a silver or gray sedan. Investigators say the car slowed down near the scene of the accident before taking off, heading eastbound on Main Street.

12374. Officers arrived after receiving a call of a pedestrian being struck and found a 64-year-old woman suffering from minor injuries. The woman, who was not identified, was taken to Jackson Memorial Hospital in stable condition.

12375. “I hope you rot in hell,” Julia Pena Herrera said to the suspect. “Turn yourself in, make it easy for everyone and turn yourself in.”

12376. Two and a half months after the hit-and-run that killed a 51-year-old man as he walked across Biscayne Boulevard on his way to work, Miami-Dade police have a suspect.

12377. “He was a really nice guy,” Delores Davis, the sister of Stewart’s best friend, told the News. “We called him, ‘The Big O.’ We grew up in Park Slope. He enjoyed his job and always talked about the different places he was going. He got engaged two or three years ago.”

12378. Three people were struck, including a toddler, by a vehicle that fled from officers during a car stop in Queens, according to police.

12379. An update posted to WVCPD’s social media account later Thursday morning stated the 11-year-old boy was out walking with his mother at the time. The two were on the sidewalk when a vehicle drove off the road and hit the child. “The driver of the vehicle did not stop,” police stated.

12380. DENVER — A man riding a bicycle died after he was hit by a driver who left the scene Wednesday morning in the East Colfax neighborhood, according to police.

12381. A 5-year-old boy who died Wednesday night after being struck by two vehicles in the Edgebrook neighborhood on Chicago’s Far North Side, one of which fled after hitting the boy, has been identified, officials said.