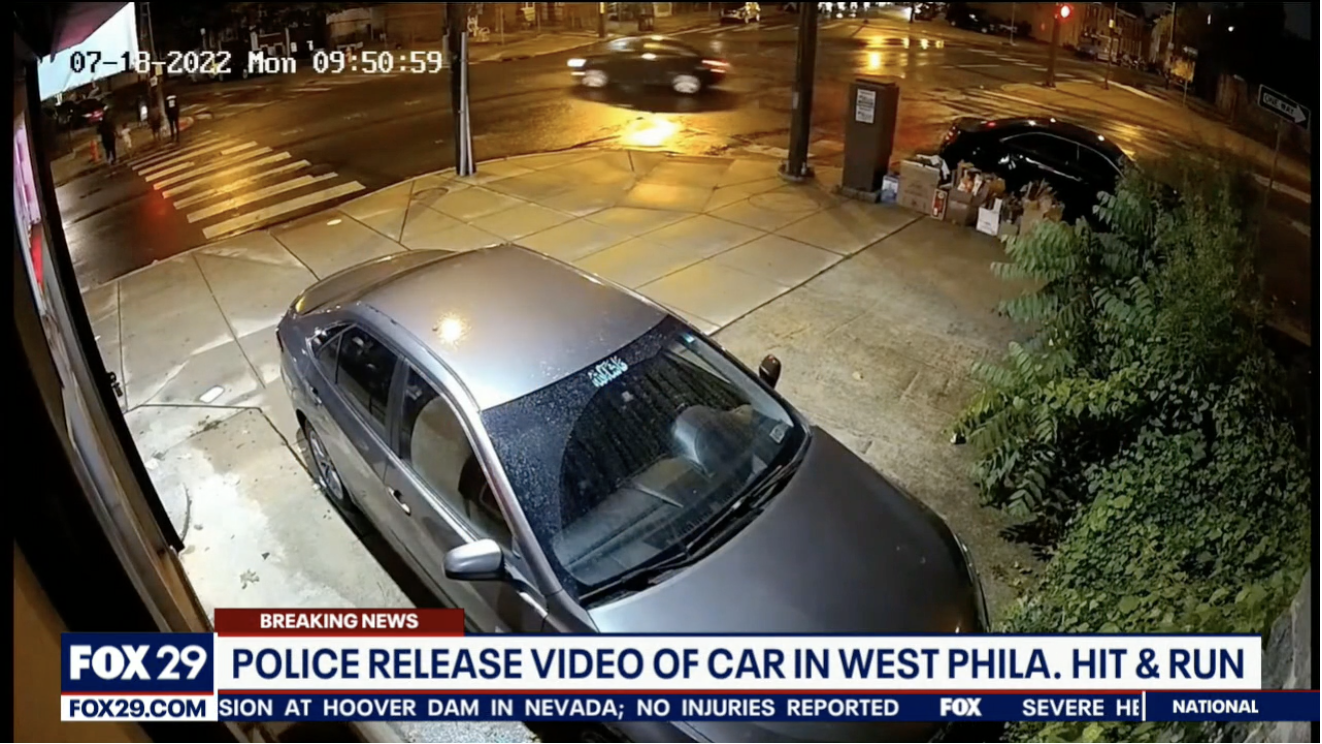 12298. Chicago police have released photos of two people they are seeking to identify in connection to a fatal hit-and-run crash in Bronzeville Monday night.

12299. ARNOLD, Pa. — An Arnold police officer is off the job— suspended without pay — after police said he staged a hit-and-run accident involving his patrol vehicle.

12300. Simpson’s family member said it was common for him to take the lead at a crosswalk, pushing the button and making sure it was safe. “He was protecting his family like he always did,” she told WRAL News.

12301. A man died after he was struck by a hit and run driver on an East Village street early Thursday, cops said.

12302. Maryland State Police have located the vehicle suspected to be involved in the fatal pedestrian hit and run that claimed the life of a 14-year-old boy in Worcester County.

12303. Louisville Metro Police are investigating after a bicyclist was killed in a double hit-and-run in Pleasure Ridge Park early Sunday morning.

12304. Police said 71-year-old Portia Dickens was hit by an SUV at about 9:30 p.m. July 9 as she walked along Esperanza Road. The driver of the SUV did not stop to help, police said, and Dickens later died from her injuries.

12305. A woman is dead after she was struck by two cars in Hollywood early Sunday morning, and the Los Angeles Police Department is looking for one of the drivers involved.

12306. “He was in the hospital and we just kept saying, ‘He has the most brilliant brain imaginable,’ “ said his wife, Allison. “He was not only so incredibly intelligent, he was creative. He played the piano. He played the trumpet. He could paint. He was just a special human being.”

12307. A woman was killed in a hit and run in St. Tammany Parish early Sunday morning, according to Louisiana State Police.

12308. Milford police are investigating after a juvenile was struck by a car that fled the scene on Friday night.

12309. “The killing of Ms. Lewis under the wheels of the defendant’s truck and his callous flight from the scene to avoid responsibility for her death resulted in his conviction,” said state’s attorney Dan Wright, in a statement. “We are grateful to the Springfield Police Department for bringing the defendant to justice and to the jury for its careful consideration of the evidence.”

12311. Authorities say a woman and two children were hit by a car that jumped the curb late Monday night in West Philadelphia.

12312. Two men were struck in the Russell neighborhood on Sunday leaving one of them dead, police said. Officials said that Louisville Metro Police Department First Division officers were dispatched on the report of an injury accident at 19th and Jefferson streets around 1:55 a.m.

12313. Chicago police said a bicyclist was injured in a hit-and-run in Portage Park Monday evening.

12314. A woman died at the scene of a hit-and-run crash in Jacksonville early Sunday, authorities said.

← Hit-and-Run America, Vol. DCCCLXXIII
As the Risk of Lyme Disease Proliferates, A Conversation With ‘Tick Man’ Dan Wolff (As Well As A Jefferson Health Link to Help Avoid Tick Bites) →