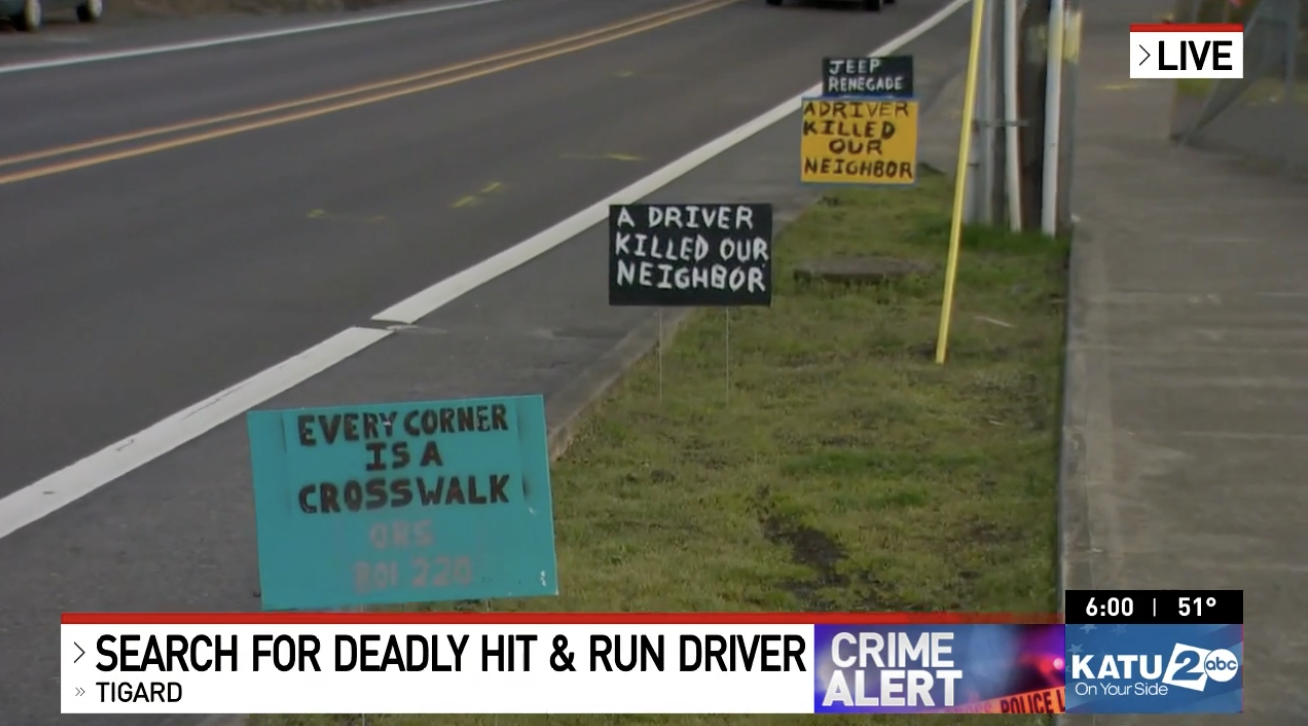 12192. Police say a pedestrian was critically injured in a hit-and-run incident early Sunday morning in Longwood. News 12 was told a 60-year-old man was crossing the street on Westchester Avenue around 3 a.m. when the driver hit him with a black sedan.

12193. A female pedestrian was struck and killed by a hit-and-run driver, the Chula Vista Police Department said Sunday.

12194. Authorities are on the lookout for a driver who fatally struck a bicyclist overnight and fled the scene of the crime, according to preliminary information provided by the San Antonio Police Department.

12195. The 62-year-old man was hit by a vehicle at the corner of Albany Avenue and Garden Street around 11:30 p.m. Saturday. Police said emergency crews performed life saving procedures on the man before he was taken to the hospital, where he later died.

12196. A 60-year-old man was struggling to survive after he was struck by a car in a hit-and-run crash in the Bronx Sunday morning, cops said.

12198. HARTFORD — A 62-year-old man who was critically injured in a weekend hit-and-run has died, police said.

12199. A 9-year-old child sustained injuries Monday after a hit-and-run accident in Biloxi.

12200. “Come and talk to us,” said Ryan Moreno, detective with the LAPD. “We can get your side of the story, what happened. I know they probably didn’t intend for this to happen, they were driving and it was probably just a really bad accident, but it’s the choices that were made after the accident that make this a crime and what it is.”

12201. “Steve was a really, really good person… He was very hard working. He was funny. He always liked to laugh,” Robertson recounted. Robertson hopes her brother’s death will be a wakeup call for others as the decision to drink and drive ended one life and changed many others forever.

12202. “I could not be more thankful for the officers who have done their job and gotten us this far,” said Logsdon’s mother, Patricia Bishop. “Not a lot of people get the chance to do this on a hit-and-run.”

12203. A road crew worker was killed in Washington County early Monday morning after a hit-and-run crash on Interstate 70, police said.

12204. Police are asking for help locating the driver involved in a deadly hit-and-run collision on June 10 in Hope Mills. The driver of a Toyota 4-Runner struck two men, killing one before fleeing the scene at about 12:30 a.m., police said.

12206. INDEPENDENCE, Kan. – Police are looking for others who may have helped an attempted murder suspect elude authorities for nine days. Following a June 2 hit and run, Independence police started the search for 39-year-old Brian Medsker. The prosecutor’s office charged him with attempted murder and aggravated endangering a child.

12207. “I am so grateful for some resolution in this case, and I can’t imagine the pain the Kain family is continuing to endure,” Kathy McAlpine, Tigard chief of police, said in a statement.