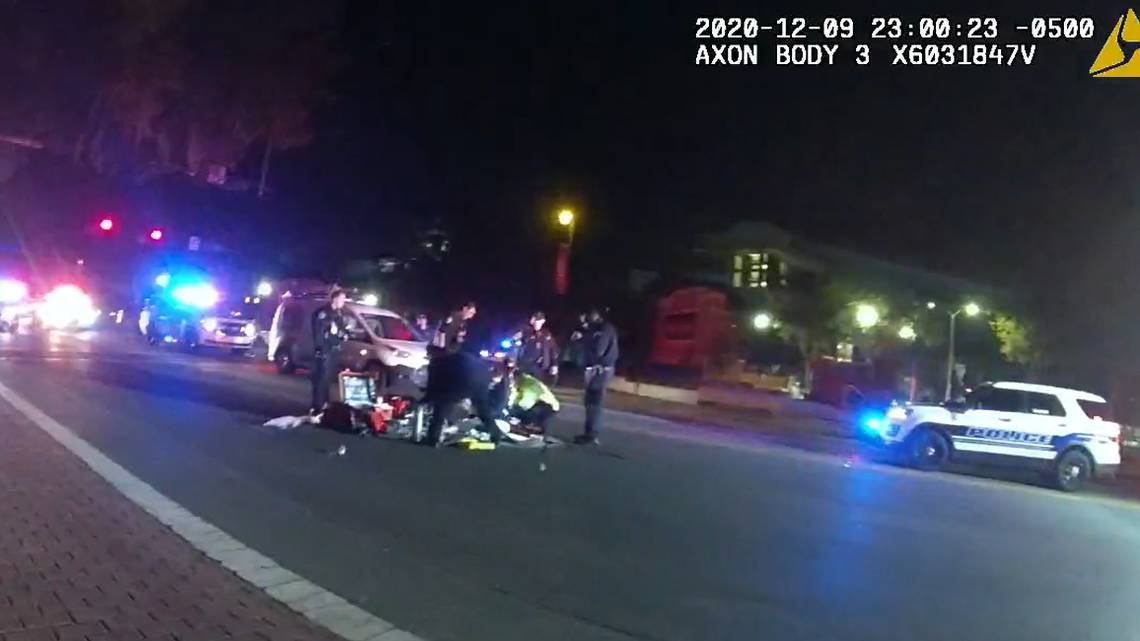 12176. In the moments before her death, a bicyclist gave police a key piece of information about the suspect who hit her and then drove away. Police now say that information has led to an arrest. Kayla Bowling, 29, died Wednesday after being hit by a car on the southeast side of Indianapolis.

12177. A female pedestrian was struck and killed in Oceanside by a car that drove onto a sidewalk, then fled Sunday morning, according to the Oceanside Police Department.

12180. ALEXANDRIA, Va. — Police say an 18-year-old woman has died after she was struck by an SUV while using a crosswalk on Little River Turnpike near Oasis Drive last month.

12181. A suspected impaired driver hit and killed a man who was using a walker in a marked crosswalk, telling officers he thought he had hit a shopping cart, Las Vegas Metro police said.

12182. Disturbing footage captured the moment a hit-and-run driver who is wanted by police slammed into a 12-year-old girl while speeding down a street in the Bronx.

12183. The driver that stayed on the scene told police that the suspect vehicle struck her several times before fleeing the scene, Wydra said. While investigating, the suspect returned to the scene and began doing donuts in front of the officers on Dixwell Avenue. Officers attempted to stop the suspect’s vehicle but lost sight of him.

12184. Milwaukee police are working to find the hit-and-run driver responsible for injuring a teenager Sunday, June 5 near 51st and Fond du Lac. Surveillance shows a car hitting the 17-year-old and driving off.

12185. Thousand Oaks deputies are asking the public for information about a hit-and-run incident Tuesday night that led to the death of a 77-year-old man.

12186. An 8-year-old student was exiting a bus after summer school when he was struck by a driver illegally passing the vehicle, according to Missouri officials.

12187. Authorities performed life saving measures, but the victim was pronounced deceased. According to officials, a vehicle struck the man while he was riding his bicycle. The driver fled the location and has not been located yet.

12188. A judge on Friday sentenced the driver in a hit-and-run that killed a University of Florida student to six years in prison with 15 years of felony probation and took away his driver’s license for the next decade.

12189. PHOENIX (3TV/CBS 5) — A husband and father of three went to the store and never came home Sunday. Police said Eddie Fierro, 28, was struck and killed by a drunk driver after his car broke down near 59th Avenue and McDowell Road. His family is devastated. “Really hard, the hardest thing I’ve ever done, been through,” said Michelle Springfield, Eddie’s wife.

12191. Police in Hope Mills are searching for a champagne-colored Toyota SUV after two men were struck by the vehicle early Friday morning. One man died, and one was seriously injured, police said.