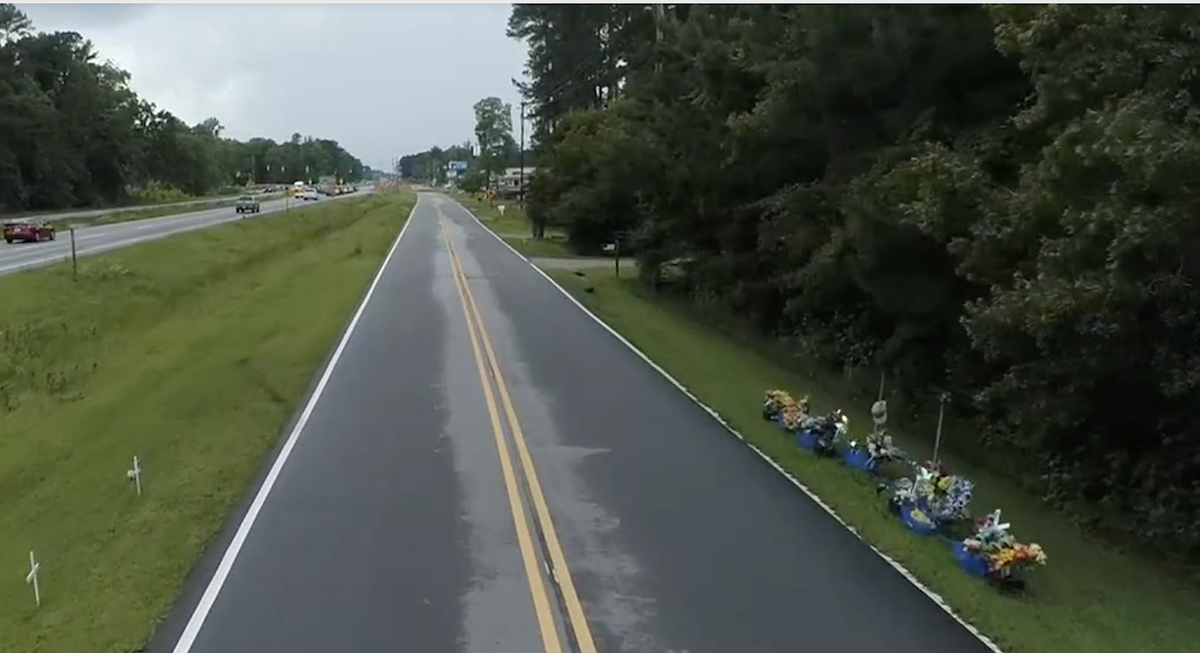 12163. An Eastern Carolina community is still coping with grief after a teenager was killed and two others were seriously hurt in a hit-and-run last year. Wednesday, one year later, family and friends are remembering the teen, Michael “Brayden” Rivenbark, 14, of New Bern, that was killed, as the other teens continue their recovery.

12164. “Cars are weapons, and that is what is happening here,” said Metro Detroit Yemeni Community Leader Mohamed Sohoubah.

12166. The Sheriff’s Office accident reconstruction team determined that a car heading east on Harrison Road hit the man, identified as 32-year-old Keith Lawrence Ballard of Burke. The violent impact caused several pieces of the car to be left at the crash scene.

12167. The pedestrian died at the scene, and was later identified as 31-year-old Chase Nelson, says APD. The driver who hit Nelson did not stop to render aid and fled the scene.

12168. Krueger’s family is asking the person responsible for his death to “please have the conscience, the heart, the bravery to come forward and let [them] know what happened.”

12169. Bend police sought information from the public Wednesday to help find a suspect in a hit-and-run crash in northeast Bend late Tuesday afternoon that injured a 15-year-old e-bike rider.

12170. “You can see in the video, you see an officer also in front of her try to make a left turn,” Voung said. “The Hummer, in the video, also trying to make a left turn in the opposite direction. The Hummer guy Just got panicked, or something happened. He makes a left turn, and he ran over the pedestrian. So, the pedestrian did not make it.” The Alameda County coroner identified the victim as 73-year-old Emelia Martinez of Oakland. OPD investigators said the officer in the patrol car seen in the video made a U-turn to assist the victim at the scene. Voung says this is just the latest incident of what he calls “lawlessness” in the City of Oakland.

12171. Capitol Police Officer Thomas Smith was indicted by a federal grand jury on seven charges stemming from a 2020 hit-and-run in Georgetown in which Smith allegedly crashed into a man on a motorcycle, knocking him into the air and injuring him before fleeing the scene and trying to cover it up.

12172. The man, whose identity has not been released, was taken to the University of Louisville Hospital where he later died of his injuries.

12173. A 64-year-old Orlando man who was pronounced dead after being found lying in an Orange County roadway on Saturday is believed to have been struck by at least two vehicles, according to the Florida Highway Patrol.

12174. Prosecutors say Alexander Armond Smith admitted to police of being under demonic control or having demonic thoughts when he allegedly hit and killed 12-year-old Ghadir Saleh who was walking with her sister who was also hit.

12175. St. Cloud police are looking for the driver of a 4-door sedan after the vehicle struck a 7-year-old boy and drove away on Friday evening.