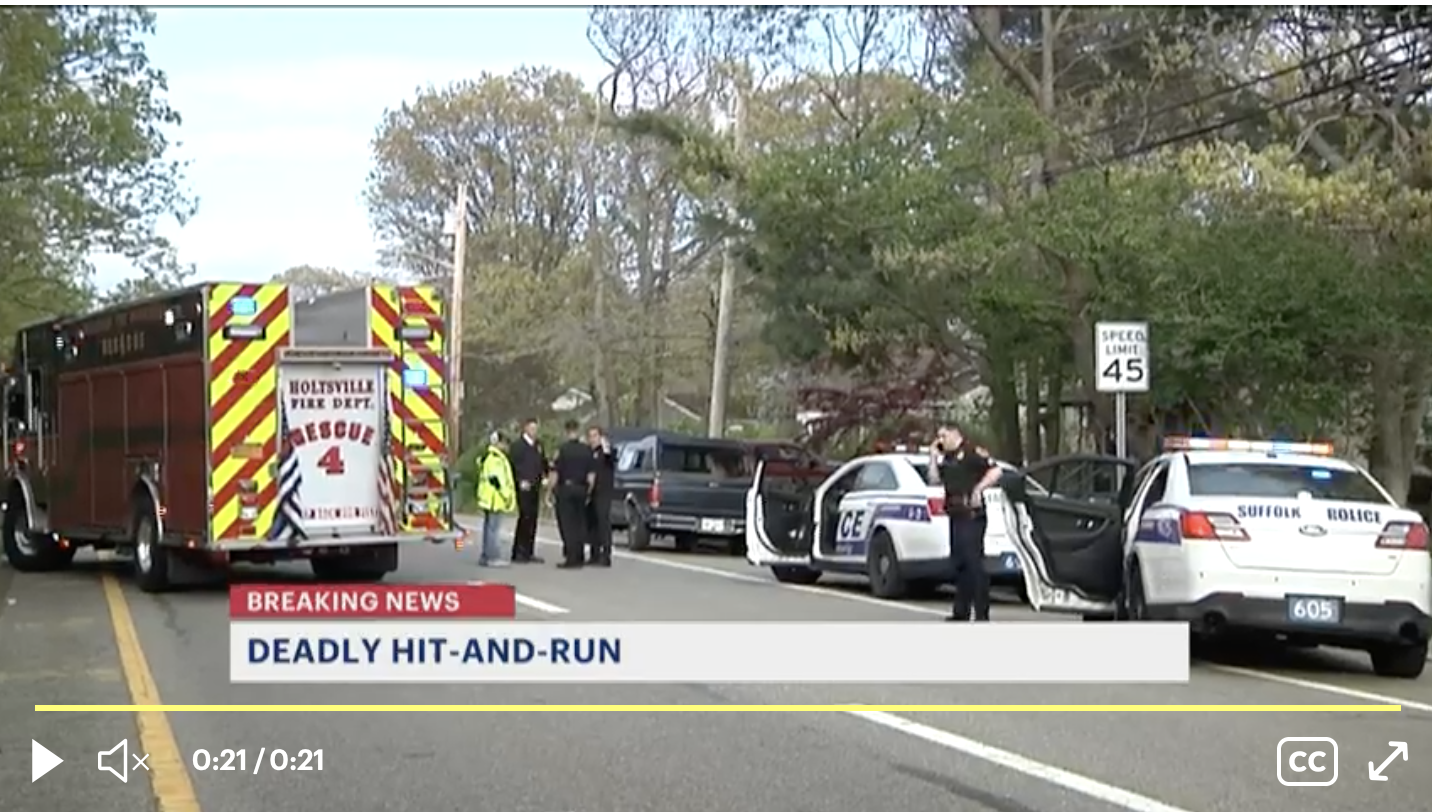 12097. “We want to thank the family and friends of the victim, Douglas Clark, for their patience and confidence in our department during this investigation,” police said in a statement.

12098. A woman died and a child was listed in critical condition after a hit-and-run in Salt Lake City, police said.

12099. He told officers that he had just left an apartment and was delivering meals. Everything went black as the vehicle struck him from behind, he told police.

12100. “It hit him very hard, and he had multiple traumatic injuries,” said Stephen Trowbridge. “Monday morning my son googled his uncle name, my brother’s name, and saw the news story about how he had been killed by a hit and run driver. It’s not too late to do the right thing. If it’s the person that sees this that did it, turn yourself in, it’s the right thing to do.”

12101. “Something is not right at this moment, but I spoke to the police officers about the case. They have like six, seven investigators working with that case,” said Janvier. “We’re waiting for the result. When I get the result, I’m going to keep talk to you, but right now, I cannot say anything else.”

12102. There’s also police body cam of an unapologetic 17-year-old female arrested after a witness told police the teen’s speeding car allegedly hit and then ran over 5-year-old Apolina Asumani as the little girl crossed the street. The driver took off from the scene, and tragically the little girl died at the hospital. The 17-year-old yells at police, “On my birthday too. Happy birthday (expletive)!”

12104. A Metro bus may have also possibly hit the pedestrian after the initial crash, according to police.

12105. Police said a 12-year-old child was getting off the bus just before 4 p.m. at Jewella Avenue and Silver Pine Boulevard when she was hit while trying to cross the street.

12106. LeBlanc, in his initial statement to police, claimed he and his friends were hanging out on Flagler Avenue near the park area when someone stole his car. Police said his three acquaintances gave similar stories “but there were many differences in their statements,” police wrote in the report. Two of the acquaintances later recanted their statements before police left the home. They went to police headquarters where they told detectives “they were told to lie for LeBlanc.” They admitted they were never on Flagler Avenue or by the park and “it was all made up.”

12107. Police are searching for a driver who struck and killed a bicyclist in East Feliciana Parish late Friday night.

12108. A 19-year-old has been seriously injured in a recent Montgomery County hit-and-run, authorities said. The Gaithersburg native was found suffering from life-threatening injuries after being struck at the intersection of Columbia Pike and Prelude Drive in White Oak before 10 p.m. on Thursday, May 5, Montgomery County Police said. The victim was taken to a local hospital for treatment.

12110. A Queens woman was crushed between parked cars Sunday as she tried to stop an out-of-control stolen truck — leaving her critically injured on the ground as her young daughter screamed, “Mommy!”

12112. The driver of the motorcycle is described as a heavier set man with dark hair and a beard. At the time of the incident, he was wearing jeans and a maroon shirt. Wolfsen said police consider the man a suspect in the incident.

12113. In an incident report, Catherine Leary was said to be crossing the street where the suspect hit her. Leary soon died from her injuries, authorities say. Video surveillance provided by the Atlanta Police Department shows the suspect fleeing the scene.

12114. There is no information on the victim or a description from police of the vehicle they are looking for.

12115. During their investigation, police were able to find video surveillance footage of the suspect’s vehicle, which they say hit the woman, who was a pedestrian, leading to her death. Later Wednesday, police say they were contacted by a relative of the suspected driver, identified as 20-year-old Kevin Torres-Valencia of Wilmington. Based off that relative’s tip, officers arrested Torres for felony hit and run.

12116. Los Angeles police are searching for a hit-and-run driver who fatally struck a woman in Harbor Gateway this week, authorities said.