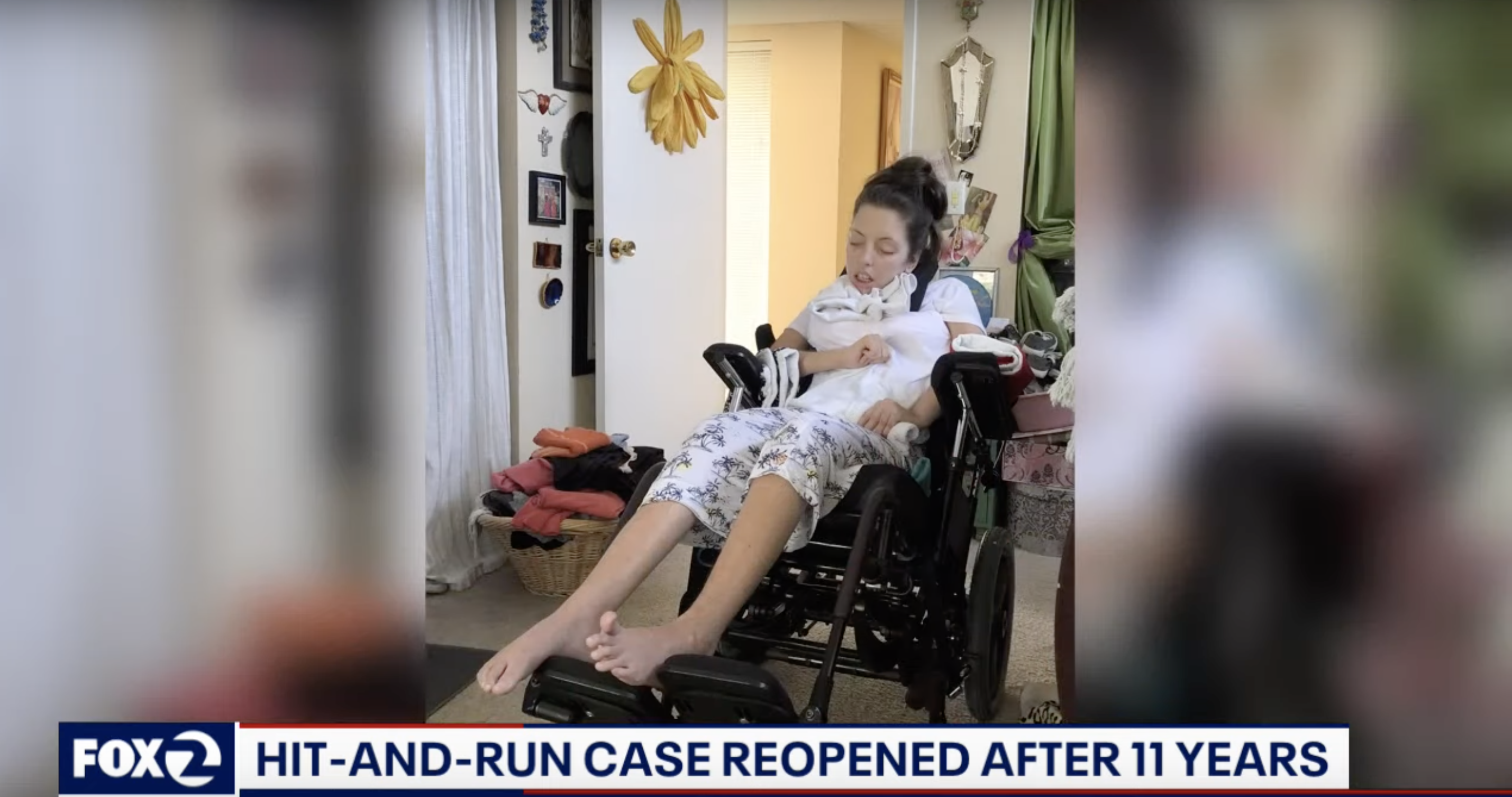 12065. “We need to get this family some type of closure. You know, just to hit a person and continue to go . . . I actually, it’s inhumane. We need to talk to this person,” Det. Lt. Marlon Benson with Oak Park Public Safety said. “She was out for a walk, coming from one of the local stores and was crossing a crosswalk when she was struck by the vehicle.”

10266. The Kissimmee Police Department is seeking help from the public to locate a vehicle involved in a deadly hit-and-run incident from 17 months ago.

12067. Molina is mourning the loss of his father, 52-year-old Ronald Molina, an immigrant from Guatemala who built a successful landscaping business while helping to raise two sons and a stepdaughter. “It’s been really hard, and we’re kind of all as a family trying to process this slowly,” Alex Molina said.

12068. The bicyclist that was hit suffered life-threatening injuries and remained in the hospital as of last week. The man sustained serious bodily injuries, including several broken bones. Right now, that bicyclist is in stable condition.

12069. COLUMBUS, Ohio — A 20-year veteran of the Columbus Division of Police has been suspended after he was linked to a fatal hit-and-run Wednesday morning, according to multiple reports.

12070. San Jose police have asked for the public’s help in locating a 55-year-old suspect wanted in connection with a hit-and-run collision that left two women dead earlier this month. Jose Carrillo-Huizar was identified Thursday as a suspect in the hit-and-run that occurred on April 7 in the area of Ocala Avenue and Oakton Court.

12071. A bicyclist critically injured in a hit-and-run last week on Chicago’s Near West Side has died, city police said Thursday. Coroners identified the man as 42-year-old Paresh Chhatrala.

12072. PALM BAY, Fla. – A Palm Bay man was arrested Wednesday, nearly a year after hitting a man with his car and driving off while high on fentanyl, according to the Palm Bay Police Department.

12073. A 15-year-old girl who was struck by a car in San Jose 11 years ago died of her injuries this week, police said, prompting authorities to reopen a hit-and-run investigation into her death.

12074. Police are looking for a hit-and-run driver accused of stealing a flatbed truck and hitting a pedestrian in the Bronx.

12075. A pedestrian on the shoulder of a roadway was struck and killed by a fleeing driver, Kentucky cops say.

10276. “It makes me sick. It almost — it makes me rage,” John Jorgensen, golf course superintendent at Monarch Bay Golf Club, told KTVU about the death of worker Ismael Hernandez.

12077. FLORENCE COUNTY, S.C. (WMBF) – Authorities in the Pee Dee are asking for the public’s help to locate a vehicle connected to a hit-and-run. The South Carolina Highway Patrol said the collision happened shortly after midnight Saturday in the area of East Palmetto Street near South McCurdy Road when a bicyclist was struck by a vehicle, reported to be a 2004-2007 Buick Rendezvous.

12078. The family of 25-year-old Naimo Abdirahman says she was the woman killed in the hit-and-run involving a Columbus police officer. …

“My sister was a very sweet person. She was very kind, very helpful and very smart person,” said Mataan. “It makes us very, very sad why they haven’t contacted us at all.”

12079. The man — who is from Kenner, located about 13 miles west of downtown New Orleans — told officers Cora Chambers was his mother and proceeded to confess to her murder, according to police. Officers said they found the woman’s body, as well as the murder weapon, inside the house. The man told police he was the driver of the vehicle during the hit-and-run.

12080. BRISTOL, Pa. – A Bucks County man is facing charges in a deadly Christmas Eve hit-and-run after he turned himself in on Monday. According to police, 65-year-old John Dugan was walking to a Christmas party with a woman on State Road near 4th Avenue just after 5 p.m. when a suspected medical condition caused him to fall into the road.

12081. “I just wanna know why they didn’t stop. People don’t need to be hurting people and if people are getting hurt then we should be there to help them,” he said.

← Hit-and-Run America, Vol. DCCCLIX
I Have A Podcast! →