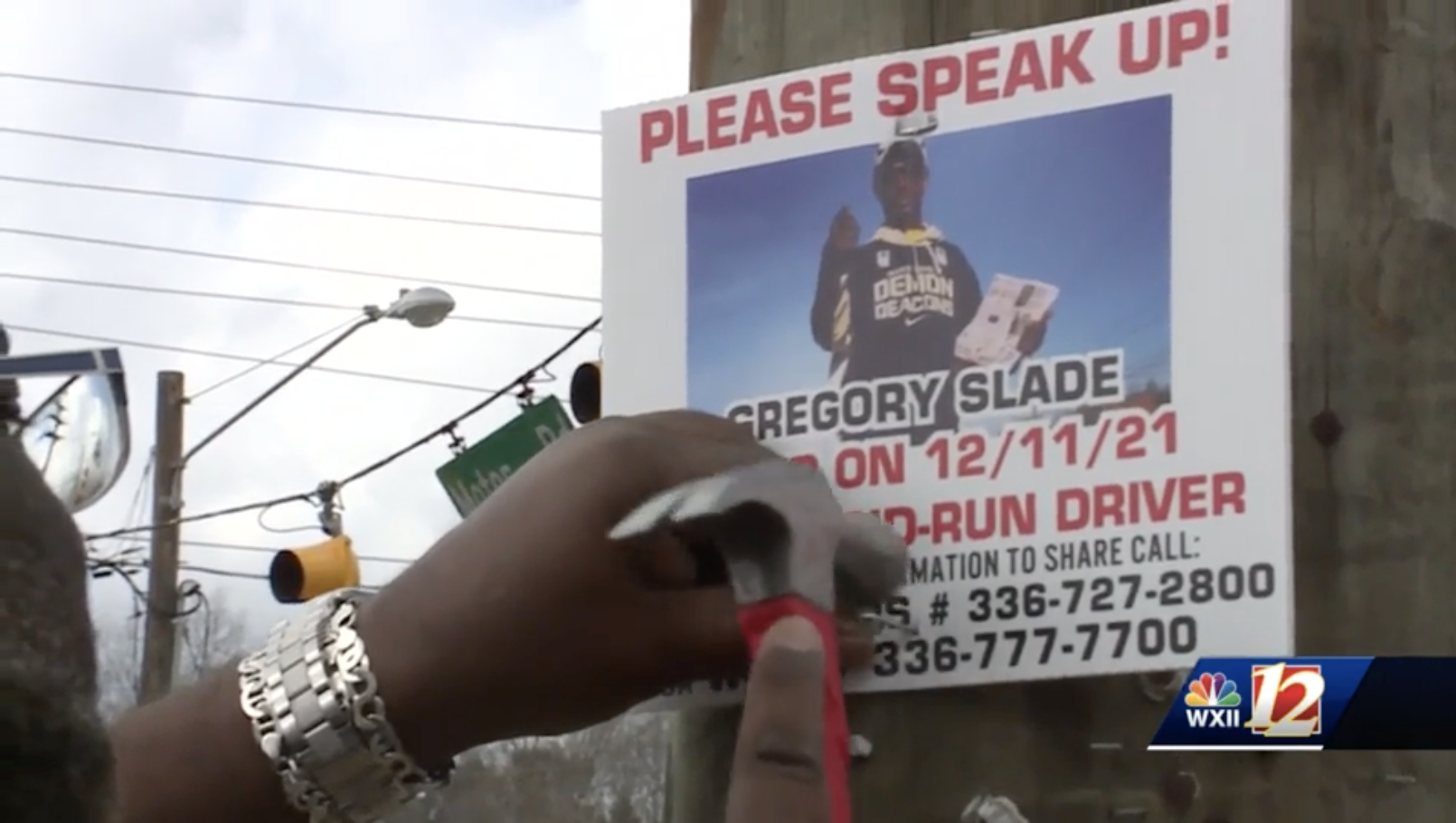 11969. A 15-year-old boy is dead after he was struck by a pickup truck while riding a bicycle, and the Riverside Police Department is searching for the driver who fled the scene.

11970. As the victim, 41-year-old Laqueseish Mosley, is trying to cross the street, video shows the white SUV slam into her. Mosley is sent flying into the air and over the vehicle before she takes a hard fall into the opposite lane of traffic.

11972. LAKEWOOD, Ohio — Lakewood police are still trying to find the person involved in a hit-and-run that sent a 73-year-old man to a Cleveland Clinic intensive care unit.

11973. Plevritis was also accused of deleting surveillance footage from his own store’s cameras. The footage from those cameras was missing on the day Haljean was struck, but not the day before or after, Hanichak said.

11974. Investigators believe two pedestrians, an adult mother and daughter, were crossing Southwest Hall Boulevard when they were hit by a driver who left the scene. The daughter, a 57-year-old woman, was pronounced dead at the scene.

11975. “I don’t know how people do that — he’s a little kid,” friend Jeremiah White said. “You don’t even check on him to see if he’s okay?” The other bicyclists are seen running to help Javi, but he did not survive.

11976. Indiana State Police are investigating the fatal hit and run that happened around 9:30 Tuesday night. Police say Brendan Allen was walking eastbound on I-70 near the Rural Street exit when he was hit by an unknown car that fled the scene.

11977. “Rakesh was one of the sweetest young men. He was kind and wonderful and a promising young doctorand his girlfriend is devastated beyond words,” said a friend.

11978. Almost exactly a year after the Portland Police Bureau’s internal affairs division initiated the investigation, the city released the full internal affairs case file generated from its inquiry into the identities and motivations of the city employees who leaked confidential information from an incident report that falsely named Commissioner Jo Ann Hardesty as the driver in a March 2021 hit-and-run crash.

11979. “The witness is scared to death. Whatever that relationship is, the guy is afraid,” Jones said.

11980. The person responsible for a deadly hit and run incident is still at large, and Little Rock police are asking for the public’s help in the investigation. Police say that Angela Ingle was struck by a vehicle on Geyer Springs Road near the Interstate 30 intersection on Feb. 12.

11981. “We just want justice for our brother, as we’ve always said,” said Beverly Slade, Gregory’s sister. “If you turn yourself in, or someone turns that person in, it’ll help us a whole lot. It’ll never bring him back, but we’ll at least have some type of peace.”

11982. The DuPage County coroner has identified the 16-year-old boy who was killed Saturday night in a hit-and-run crash in Burr Ridge as Alex L. Hunt of Chicago.

11983. Sunday evening was a night that will haunt Erin Lopez forever. Her 12-year-old son Brandon  had called minutes earlier asking her to pick him up from Legacy Church in Portales. “I stopped my car in the middle of the road and I said that’s my son,” Lopez said.

11984. “I’m so hurt; I am so hurt. I can’t believe this actually happened to my sister,” Gwen Barlow said. “Not Darlene. Darlene, the one that loved everybody and leaved her lipstick on all the time.”

11985. Allentown police officials announced that a suspect, Jose Gonzalez-Roman, is wanted in relation to the fatal hit-and-run of a pedestrian. The deadly incident happened on Feb. 15 in the areaof 17th Street and Sumner Avenue, officials say.

11987. A 62-year-old woman was fatally struck by a hit-and-run driver in Brooklyn after she apparently stumbled into the street, cops and police sources said.

11988. “A 16-year-old boy just walking across the street, minding his own business, and that someone would strike him and not stop to offer aid, it’s disturbing,” Loftus said.